The Family Jewels/Electra Heart by Marina and the Diamonds

“OH MY GOD. You look just like Shakira!” These are often the first words sung from my mouth when I see a certain friend of mine in the morning. Followed immediately by, “No, no, you’re Catherine Zeta?” and then her response: “Actually, my name’s Marina!” <Cue the dissolving into giggles> If I had my choice, I’d probably paint a heart by my eye everyday to show my support of Marina Diamandis. She’s easily my newest favorite artist, but unlike all my previous “favorite” singers, she’s stuck with me far longer than even my parents expected. In fact, my dad was the one to introduce her songs to me. I don’t remember what caught my attention the most: the sound of her voice, so deep and lilting one moment, then high and flirtatious the next, or maybe the sound of the music, so unique to a mind used to radio stations stuck on Katy Perry, Maroon 5, Rihanna, and so on. Maybe it was her lyrics. “One life with one dream on repeat…I’ll escape if I try hard enough…‘til King of the Jungle calls my bluff…” Never before had I found myself buying over a dozen songs all by the same person. The difference, I’ve decided, between her and other singers, is precisely that her songs are different…from each other. None of them sound anything like each other, but they all have a very definite twist of Marina. How to Be a Heartbreaker, I’m on my feet dancing like I’m cuckoo <wink, wink, fellow Marina fans>, Lies, and I’m practically in tears for her, Teen Idle, and suddenly I want to go give all my friends a hug. She’s beautiful and talented, and the words that pour from her mind also come from her heart. Before you ask, she sounds the same on YouTube and iTunes as she does ten feet away on a stage. Marina and the Diamonds…or really, just Marina. This is a woman who managed to alter a few lyrics in a song I’ve never cared for, and then instantly won me over with her live video of her singing it a capella. What song was this? None other than Boyfriend by Justin Bieber. No longer a song about “swagger”, it’s a song about a frustrated girl and her ex-boyfriend, and what he could’ve done to treat her better. I hope she continues to tour and will here again next year, as her concerts are not to be missed. I have yet to hear her on the radio, but I promise that when I do, the volume will be turned waaaaaaay up. She’s obsessed with the mess that’s America, and I’m obsessed with the jewel that’s Marina…. 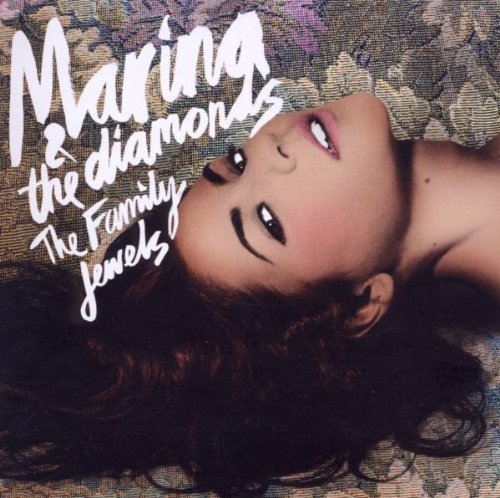 
Buy from Amazon Available on iTunes
The author's comments:
I pretty much became a huge fan overnight, and when I found out there was a sold-out show less than an hour from me, I kinda freaked. Multiple hours and false starts on Craig's List later, I found enough tickets for me, my dad, and my friend, who I'd also managed to infect with the Marina-flu. It's very contagious. ;-)
Post a comment
Submit your own

View profile
Just by the way to anyone who gets frustrated when they can't find her version of Boyfriend by Justin Bieber: I wrote that it's a cappella, but I meant to say it's acoustic. Not sure why my brain switched them, but there you go.