Angles by The Strokes | Teen Ink

Angles by The Strokes MAG

“Angles” by The Strokes is a terrific album that shows off the band's creativity like no other. It is their most diverse album to date.

The Strokes are often characterized by their distinctive guitar melodies, sizzling vocals, and garage-band roots. In “Angles,” the band pushes toward a different type of music. At times it can sound mysterious and even unearthly. In fact, it gives listeners the impression that they are hearing an echo from the future. This album breaks away from the firm grasp of contemporary music, and while doing so, acts as a pioneer into the forthcoming wave of new music.

“Angles” begins with a friendly track called “Machu Picchu.” The song acts as a transition from the old version of The Strokes to the new. It features electronic elements and traditional guitar appearances, as well as backing vocals. The single “Gratisfaction” is also pleasing in its traditional Strokes roots. “Under Cover of Darkness,” the second song, ranks as one of the best ever by The Strokes. It covers a wide spectrum of guitar melodies, especially with the electric guitar. It also includes the lead singer, Julian Casablancas, at his finest. Throughout the song, his vocals are more polished and clearer than in any of their other songs. The lyrics are also exceptional.

The remainder of the album is unfamiliar territory for listeners, which makes it so unique. “You're So Right” and “Taken for a Fool” are smothered with electronic influences. The track “Games” is cleverly titled, since it, too, is an example of the band's willingness to play with new sounds. Other notable tracks include “Metabolism,” “Call Me Back,” and “Life Is Simple in the Moonlight.” Each presents new and exotic musical elements.

“Angles” is an extraordinary album that ventures far beyond the comfort zone of most contemporary bands. The music is new and creative, which is contrary to the earlier hits by The Strokes. Earlier albums, “Is This It” and “Room on Fire,” brought back the zest and flame of the garage band days, while “Angles” is a sign of what is to come. The fact that The Strokes have been able to cover so much ground is quite a feat. Bravo! 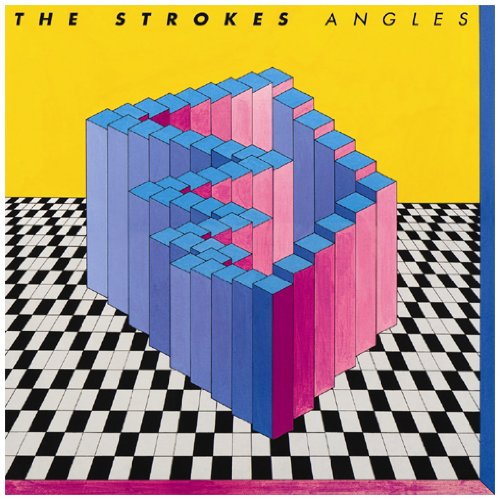