Direct Hits by The Killers

Throughout their career, The Killers have always hit the mark when it comes to innovative music. A glance at the name would suggest them to be a group that sputters out poorly tasted heavy metal or intense screamo rock, but that is certainly not the case. In truth, the Nevada-based band has been one of the leading indie bands in recent years and has been one of the few to actually crack mainstream radio. Single “Mr. Brightside,” for example, was voted one of the best songs of all time by NME magazine. But with the release of “Direct Hits,” it would appear that the end is near for the band. Overall, the album provides an excellent summary of the group’s career.

Chronologically ordered, “Direct Hits” acts as a timeline. The transitions from album to album are evident, and the listener cannot help but notice that their earlier work clearly outshines the singles they have released most recently. Their early rise to success was especially impressive considering they developed long after the rise and fall of the 2001 rock revival and had to grow from out of its shadow. Hit singles “Somebody Told Me” and “Mr. Brightside” were more than enough to propel them to the high profile status they hold today.

The Killers have not only leaned on the rich vocals of lead singer Brandon Flowers, but have looked to him as a source for inspiration as well. Flower’s fascination with electronic and ‘80s music has evolved into the band’s signature sound.

Even in recent years, the influences are still present. “Runaways,” for example, has U2 written all over it.

Lyrically, they are unconventional as they come. “Are we human or are we dancers?” from the song “Human” would make nearly all English teachers cringe, but somehow it has emerged as one of the the most memorable lyrics of all the last decade. To include such questionable lyrics is a risky gamble, but it is fresh, unique and acts as a pillar that shapes the identity of the band.

Indie fans everywhere should be dissapointed if this album indeed marks the end of the great career of The Killers. They will certainly be missed. 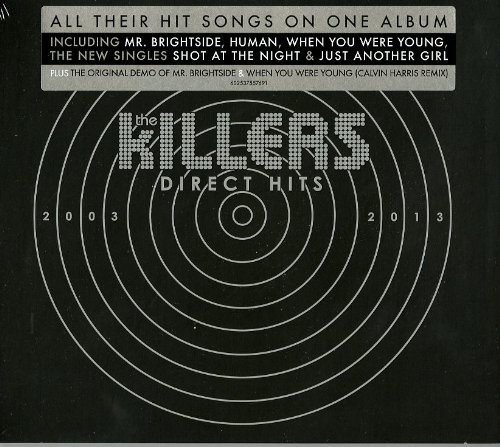 
Buy from Amazon Available on iTunes
The author's comments:
Written for my High School newspaper.
Post a comment
Submit your own