Sometimes, a heavy dose of things can be a good thing, and this is definitely true with Mayer's sophomore album. He brings all the sounds he's got, and offers mature, free ideas not present in his first album, "Room for Squares."

If you don't already know about him, this Connecticut-native blues singer first came into mainstream play last year when his single "No Such Thing" became a hit across the country.

At the Grammy's his triple-platinum music, including tracks from his debut album, was nominated for three awards. He took one home for Best Male Pop Vocal Performance over an amazingly famous company of nominees, including Sting and Elton John.

This time around, Mayer gets into some deep issues that are more mature than his last album, but there's still something that everyone can relate to, ranging from the talk about changing over-analyzing personalities in "New Deep" to the ins and outs of love in "Split Screen Sadness." Moreover, he talks about the love between a father and his daughter in the melodic "Daughters." It's one of my favorites, and I think it's the most Grammy-worthy song off this album.

His instruments are amazing too, as he goes more bluesy and jazzy in the majority of the album. Mayer's soft voice lays it all out, making it pleasing to the ears. Many guitarists and fans will love his use of guitar.

With its great songs and cool music, "Heavier Things" is excellent and definitely tops the debut album, ridding Mayer of the dreaded sophomore-album disappointment. If you're a fan, you will definitely enjoy this. It will appeal to anyone looking for something unique that you can really relate to amid mainstream music.. 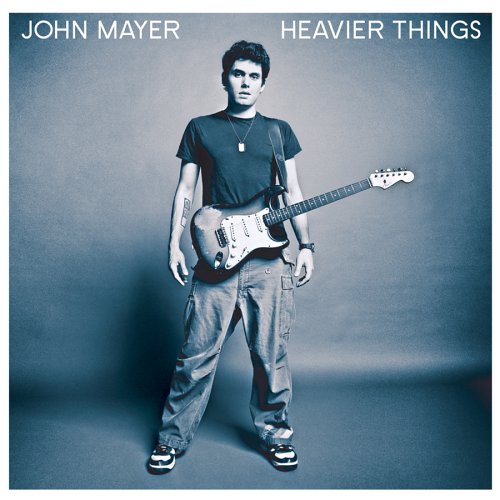 Favorite Quote:
"Stop acting so small. You are the universe in ecstatic motion." ~Rumi