There are few in this current, modern world who truly understand and communicate music like Yiruma. Starting his phenomenal musical career from the age of five, the Korean Yiruma proves to be a one-of-a-kind pianist. The many unique pieces by the remarkable pianist are individual works of art in every shape and form, as the music touches the listener in almost every possible way. There is a piece for every serene feeling inside of us: from love, to hope, to sadness.

Yiruma’s moving music has been spread across Asia, Europe, and the United States. The earliest album was released in two thousand-one. This album was called Love Scene and it contained songs like “Looking Back” and “Sunny Rain,” though this album was not the most popular of the several albums he released. The more famous songs came later, these being “River Flows in You,” on the First Love album and “Kiss the Rain,” on the From the Yellow Room album.

His music is today still widely appreciated as magical and eternally magnificent, as every note holds the listener until the very end. Yiruma’s pieces are definitely recommended to anyone who desires music without a pulsating bass line or a screeching vocalist and wants a new kind of way to listen to piano music.

On a more personal level, I have listened to almost every piece by this miraculous composer, and I still feel a different emotion every time the first few notes are played. There are still times when I will be listening to one of his songs and I will begin to feel emotional. His music expresses what we, at times, cannot. I, being a writer, sometimes play one of his songs for inspiration, when I find that it provides me with one that is so incredibly profound that I cannot put it into words. The messages that Yiruma selects as the basis for his pieces are true and human, but the way that he fits them into the world of music is stimulating and moving.

If you choose to listen to one of Yiruma’s wonderful works I assure you never again will you experience music the same way. In the back of your head, Yiruma will remind you of the magic you heard. You’ll never again feel the same way about Bach. 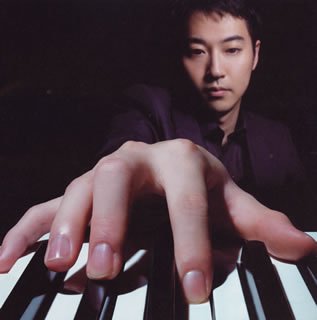 Favorite Quote:
There are as many ways to live as there are people in this world. Each one deserves a closer look.

"Magic" is definetly something that describes the songs. Especially "River flows in you". I love it!    <3

I will never feel the same way about music ever again.