Everyone knows about Superman, and most people know something about his
story. The question is, what happened before Clark Kent, a regular farm boy,
became superman? Smallville, first season answers that question, pulling you in
right in from the beginning. With highly inventive writers who are obviously
having a good time making Clark's life miserable, this season becomes very
gripping and original!
It starts out in Clark Kent's freshmen year at high school where he makes
friends and falls in love (obviously, I mean c'mon what would anything be
like without a little romance involved?) and this is where it all starts.
The plot line for this season isn't very intricate or complex, mostly with
just a lot of dangerous meteor freaks threatening Smallville High. If you've
already watched it, you'll know what I'm talking about. For those that
haven't,meteor freaks are basically regular people who gain special
abilities from kryptonite, like the ability to engulf your enemies in
flames, or persuade someone to do just what you want. Although the plot may
be lacking, the romance,peril, and just plain ordinary farm boy life more
than make up for it. Of course, added to all that are Clark's special
abilities(although don't look for all the powers he has as Superman, he'll
get those later) and the tension as he tries to hide his identity from the
world. Good acting also play an important part in this season, and Tom
Wellings and all the rest of the cast, do a spectacular job in fulfilling
that role.
Smallville, first season is an epic beginning to a series that is steadily
growing in popularity. You cannot miss this, for it is definitely in my
opinion one of the better TV shows out there (although Buffy the Vampire
Slayer is also really great) and it is highly addictive once you've started.
Anyways, enjoy and happy watching! many hours in front of the TV await you. 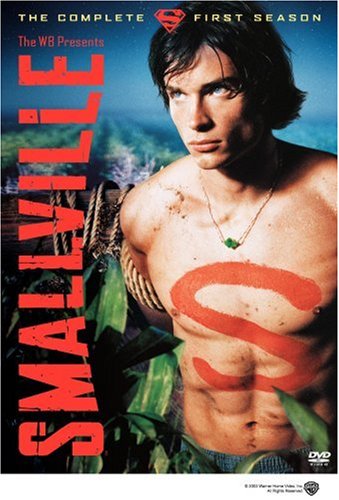 View profile
wow. Sorry the writing is all choppy on the side. I didn't know it would turn out like that.