JONAS is about Joe, Nick and Kevin Lucas, three brothers who have to juggle school and regular teen life while also being one of the world's hottest teen bands, JONAS (named after the street they live on). With their best friend/stylist, Stella (or Stellalist, as Kevin likes to refer to her as) and their #1 fan, Macy, they deal with every day problems like acing a geometry exam, dealing with detention and catching the eye of the cute girl in the school band.

The early episodes of this series must be watched with an open-mind: the series features six new actors and is an exaggeration on the Jonas Brothers real lives. The first half of the first season would most likely only be enjoyed by JB fans, but the later episodes could be enjoyed by all. It was made to be a dorky comedy with over exaggerated acting and characters, yet it is still believable and enjoyable show. Even my sister, who can't stand the Jonas Brothers, loves the series. Give it a chance. 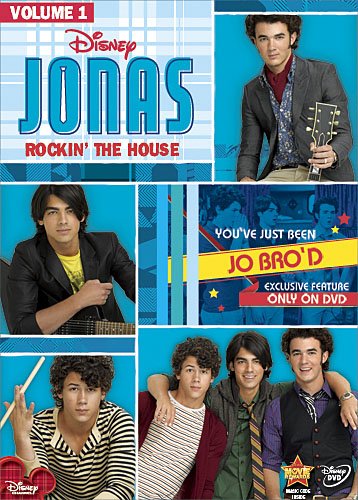 View profile
Oh, don't get me wrong, I love JONAS, it's just at the beginning since the boys were new to acting on a sitcom it wasn't that great and the whole series is a tad bit cheesy. People that don't like the Jobros most likely wouldn't like the show. That's all I'm saying... :)
teen_queen said...
on Aug. 7 2010 at 11:32 pm
JONAS is a good tv show actullay! besides, joe and nick are beyond hot!