The twelfth and second-to-last episode of season one of The CW’s wildly popular TV series, Riverdale, starts right where episode eleven left off; with F.P. Jones, Jughead’s dad, being arrested and with Archie Andrews and Veronica Lodge telling their parents that they know F.P. is innocent in the murder of Jason Blossom. Finding out who murdered Jason has been the main premise of the series so far, and now that it has been reveled that F.P. is pleading guilty to Jason’s murder, the season can end with the main mystery solved, right?


Wrong. Episode twelve did answer who murdered Jason Blossom (newsflash: it actually wasn’t F.P. Jones), but it also brought so many questions into light; like what is the Blossom family hiding from Cheryl, besides the fact that her and Betty Cooper are closely related? Why is Penelope Blossom so excited that her future grandkids, from Jason and Polly Cooper, are going to be purely Blossom? Why didn’t Hal Cooper tell Polly that she’s really a Blossom when she was dating Jason? Why would Clifford Blossom murder his own son?


Besides all of the new and unanswered questions introduced in episode twelve, some previous questions of lesser importance were answered, like is Archie going to stay in Riverdale with his dad or move to Chicago with his mom (he chose to stay in Riverdale). Or is Veronica’s dad ever going to get out of prison (yes, yes he is). For a TV show based on the Archie Comics, Archie seems to have a secondary plot line throughout the show.


Throughout the drama of really discovering who killed Jason, because Jughead and the gang just knew it wasn’t F.P., they discovered some other plot twists. Yes, Jughead’s dad was involved in Jason’s murder, but he didn’t commit the crime; Clifford Blossom did. They also discovered the body of a Southside Serpent who had overdosed and might have be an accomplice in the murder. And at the very end of the episode, once everyone, including the Blossoms and Sheriff Keller knows that Clifford Blossom shot his son, the police arrive to Thornhill, the Blossom’s estate, to find that Clifford Blossom has hung himself in the barn.


With all the plot twists and unanswered questions, people cannot wait for them to all be answered, but with only one more episode of season one of Riverdale until the hiatus, people will just have to spend months thinking of their own theories and other possible plot twists to continue to make Riverdale as addicting and binge-worthy as the first season is proving to be. 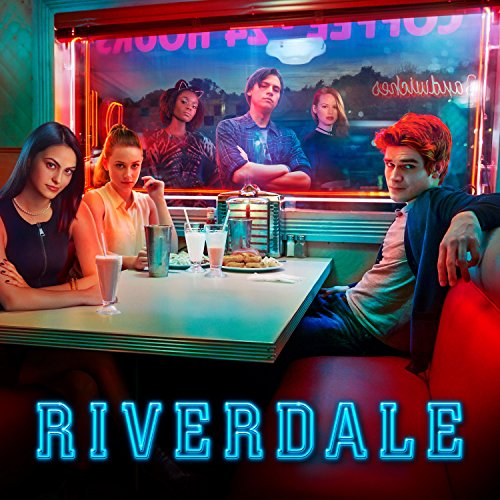 Favorite Quote:
"Of course it is happening inside your head, Harry, but why on earth should that mean that it is not real?" - Albus Dumbledore

View profile
I love Riverdale!! I don't know why I was so surprised that Clifford killed Jason. Somewhere in the back of my mind I knew that, but I was still surprised.