A personal favorite and a favorite among racing garners, "Burnout Revenge" is the fourth installment of the "Burnout" series. For a game that was released in 2005, it has certainly been a hit ever since. The cars are fancier, faster, and now, ferocious than ever before.
The fourth installment focuses on a variety of racing styles in the middle of rush-hour traffic. The uniqueness of this game is added by vehicular combat, meaning the players can use their cars as deadly weapons. Some new concepts such as "traffic checking" (ramming same-way traffic) and vertical takedowns (landing on rival cars after a jump) have increased the player's arsenal to crash rival racers. A new game type, "traffic attack", pits the player to crash as many same-way traffic cars as possible and an old but fun gameplay, Crash mode, in which players attempt to cause an enormous crash, has some significant changes. In the game's single player, there are 169 events throughout three continents that are divided among ten "ranks". Ranks are promoted as players complete events and unlock new tracks, cars, and more events.
Push the pedal-to-the-metal as you speed across these tracks avoiding or ramming traffic and taking down your rival in any way possible. Take the initiative to go online and race players across the globe, as you take your revenge from them. Choose your weapon from fine-tuned cars to modified formula one cars. Speed is the factor between who's first and who's last. As the saying goes, "revenge is a meal best served cold". 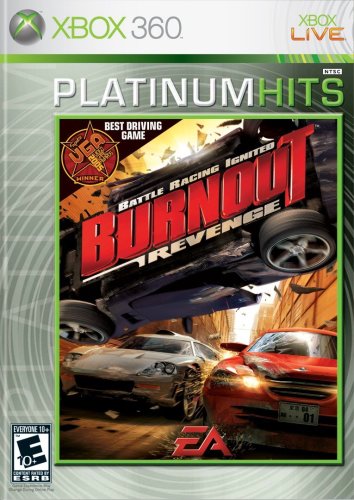