Let me start off this review with one simple question.

I know that's a weird question but hear me out. Life is stressful, it can make you angry, overworked and tired after a long day of work. And its healthy for that anger to be released, and sometimes you should release that anger by smacking around a bunch of insane part-mushroom people while in power armour with a cross between a chainsaw and a sword. If any of that seems at least the tiniest bit entertaining to you, I highly recommend Warhammer 40,000: Space Marine as an optimal choice for stress relief.

In the grim darkness of the forty-first millennium, there is only war. A time when peace, happiness, and prosperity have been replaced with war, death, and destruction. Not necessarily in that order, but necessarily in mass quantities. Mankind is now a bunch of genocidal, xenophobic zealots who worship the corpse of the Holy Emperor, the guy who united humanity together and created the space marines before his untimely death at the hands of the forces of Chaos, but we'll get to them later. The Space Marines were made as humanity's champions against the forces of Chaos and the Xenos races. A particularly large and powerful race of Xenos are the Orks. A band of war-happy half-mushroom people who's hobbies include waging war on anything that moves, shouting, and use the primary strategy of 'I'm gonna throw so many men at you that you will drown in their blood as you kill them'.

The Ork Warboss Grimskull has decided to invade the imperial forge world housing massive walking death machines called Titans. And the Imperium doesn't exactly want to deal with the Orks especially if they have an army of death robots on their side, so the Imperial Guard and Space Marines are sent to stop them. You play as Capitan Titus of the Space Marines to kick ass and take names. And stop the Orks from gaining control of the Titan by any means necessary. You are accompanied by Leandros, a by-the-books fresh out of training Marine, and Sidonus, Titus' close friend and veteran Space marine. After arriving on the planet, you meet Grimskull on his "Kill Krooza", destroy it, and proceed to kill even more Orks as you make your way to the Titan.

The story is pretty bare throughout the game, but that isn't really the main focus of it. The main focus is killing orks, and the game nails it perfectly. You start with only a wimpy bolt pistol and combat knife, but you slowly gain more and more powerful weapons as you progress, such as the bolt rifle, plasma gun, and chainsword. Jetpacks also become available, but only in certain missions. You have four weapon slots. Primary, pistol, heavy weapon, and melee. You can only canny one weapon for each category, so finding the loadout that works for you is very important. It can be hard with so many options, but I've found a lot of success in the default bolt rifle you get at the beginning. The shooting is pretty good, but melee is where it really shines. You have three options for a melee weapon, the chainsword, power axe and thunder hammer. The chainsword does less damage than the others, but can attack faster, the thunder hammer does the most damage, but hits the slowest, with the power axe being between the two in terms of damage and mobility. hitting scores of orks with all of these weapons is extremely satisfying. Damaging an ork enough or punching them puts them in a stunned state, where you can initiate a cinematic, instant kill attack that restores a ton of health. Orks can still damage you when performing these though, so picking the right time to shove your chainsaw in an ork's face before punching them into the ground so hard their head explodes is crucial.

You have two health bars. an Armour bar that can recharge and a health bar that only refills through kills. You also have an ultimate ability you charge by killing orks. After enough of them are dead, you can activate it for an instant armour recharge and jacked melee damage. Where the game lacks in story, it totally makes up for it in ork slaughtering action. Speaking of the story, after making your way through enough orks, you meet the totally not evil Inquisitor Drogan, who wants you to grab the energy drink he left in the freezer downstairs, which he tells us has enough power to kill every single ork on the planet. After more ork abuse and a run in with Grimskull, you grab the sacred sauce. But its potency causes a massive explosion which sends Titus into the cramped sewer level of the game. Titus re-unites with his men after making it out, and we give the sacred sauce to Drogan. Titus helps the imperial guard fend off the orks while Drogan creates the superweapon. When we arrive at the weapon to watch the fireworks, Drogan fires it, and we prepare for the final showdown with Grimskull…

The next part of the story is impossible to talk about without spoilers, but there isn't too much of a story. All I'm gonna say about this part is..well, the final stretch of the game is where it gets pretty boring. With the tankiest enemies now spawning, the game's flaws begin to become more noticeable without the testosterone-supplying feeling of cleaving through orks like a chainsword through butter, it becomes a boring slog of awkwardly hiding behind cover as you wait for the armour meter to recharge, popping out to shoot a bit, armour gets shredded, rinse, repeat. It's at this point I'd like to talk about the game's colours. While this is a personal preference of mine, the game is..really, really brown. And with the unskippable dialogue bits that pop up here and there, apart from a few exceptions, I found my eyes beginning to feel weird from staring at such a colourless bland world. I guess that's supposed to be kinda the point, highlighting the state of decay the massive city is in, and to highlight the deep blue of the marines and the green and red of the orks, but I still find it a bit annoying.

Although it becomes a bit of a chore near the end, the majority of the game is great. I recommend this game to 40k fans and people who enjoy a good power fantasy game with thirty bucks on hand. But not to anyone hoping for a stunning narrative. 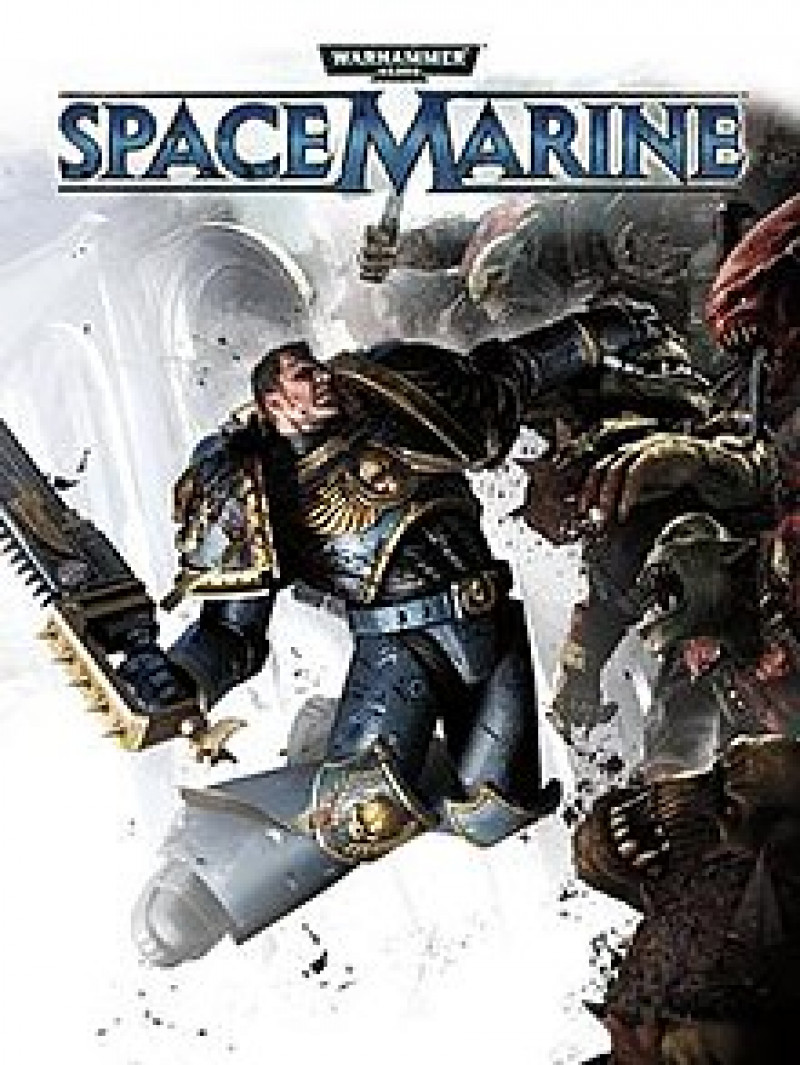