Most simulation games try to stay neutral on their themes. “SimCity,” for instance, never lays out its reasoning of urban planning. Games like these tend to point and reflect reality, and now and then, developers indeed question whether they have an ideology at all. “Democratic Socialism Simulator” (DDS) doesn’t fall into that category. This game, made by molleindustria and developed by Paolo Pedercini, makes you the first Democratic Socialist president of the United States and then confronts you with different issues such as scandals, environmental problems, and political influencers, all presented by colorful talking animals. DSS’ gameplay lays its (literal) cards on the table, encouraging you to modify America based on environmental sustainability, financial equality, labor organization, and citizen engagement. Animals, which act as your councilors, pose policy questions, which can be as complicated as building a border or as minor as picking your suit for an event. You drag the card toward one of two alternatives, and the game reacts with short- and long-term consequences. This, the developer has said, is a system of "choosing" borrowed from the dating app Tinder.

At first glance, this game looks quite like “Reigns or Dictator,” operating almost entirely in the same way. The only difference, albeit a major one, is rather than being an absolute ruler, you’re a president. A few choices aren’t achievable without the Congress' majority support, which depends on Democrats’ execution within the midterm elections, all of which comes down to how many voters like you and the choices you have made.

According to Pedercini, the game isn’t designed to be a “power fantasy” for Democratic Socialists, but rather a way to help the common population better understand and visualize new and future policies such as Medicare for All or the Green New Deal bills, with all the possible benefits and consequences they might bring. The game includes several hard decisions, and if too many wrong choices are made then you, the president, must deal with the consequences. These consequences vary, starting from losing your re-election for office, being asked to resign, and, if you are non-compliant with the authorities, being forced out of office and stripped of your title. DSS also pokes at and explores several current issues in the U.S. such as budgeting Space Force while trying to figure out its purpose, a very promising motion to cancel the student debt affecting millions of Americans, and a swift pathway to citizenship for the millions of undocumented immigrants in America. The game allows for every person to make a choice, regardless of their political opinion, even though they aren’t presented as equal in an ethical sense.

Every person can express themselves and their own opinions in a judgment-free place and watch what happens. At the same time, our developer implies that there are no messages or intentions about politics in the game, one reason being that it is greatly based on chance and unintended effects. The game also makes it quite clear to the player that you are playing a simulation. The nature of simulation is that they have artificial limits as well as a grave number of mistakes and unknown consequences. So instead of focusing on Democratic Socialism and everything political about it, the game touches on several ideas which people might consider socialist and plays out their consequences. And it does so remarkably well. This is a game I’d want to play. 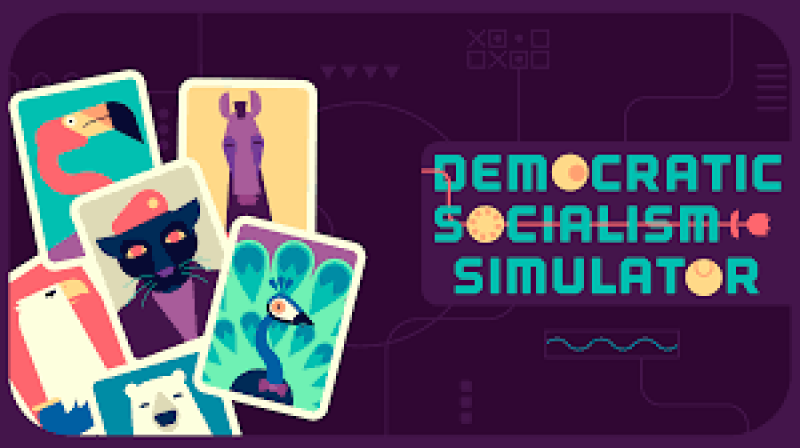