Four of the greatest musicians who ever lived are now dominating the video game scene, as John, Paul, George, and Ringo take you through a revolutionary and visually mind-blowing experience known as “The Beatles: Rock Band.”

When the first of many music video games was released in 2005, “Guitar Hero” and the people at RedOctane only left room for improvement. Then when “Rock Band” came out in 2007, the game reached international success in a matter of months. Well, now it is safe to say that the original “Rock Band” and “Guitar Hero” games pale in comparison to the greatest game ever released.

Designed by Paul McCartney and Ringo Starr (the two remaining Beatles) and Yoko Ono Lennon and Olivia Harrison (the widows of the other two), along with Beatles Producer Giles Martin, the game could not have been created by a better group of people.

This game includes songs from every Beatles album, such as “Magical Mystery Tour,” “Sgt. Pepper's Lonely Hearts Club Band,” and even oldies such as “Please Please Me.” Their earlier songs show the Fab Four playing at venues like the Cavern, “The Ed Sullivan Show,” the Budokan, and Shea Stadium, while their later songs from “Abbey Road” and “Sgt. Pepper's” start off in the Abbey Road studio and slowly transform into a jaw-dropping visual adventure called a dreamscape.

Just when you thought there was enough to keep you entertained for months, the people at Harmonix add the final touch to make you feel like a Beatle: three-way vocal harmonies. To completely capture the magnificence of each performance, John's, Paul's, George's, and even Ringo's role in vocals is necessary.

It takes a really good game to keep me busy since I get bored easily. But I can say with the utmost assurance that I have never fallen so easily in love with a game. 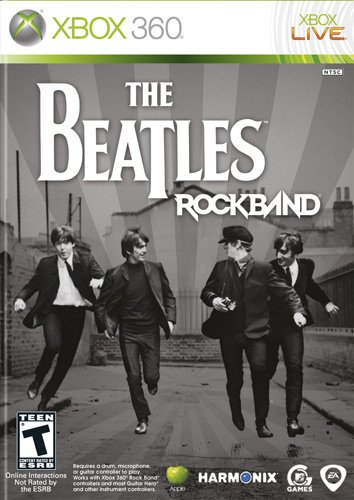 KayVee said...
on Nov. 17 2010 at 5:39 pm
KayVee, Hamburg, New Jersey
0 articles 28 photos 23 comments
View profile
I do agree that they did a very good job creating the game, capturing what the Beatles were all about and bringing in the old venues and such, but I do have to admit that I was not entertained for months. I'm not trash talking the Beatles, because I LOVE them, but the fact is that most of their songs are not all that difficult. I have played bette music / instrument games, but I still like the Beatles RockBand simply because, well.. they're the Beatles.
14acreec said...
on Oct. 19 2010 at 9:59 am
14acreec, Columbus, Indiana
0 articles 0 photos 5 comments
View profile
i hate the beetles the suck big TIME
jw101z said...
on Sep. 28 2010 at 9:58 am
my friend has this game and it sucks i have played it and its not that i dont like the beatles but it glitched the music stoped some times and some other things
eddsworldrocks said...
on Nov. 20 2009 at 12:10 pm
eddsworldrocks, Louisville, Kentucky
0 articles 0 photos 9 comments

Favorite Quote:
I sleep a lot