As the third installment of the acclaimed "Assassins Creed" series, Brotherhood picks up right where Assassins Creed II left off. The game follows Ezio Auditore da Firenze, now a Master Assassin, through renaissance age Italy as he rebuilds Rome following the oppression by the Borgia family. The Borgia family are members of the Knights Templar, and also the ones responsible for the execution of Ezio's family.


The single player campaign is immersing, if short. The majority of the game is spent destroying guard towers, then fixing up any blacksmiths, banks, etc... that have fallen to ruin under the Borgia rule. There isn't much new in this department, and the game stays true to the Assassins Creed formula. However, the campaign does take you to some beautifully designed locations in Rome, which is not difficult considering the playable map is immense. The game will take you to historic locations such as the Coliseum, the Pantheon, and even Vatican City on missions for the Assassin Order.


An interesting addition to the campaign are the "100% synchronization" challenges, which add mini objectives to the normal plotline. These challenges include goals like "remain undetected" or "don't touch the ground while pursuing your target." What this is essentially doing is it is allowing you to play the mission as your ancestor would have, instead of barging through it like Rambo with a machine gun. Thankfully, completing the mission without doing the mini objectives will award you "50% synchronization" and will still give you full credit for the mission. This makes the full synchronization challenge an incentive to go back and try for full points, adding significant replay value.

The mechanics of the game have also been improved. The free running aspect that has been a staple of the Assassins Creed series remains flawless, with paths in, around, and over obstacles clear and present. Combat has also been largely changed. While combat in AC II seemed tedious at times, Brotherhood has introduced "kill streaks" which allow Ezio to get a streak of instant (and brutal) kills so long as he quickly follows up each attack with another. However, while it is immensely fun watching your character decimate entire divisions worth of guards, the game comes dangerously close to crossing the line between Assassin and psychopathic mass-murderer.


One of my favorite aspects of Brotherhood was the ability to recruit and train Assassin apprentices. As you explore Roma, you will come across groups of guards engaging a lone civilian (much like the Save Citizen missions from AC I). If you choose to save them, they have the opportunity to join the Assassin Order. Once they do, you can train them from recruits to full fledged assassins by sending them on missions throughout Europe. While they're not on missions, they can support you during your own missions in Rome. Other than the bonuses in level and strength the recruits get on missions, there is a simple joy in commanding your own team of Italian beasts that never gets old.


Multiplayer is an interesting addition to the Assassins Creed series, one that took me by surprise. Somehow, Ubisoft has managed to take the idea of a hired gun and morph it into a playable online experience. Essentially, the idea of the game is to assassinate an enemy target while being targeted yourself. This multiplayer is unlike any other, and is a welcome relief from the First Person Shooters like Call of Duty and Halo: Reach which have dominated the shelves for the last few years. This is not to say Brotherhood's online is without flaw, there are many aspects of it which could be improved. My biggest grievance is the lack of any ability to defend yourself. After all, your an ASSASSIN for Pete's sake! The most you can do is "stun" your attacker, and only if you are behind them, which is somewhat difficult considering they are always approaching you. Additionally, the maps are relatively small compared the larger ones often seen in video games today. This is especially annoying considering you are both the predator and the prey. You will often find that, following a satisfying kill, you will instantly be cut down by your own pursuer.


Bottom line, I give this game a 9/10. The single-player remains true to the style of past Assassins Creed games. Additions like "100% synchronization" challenges and combat kill streaks are minor improvements to the game engine that made the game quite enjoyable, but which left me disappointed with the short campaign. The multiplayer was an intriguing addition, and was well done for a first attempt. While there are many improvements that could be made, Assassins Creed: Brotherhood is an enjoyable game I can see myself returning to when I get tired of First Person Shooters, and want a solid, single player game. 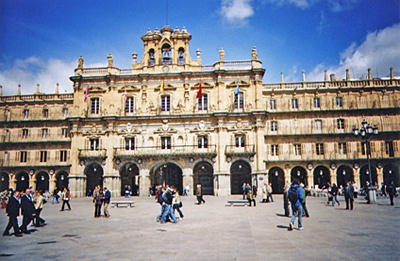 Oops!  sorry, I don't get notifications on my comments, so I didnt catch your post there Destinee.

Well, the storyline is pretty complicated so I would recommend playing Assassins Creed I and II first.  But this is definitely and awesome game, different than most.

View profile
you should definetly play brotherhood though it can be kind of complicated you should play the second game before this one unless you only play halo like games in wich case don't
Destinee BRONZE said...
on May. 9 2011 at 9:09 pm
Destinee BRONZE, Oakville, Other
3 articles 0 photos 303 comments

View profile
I laughed when I read this. A fool and his video game is never parted. Hahaha. Kidding.

Seriously, though, Rambo with a machine gun was pretty darn cool.

Is this better than Halo: Reach? I played that and it was so freaking boring, I just gave up on gaming after that experience. SO. Give me advice, O He Who is More Experienced than Me in the Ways of Videon Gameture: Should I play this Brotherhood thing?

ALSO, this is well-written. So, kudos on that.