Favorite Quote:
The most beautiful thing we can experience is the mysterious. It is the source of all true art and science.

A long time ago around the 1100's, an assassin was born. His name was Altaïr Ibn-La'Ahad. An assassin forged through the blood of whom he assassinates. He is the main protagonist of the game "Assassin's Creed."


The game starts out with the player being put in the shoes of Desmond Miles, the character who replays the memories of his ancestor, Altaïr. A company called Abstergo, is trying to obtain an holy artifact named, "The Apple of Eden." But in order to get the apple, they have to know where it is located. That's where Desmond comes in. The last person who has made contact with the apple was Altaïr, who is Desmond's ancestor.


Abstergo kidnaps Desmond, and was being forced to go in this machine called "The Animus." It lets people relive the memories of their past ancestors. As you, the player, relive through Altaïr's adventures, you quickly discover that he's in a association with the Assassins, a group of assassins led by Al Mualim to stop the Templars from finding the Apple of Eden and stop them from taking over Damascus, Acre, and Jerusalem. The Templars are trying to achieve the same goal as the Assassins, but with power and tyranny. The Templars are now the well known company, Abstergo.


During breaks from Desmond's trips to the Animus, you, the player, interact with this woman named Lucy. She is secretly an assassin and is trying to break Desmond out of Abstergo. You'll find out more once you've played the game.

For being released almost a decade from now by Ubisoft, the graphics are pretty good in this game. The gameplay is very fluent and is easy to get used to. The difficulty is fairly easy and can maybe frustrate you at times. Some glitches here and there, but overall, this game is a great predecessor to a now great gaming franchise. 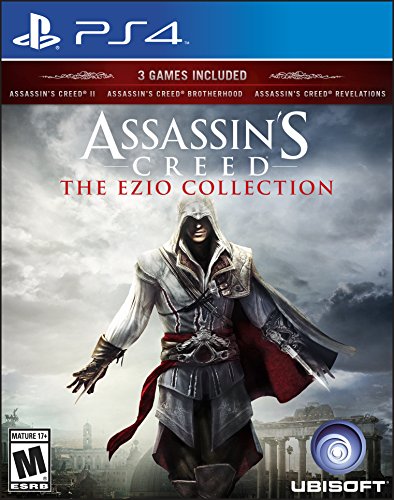