To Be A Leader | Teen Ink

To Be A Leader

The story follows a young girl, Luna, who lost her father a year ago before the story begins to take place. Her father was a king from a kingdom in Space, making her a princes and being the only daughter, the heir to the throne. Her father was a good king, he taught her many things about leadership and ruling. However, after his passing, her evil uncle and her father's brother attempt to take over the Kingdom. His definition of being King was that he got all the power and could make people do anything he wanted, all he wanted was power and to be in command. However, Luna knows that's not what being a leader is about. She goes on a journey to stop her uncle. Along the way, she learns more about her family's past, makes friends, faces betrayals, yet through it all, she discovers more of what it means to be a leader and what her father had always wanted to teach her. 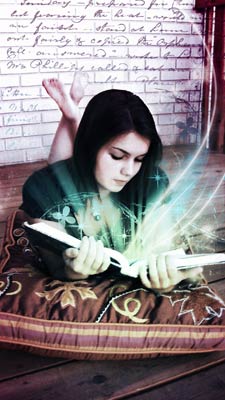 To Be A Leader

Favorite Quote:
It's straight up hiss up in Mug!

Favorite Quote:
The silence isn't so bad
'Till I look at my hands and feel sad
'Cause the spaces between my fingers
Are right where yours fit perfectly.....

Favorite Quote:
I'm a lover not a fighter, but i'll fight for what i love.

Favorite Quote:
"Always Expect The Unexpected For It Most Likely Won't Happen"