Favorite Quote:
Just living is not enough. One must have sunshine, freedom, and a little flower.
~Hans Christian Anderson

Getting peace and quiet in my dorm, never mind my suite, is like asking for crickets to stop chirping on a starry night in Cape Cod. Imagine living in a quad, where the person below you always blasts his music – at all times of the night and day. The difference between listening to the restless streets of Boston and his loud music depends on whether he spends the night with his girlfriend. Now think about the idea of having two of your three roommates to be architecture students. They are up all night doing their drawings – I hear the sound of the pencil scratching the paper, and their eraser which makes the most insufferable squeaking noise as if the brakes on a car were wearing out. It is two-thirty in the morning; they are still working, complaining to each other about the workload, and making it impossible for me and my other roommate to pass out. I can hear my fellow non-architecture roommate, fidgeting and moving against his sheets trying to accomplish the same goal – sleep. Finally, he achieves that goal; however, it makes matters worse for me, he is snoring as if he hasn’t slept in days – I terribly wish that was me. Now fast forward thirty minutes, I am just about to fall asleep, but then one of the architecture students messes up on a drawing. He grunts in anger, and then crumples the paper, as if to say he has quit. This keeps me up for the rest of the night - I give up on falling asleep.

It is 7 o’clock in the morning, my third roommates alarm goes off, but instead of waking up he allows it to stay on. Three minutes pass of the alarm yelling at my roommate to wake up, he continues to ignore the alarm. Finally, the two architecture kids, from the night before yell angrily at him to turn the alarm off. He argues back in a scratchy voice because he has finally been wakened up. I listen to this back and forth between my roommates, all I want is quietness. Turn your attention back to the third roommate. He wakes up and it was as if the alarm was never turned off due to his morning routines. When he enters the bathroom, the sounds he makes are endless. I first hear the toilet flush in a swishing way. Next he starts to brush his teeth. The bristles from the tooth brush are scratching against his teeth. Of course, he takes his time, all I can hear is sh sh sh sh. Next, one of the suitemates walks into the bathroom to do his morning routines. Knowing that the rest of the suite can hear them and that we are sleeping, they talk as loud as they can. I decide it is useless, so I get up and go to the one place that I think I can find peace – the common room. I finally fall asleep. Then all of a sudden I hear the singing of my alarm, it is 8 am, time to get up after a combined 2 hours of sleep. 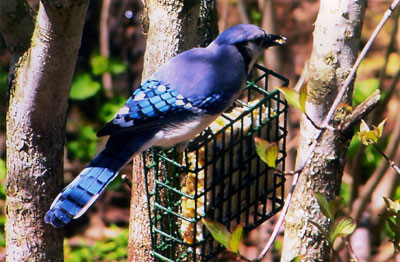 The author's comments:
This piece was written after spending one semester in a quad at the College that I attend. I wrote this piece because I knew many college students could relate to this scenario.
Post a comment
Submit your own

Favorite Quote:
Do not dwell in the past, do not dream of the future, concentrate the mind on the present moment.

View profile
College Guide
How will your presence enrich our community?
By Anonymous