The train began to slow. Dark silhouettes of trees, hills, having rushed by my window for more than two hours, finally slowed and came to a gradual halt before a backdrop of distant stars. A yellow lamp-lit platform slid into view and stayed there. As the train rocked gently into a stop, I stood in my dark compartment and looked around for any stray belongings of mine, out of habit. Then I caught myself and laughed softly. I had no luggage, no belongings except for my clothes. I wasn't taking anything where I was going. I wasn't coming back.

This was the last stop.

"Goodbye, Jordan," I said quietly as I stepped off the train. I didn't expect him to hear me. I didn't plan for him to. This was a private farewell, meant less for Jordan than for the entire world I was leaving. But I suppose I must have meant it for Jordan more than I knew, because as I turned from the door, a gruff voice- one that I knew well- held me back.

"Wait jus' a minute! Don't you leave yet!" A bushy-haired head stuck out of the door, followed by a large man in overalls.

"Jordan. I'll miss you." I stuck out my hand, and the man stepped down and shook it solemnly.

"Not half as much as the rest of us will miss you," Jordan said, furry eyebrows twisting in a grimace of sorrow. "Are yeh sure ye must go?"

"You know I must, old friend. As much as I feel I belong here, there's business I must take care of back home. Business that's waited too long." Jordan knew what I meant.

"And, who knows, perhaps I'll be back someday."

Jordan said nothing, but only smiled sadly.

Slowly Jordan turned and, with a heavy hand resting on the rail, stumped back inside the cab. The door shut with a hiss. My every instinct screamed silently, for me to run and bang on the door and return to the only world I had known for the past three years. I knew that the train wouldn't return, that it had only come to this station twice- this time, and the time I first arrived. I knew that this in-between-worlds station, unique in every way, would never open for me again if I left now. I knew that with every second, I was losing part of myself.

The train picked up speed, and before anything could be done, it left the station. Light, noise, life retreated back to the small circle of light emanating from the lamps. All was silent but for the whispering of wind in between the pines and the distant voices of the stars.

I knew I had made the right decision then. I didn't belong in this world, though at first it felt that way. When it came down to it, every particle of me was rooted in Earth. It was where I belonged. It was time to go back.

I knew the way. Each soft footstep past gentle, dark trees, stars dancing behind leaves overhead, felt as familiar as an oft-repeated dream. The air was rich with growing and sweet with a flowing breeze, fair and good and refreshing. At the base of a hill I looked back one last time, down to the small lit station. In a quick movement it faded, and the last feelings of loss rose painfully. Then it was gone. A new wind rose and with it a sense of urgency. I turned and strode up the hill.

Tears came then as I reached the grassy tip of the hill. Dark mountains rimmed the valley, still trees flourishing everywhere with some invisible touch of magic- except here. I raised my arms and tears flowed down my face and a brightness closed my eyes, and I dropped down against the cool grass. A great light lit up the hill, a circular sphere of liquid brilliance like a star fallen and cracked open against the sky. I was lifted to my feet and into the air, and the light enveloped me. A sensation of rising quickly, farther and farther into the air. Then a wrench between worlds, a horrendous thunderclap, and all went black.

I awoke, thunder still ringing in my ears, rain falling hard all around. Dark, cramped buildings crowded in on a narrow, cobbled street. The sky was black, the air moderate and humid, and there was no sound but the storm.

I found myself lying crumpled against a damp cement wall, and I stood up and looked around. I could see no one on the streets, and could hear no sounds to suggest that there were: the town seemed to be in disrepair, and there was nothing living within sight. The cobblestones were hemmed in by thick, knee-high grass, fallen red shingles lay frozen, shattered on the street, and generally the place looked as if it had been abandoned for half a century. Perhaps more.

What better a place to begin, I thought, and stepped out into the night.

It was good to be home. 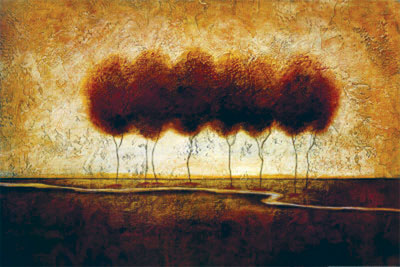 The author's comments:
I'm not quite sure what inspired me into writing this. I kinda just took an idea and ran with it. It's actually the product of about three different editing attacks on my part: I wrote part, then came back after a while, wrote more, edited that all, came back, edited again, and finished it. It spent most of its time in the background behind some other projects.
Post a comment
Submit your own

View profile
Thank you, editors of Teen Ink, for granting my short story the editor's choice, but something very strange seems to have happened to the punctuation, namely the quotation marks. I assure you these strange """ marks were NOT in my final version.