Favorite Quote:
“Tell me and I forget. Teach me and I remember. Involve me and I learn.”
-Benjamin Franklin

She entered the room with a scared look on her face. She didn’t know what to think. Before she could realize who it was, they snatched her up and threw her in the trunk. They all hopped in the car and speedily drove off. They drove and drove. She sat in the trunk for hours not knowing what was happening. She waited and waited. She could feel every bump and turn. The longer the ride, the more scared she became. She had no idea what to think but was glad to be alive. Suddenly the car came to an abrupt stop. The doors flung open and she was dragged out of the car. The doors slammed behind them. They instantly blindfolded her and took her to abandon room with locks on every door. They chained her to a little chair in the corner and left, locking all the doors behind them. She sat in that little chair for days on end. No food. No water. She would silently dose off and quickly woke up. Suddenly, the masked men entered the room and removed the blind fold. They fed her crackers and water. She then asked in a very scared voice, “What do you want from me?” Not liking that she was talking, the smacked her aside the face and told her to be quiet. She started crying. They told her they were waiting for the ransom money and then she would be set free. After they told her, they started to head out the door when the head chief of the clan stormed through the door and told the men they had received the money. They turned around and unchained the girl from the chair. They told her she could leave. She got up and slowly walked out. She didn’t know where she was headed but hoped someone would come for her. A car veered around the corner. It happened to be her parents. They quickly stopped and jumped out of the car. They hugged their baby and whispered in her ear everything was going to be okay. They were so glad she was okay and drove home. 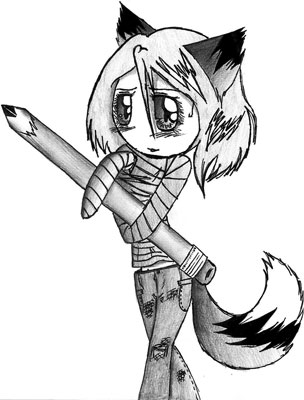