I’ve been watching him for days now. When he leaves his house to go to school, I’m the one carefully tailing him, switching cars every day to make myself look less suspicious. If he ever sneaks out of his second-story room, I’ll be the one silently watching from a nearby tree. In class when he turns, feeling eyes on the back of his head, I’m the one who sent the hair on the back of his neck up on end. I am the girl whose shadow is always slightly overlapping his.

Being assigned to watch him almost makes me
feel like I’m not a stalker. Though I’m only 17, I’m a full-fledged member of the organization known as O.P.U.L.E.N.C.E. I’ve been with them since the ­tender age of five. It’s my home. Being an orphan, my office is also my permanent residence, the couch a fold-out bed. There are many others like me: no family. A lot of us are loners and haven’t chosen this route for ourselves.

I’m a tracker. I have been for years and some might say that I am the best at not being the best. In other words, I’m great at being invisible. Or at not being noticed. It’s not as hard as the others in the organization think. Being young and female is good, since most we track are young. Seeing me around younger people – my age, actually – doesn’t raise alarm bells. It helps that I’m cute. With a small frame, light hazel eyes, and short blond hair that curls under my chin, I don’t appear threatening. Of course, my ­organization-funded training doesn’t back that theory.

Soon I won’t be tracking down others with the power. They are finally going to give me an apprentice. After years of mastering everything I’ve been taught, they see my potential. That’s not to say I know everything. Even with my extended life I won’t be able to learn all the things I want to. If only this annoying boy would show the signs. It’s been almost a week. If he doesn’t show soon, they’ll reassign me. That much longer until I get my apprentice.

So here I am, sipping a latté and waiting for the Target to leave for school. I have been put in all of his classes in case something happens there, though I graduated high school years ago. Private tutors sped things up. With no family or personal ties, I had lots of time to devote to my studies. Martial arts black belts. Twelve languages, not including English. Everything a girl needs for a serious career in the agency. Such positions of power are not handed out easily. You must prove yourself many times over.

The Target and I have never spoken, but I know a lot about him. His file told me some, but after watching him for only a few days, I feel confident in saying that I know things no one else does. Not just the obvious, either. He resents his father and is protective of his mother, which makes me suspect the father is less than faithful. He smiles often but doesn’t make a lot of eye contact. He usually only speaks when spoken to. Although he has many friends, he isn’t close with any of them. The Target is observant, a watcher. This leads me to believe we would get along if he shows any promise.

I look down at my watch, then back at his house a few blocks away. The Target is late, which means I’ll be late too. Today my ride is a shiny black sports car, not out of place in this suburb full of midlife-crisis men. I turn on the engine impatiently. I’m fiddling with the radio when I hear something. I don’t feel any immediate danger, and I know to trust those feelings. But I ­also know that something is off.

Just as I am about to get out of the car and pretend to look in the trunk, the passenger door opens. I look up in surprise as the Target slides into the seat next to me. I grin, quite pleased by this turn of events. This is definitely a good sign. Perhaps intuition is strong in him. That would be good for my apprentice to have, complementary. I could handle having to deal with that.

“Hello, Lenna. Why have you been following me for a week now?” the Target asks lightly, conversationally, his first words ever said in my direction.

Ah, one of my many aliases. The organization set it up so that whenever I’m on a case, I get a new name, past, and present. It’s very powerful. The organization can basically do anything it needs; it has people everywhere imaginable. I’m just one of many, though there aren’t that many at the top, as I am. They don’t trust many to be trackers. Or to be apprentices. All of the full members have the power, though we control others to get things done.

My smile deepens as I say in my authoritative, professional voice, “My real name is Jade. I am a witch of the moon and a tracker for the organization known as O.P.U.L.E.N.C.E. You are also a witch. We would like to formally welcome you into the organization as my apprentice. Here is my card for verification.”

“What do you mean ‘moon and sun’? Or ‘tracker’?” he asks, still looking at my card like it’s going to ­disappear.

“Types of magic. Moon is all about spells, the sun is more potion-based, though each type of witchcraft involves the other somehow. As a tracker, I find people like you and I bring them to O.P.U.L.E.N.C.E. Every witch must register, train, and become a member by law. In fact, the organization is like a government targeted toward witches,” I explain with a smile, loving the fact that this time I get to teach the newbie.

“Magic? Seriously?” he asks, eyes wide, meeting mine. They are large, yellow, and catlike.

I click a button on my left, automatically locking the doors. I put the car into drive, pulling out onto the road. As an afterthought I add as a courtesy, “I think you had better come with me.” . 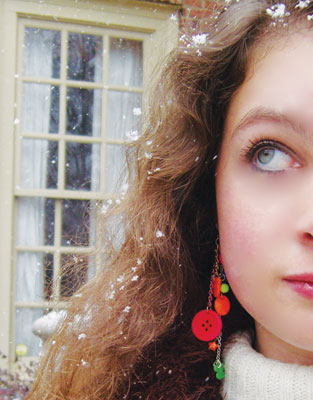 This article has 894 comments.

Favorite Quote:
"What greater gift than the love of a cat." --Charles Dickens

Favorite Quote:
“Give the ones you love wings to fly, roots to come back, and reasons to stay.”
-Dalai Lama

“YOU ARE THE ARTIST OF YOUR OWN LIFE, don’t hand the paintbrush to anyone else.”
-Ela M

“No matter who or what you support, I believe in supporting fairness first.”
-Jennette McCurdy

“Only you know your true struggles, remember that when you get criticized, hurt or disrespected. Love yourself enough to forget the drama.”
-Ava Max

View profile
I do not believe once you publish a piece of work, that you can delete it. Sorry.
To the author that wrote this piece, I was not expecting this to be so good! I've been avoiding this piece for a while because the cover had no interest to me. But then, curiosity took over me, and I was convinced to read it and BOY WAS I HAPPY I DID! Please write a sequel to this. I would really appreciate it.
Crazywolfiegirl2 PLATINUM said...
on Jul. 24 2021 at 7:10 am
Crazywolfiegirl2 PLATINUM, Kington, Other
26 articles 1 photo 273 comments

View profile
Hey, I loved this. I just have a question since lots of people comment on here. Does anyone know how to delete a piece of work? Because I wrote a story that I would like to do again because reading through it again I made a lot of major mistakes, and I would like to delete it and write it again. Anyone know how to delete things then?
Will-O-Wisp BRONZE said...
on Mar. 31 2021 at 1:02 pm
Will-O-Wisp BRONZE, Chuckey, Tennessee
1 article 1 photo 2 comments
View profile
That was awesome!
BookWorm2007 said...
on Dec. 23 2020 at 9:06 am
BookWorm2007, Wayne, Pennsylvania
0 articles 0 photos 41 comments

Favorite Quote:
"If at first you don't succeed, hide all evidence of your failure."

View profile
I loved this! I really want to have this book. It seems like just the right amount of Spy mixed with Magic.
dinooo BRONZE said...
on Nov. 15 2020 at 5:10 pm
dinooo BRONZE, Raleigh, North Carolina
3 articles 0 photos 27 comments

Favorite Quote:
All that glisters is not gold;
Often have you heard that told.
Many a man his life hath sold
But my outside to behold.
Gilded tombs do worms enfold.

Favorite Quote:
never give up,
love conquerors all,
good always wins the bad

Favorite Quote:
If I succed I am a genius if I fail I am a madman
Albert Einstein

Favorite Quote:
I'm not crazy. My reality is just different from yours. ~The Cheshire Cat

View profile
Honestly wow this is amazing. If it was made into a book (which i say you DEFINITELY should do) I would totally fangirl :)
BarfsauceX said...
on Mar. 29 2019 at 10:20 am
BarfsauceX, Mt. Sterling, Ohio
0 articles 0 photos 3 comments
View profile
We need a full book of this masterpiece. It kept my mouth watering the entire time. just amazing
JustANerdyIntrovert BRONZE said...
on Nov. 11 2018 at 10:31 pm
JustANerdyIntrovert BRONZE, Beaverton, Oregon
2 articles 0 photos 2 comments

Favorite Quote:
Happiness con be found even in the darkest of times, if one only remembers to turn on the light"
-Albus Percival Wulfric Brian Dumbledore

Favorite Quote:
Happiness con be found even in the darkest of times, if one only remembers to turn on the light"
-Albus Percival Wulfric Brian Dumbledore

Favorite Quote:
"When you left, I wanted to die. That made me stronger, now I want to live more than ever" - Myself