I throw my clenched fist at Daniel roughly, and growl in frustration when he bats it away like a pesky fly.

“If you want to fight, you’ll have to do better than that,” he says smugly.

“No, you’re here because you don’t agree with the government’s policies,” he corrects.

“I could fight them politically and get to my goal faster than this,” I complain. I turn away to pace and run my hands through my mahogany-colored hair.

“But that’s not in your nature,” Daniel says behind me. He turns me and catches the hand that I snap out. “You can’t sit in a conference room calmly discussing changes, can you, Blair? You’d rather be on the front line, making an immediate impact. You can’t sit back and wait for results. You want to act; you want to strike back. You want them to pay for what they did.”

My breathing speeds. I don’t know how this loathsome, arrogant prick can understand me so well in such a short time. No one’s even came close in seventeen years. In defense, I jerk my hand away, but freeze when he almost gently cups my chin to lift it. I have no choice but to look into his cool, icy green eyes.

“The only difference between me and you,” he says softly, “is I’ve always known how to get what I want. You still have to learn.”

“I’m nothing like you,” I say through my teeth.

He cocks a chestnut-colored brow. “We’ll see about that.” 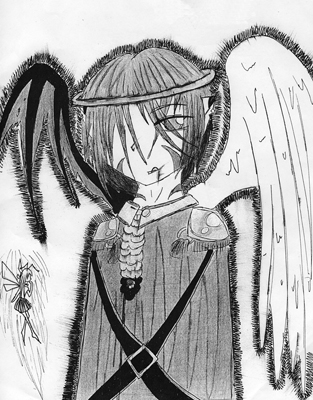 View profile
Thanks :) I really appreciate this comment
SimranRazdan GOLD said...
on Sep. 5 2012 at 11:32 am
SimranRazdan GOLD, Hyderabad, Other
10 articles 0 photos 34 comments
View profile
please write the next part!! this story's gonna keep me up at night.. you are a very talented writer who can capture the attention of a reader from the very beginning!1 gr8 job