I whirl and strike the man, sending him flying back. I spin quickly, catch another raised fist, and twist the arm so he cries out in pain. I kick him away and strike a man in the chest so he falls onto his rear. Barely panting, I dispatch the ten men around me in under five minutes.

“Aralie, are you done beating up my men?” a stern, deep voice says from the gymnasium doorway.

I turn to see General Wilkerson leaning against the doorjamb, looking very pristine in his army uniform. He only wears it when we have a case. I guess I was needed in the Situation Room.

“It’d be more fun if they were a challenge,” I say while checking the men on the mats to make sure they were still breathing. I’ve sent some into cardiac arrest a couple times. It usually just ticked Samson off, so I am trying to avoid doing that again.

“I think we finally have you a challenge, A.”

“And they said you couldn’t teach an old dog new tricks,” he says as I walk towards him.

I snort with laughter. “And they told me you weren’t a jokes kind of man when you took over the Agency.”

“I heard a saying from a tech guy the other day.” He’s leading me through the labyrinthine maze of the Agency. The familiar grey walls blended together so I focused on the bright blue of his eyes so I won’t go mad. “He said, you don’t have to be crazy to work here, but it sure helps.”

I laugh loudly, causing a newbie who’s passing us to do a double-take. “I’ve gotta remember that one for Samson.”

“She sure could use the laughs,” he chuckles. “But I wouldn’t try it today if I were you, A. The case is really sensitive, and she’s gonna be worried about it.”

“Roger that,” I say, only slightly sarcastic.

After working for the agency for fifty-six years, you’d think the woman would loosen up. But it seems every year there’s more demonic activity and every year I stay looking sixteen and she gets older, she just gets crankier about cases and complains that my rashness is gonna get the world killed. Yet I’ve been doing what I do for over a century and a half now. Some quick decisions and a smart mouth aren’t going to change that suddenly, unless I’m getting worse, which I doubt.

The Situation Room is nothing like what I saw in a movie a few years ago when a couple agents convinced me to go to the theater. In the movie, it was fully decked out in what was considered “state-of-the-art” equipment; it had a large oval table where the generals and commanders and lieutenants sat discussing the crisis that was the focus of the cheesy action movie, and everyone was so serious-looking, it made me want to scream. (I’m not normally ADD, but I can’t stand seeing anything drab or colorless, and that room was the definition of both.) This room, though, was painted a bright blue for my sanity, had a large, circular table (it kind of reminds me of King Arthur, and lucky me sits at the head beside Commander Samson, the Merlin to her Arthur) and pictures of different battles in the world’s history. A projector is in the middle so it can emit a 3-D hologram for everyone at the table to examine.

I sit beside Samson, ignoring her pointed look forward. Great, she really was gonna pitch a fit over this one. Different important people from all branches of the military sat around us, talking quietly. I was only called in when there was a demonic emergency that the public wasn’t to be let known about, and when the military was too weak to take care of it. Most of the men around me didn’t like me for the sole reason that I was better than they’ll ever be, and that I was born this way. They’ll never be like me.

Samson smoothes her flawless, colorless hair and clears her throat. She was in charge of intelligence, Wilkerson the militia. I may be undefeatable, but we had a platoon of agents to help me on missions should the need arise. “Ladies and gentlemen,” she says, her voice soft so people are forced to lean in to hear. I think she does that to make herself think people actually like to listen to her. “The Army passed on intelligence that a Los Angeles boy, the son of a military sniper currently stationed in Germany, is getting mixed up with demonic forces. Cerenus, minor demon, has found a human form and has begun to tempt the boy, Michael.”

A hologram blinks up, showing a devilishly handsome boy of about seventeen. His black hair is slicked back, his emerald eyes rimmed with an almost orange color. To a normal human, the face would be devastatingly attractive and alluring. To me, even if I didn’t know him, I would feel this sick feeling in the pit of my stomach, a sure sign of what he is. Murmurs start, and I say loudly, “Please turn that off.”

Samson nods to a techy, who shuts the image down. I sigh in relief, ignoring the looks of pity some of the officials are sending me.

“Cerenus has adopted the name Aiden Fiammetta and has enrolled at Michael’s private school in Beverly Hills. He befriended Michael because of his father’s position in the military. This is Michael Colins.”

Another hologram appears, this time of a dark-haired boy that is obviously not a demon. His tan face is what most would consider cockily handsome, his expression portraying that. His eyes are a piercing grey I’ve only seen in Ireland, where my ancestors played in the forest and sang sweet lullabies. Even in just the headshot they have, I can tell he’s the kind of guy that knows what he wants and goes for it. So why would it be easy for a demon like Cerenus to trick him? If a human was mentally strong and knowledgeable, they can resist even a Higher demon’s tricks.

“Fly to L. A., watch Michael, and make sure Cerenus doesn’t try anything on anyone else.” 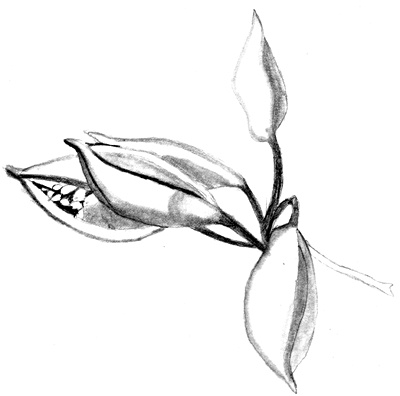