There is a story. My story. My story that has drifted in my mind for years, so many years, so many nightmares, so many sleepless nights. I have thought of telling someone but I didn’t wish to be called a mad-man. Such a tale I hold deep within me seems like utter fiction. That’s how it seems to be much of the time, the greatest tales of the seas are told by one man with no one else to say whether the tale is true or false. I remember sitting at the pub with pals calling people like this mad-men and saying things like “The devil’s insanity fills you!” Now I know that they were properly telling a truth. I know my pals would turn on me and saying that the devil had touched me. That’s an old myth that has been told around The Captain’s Pub since I was a lad swabbing tables of my elders after they drank there brew.

The tale goes: Far behind our time, back when Mary was a baby and even before that. The devil walked the planet and corrupted all he saw. His word would turn you evil, his touch would drive you mad, and if he stared long enough at a man, he would die. With Jesus among us, the devil knew he was growing weak. His first attempt was to catch Christ when he was hungry, the devil spoke and touched and even stared but Christ stood strong and did not fall to the Devil but was able to defy the Devil even when Christ was hungered. The Devil weakened over time. As Jesus was close to being put to death, the Devil came to pilot and spoke. When Jesus died, the Devil was almost beaten but he still walks the world. It is said, now of days, when he finds a poor soul alone he will touch them and drive them mad. Being alone is never good. To have an officer next to you at happy hour then to be alone while the devil walks the earth.

I’m not sure if anyone really believes in the old sailor’s tale, I know that no one believes anyone has actually been touched by the devil. I have grown old but many years ago, when my hair was black and my body stood strong, I worked as a repairman. I was hired by a couple of lads to work on a bridge seven days a week for one year. It was a contract and it wasn’t too bad. I came out in the morning after some toast and tea; I would go out and inspect the bridge. Then, I’d go to my shed and read a book or write some letters. Five months in I got a tiny telly put in that gets two or three channels. It was pleasant to watch as I sipped on some coffee. Before I leave, I inspect the bridge one last time then I’d pack up and walk down to The Captain’s Pub and drink my brew till my mind was way over yonder. I’ll stumble back to my little cottage and have some meat loaf or some soup along with a cool cup of milk. I’ll go to bed and start it all over in the mourning.

One day, September 16, 1982, I walked to the bridge that was getting hard to keep up and I was already assuming that I wouldn’t get another year contract, instead they’d hire some working stiffs in orange jumpsuits who’d do there job for less then a fifth of what I work for. That morning was cold yet crisp. I held my black coat hard around me as I walked down the trail to the bridge. There were less and less cars and bicycles traveling down the bridge. I had begun to love the bridge; it was so peaceful and tranquil. I thought it should be given a name. Many famous bridges did, why shouldn’t this one? I thought it should be named after the town, Greenvale Bridge. I had always loved the town name. I held my coat tight in one hand the other held my tool box. I walked and stopped every now and then doing chores of the sorts. As I neared the end of bridge, there stood a woman in a tight trench cloak. She had cherry red hair and her eyes were too far away to say what they were. She wore black leather boots. As I reached the end of the bridge, I was right next to her. I stood and looked at her. Her face was soft and almost glowed, her eyes were a striking, almost dazzlingly (first time I’ve ever used that word), green like the rolling fields I used to look at as a lad back on the countryside. I asked her “Is there something wrong?” because she had not moved an inch since I saw her. He face turned and then she sort of jumped. She apologized and explained that she was lost in her thoughts. I replied “Oh, no apologizes need lass, we all wonder lost time to time, do we not?” She smiled and agreed. She asked “Sir, do you know of someplace I could sit down? I’ve been trying to get into town and I’m awfully cold.” At the time, a young lass cold on a bridge didn’t seem like a problem to me… at the time. I led her to the shack. I sat her down, made her some coffee, and turned on the telly for her. I went back out and finished my inspection.

When I came back she was almost asleep with an empty coffee cup in her hands. I took the cup and sat down next to her. I asked her “What would your name be, lass?” She answered “Lucy. Thank you for this, it’s awfully kind of a repairman to do a deed for me.” I told her it was no problem. She asked me what I’d do for the rest of the day. I told her I’d sit in front of the telly or read a book till my time was almost done. Then I do one last inspection and to end the day right, head off to the pub to have my brew. She asked if I ever got lonely and I answered “Not really. An afternoon passes alone but during the evening I’m having my brew among my pals who work the docks.” She asked “What pub would this be?” I told her it was The Captain’s Pub. I even told her a ‘lil bit about it. Told her to get the ale, the lager would poison your mouth. I also told her that she should never order the food unless it was peanuts.

She thanked me for the information. I asked her business in Greenvale and she told me that it was just to revisit some memories. She explained that Greenvale, such a peaceful place and how she had almost never done anything to it. I cocked my eye brow and asked her what she meant. She pulled back her cherry hair to reveal to small horns poking out. She patted me on the shoulder and said that she’d spare me for being so kind.

In a month, half the lads at The Captain’s pub had died. Many had gotten sick. One went mad and left the town. Since then, I have felt responsible for those deaths. Then again, I know if I ever told anyone, they’d call me mad. I can’t bare the pain, my heart is whittling away and I cannot take the pain. This is my confession. I have had an old colt action pistol in my basement. My father gave it to me a long time ago. Yesterday, I bought a single bullet.

I send my best wishes lads, 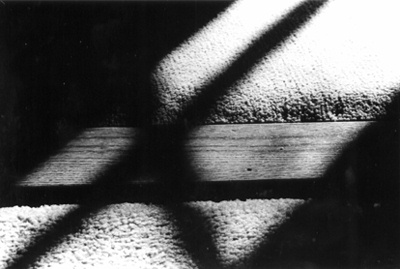 The author's comments:
Repairman started out as a question. I was looking at a painting of an old man standing in front of an old bridge holding a tool box looking so very sad (The painting was called "The Repairman". The question was simple: Why is he so sad? Slowly I began to piece together a story about an old man slowly dying as he tries to fix a bridge. Then I decided he was the keeper of the bridge and said bridge was falling apart. Finally, I settled on the old man being a repairman who made a bad choice and can't deal with it any longer.
Post a comment
Submit your own