The funeral was hot. Air thick as a milk shake, andmoods even thicker. I felt like I had died myself, and I walked around, hollowinside, wondering if I'd ever be the same again. His father was not there, and Icried. I cried for me, for his mother, who sat alone dressed in black, beautifuldespite her misery, for his father, and for Will, who had tied a rope to thechandelier in a desperate attempt to make everyone happy.

Will. Hepromised me we'd get married if I never found anyone else. We went on dates if Iwas alone, and stayed up late talking on the phone. We sang show tunes when wewere drunk on fatigue and the sheer ecstasy of pure acceptance. We drank coffee,sitting on his car in the abandoned runways at the airport, mesmerized by theidea of flying away while everyone else was stuck on the ground. He consoled meafter dates when I climbed out of the backseats of cars, leaving part of myselfbehind. We cried together, laughed together. Clung to one another for steadiness,to keep from getting swept away by the current of everything bad in life. Heloved me for four years, then gave up and loved me as one loves themselves -wholly.

He told me he was gay when we were seventeen.

I wasdevastated and didn't know why. I wondered if I had loved him all along. But thatwas silly. I merely hurt for him. People already talked. People had talked sinceseventh grade when they realized he had a voice like an angel and feet thatdanced as if they had wings too.

They hated him, even before they knew,because he had mastered the flying away, and the leaving behind. I blinked backtears for all the times his father would yell, "My son is not a queer! Myson is not gay!" and throw things across the room. I could not help butcringe when he did not show up at school because the evidence of embarrassedhatred his father left caused questions he was unable to answer. I wondered ifthe marks on his soul were nearly as deep and damaging.

I tried tosmile when he looked at me with empty eyes that didn't understand and cuts andbruises on his arms like a road map of his painful existence. Being himselfetched a world made of blood and tears, and silent confessions. I bit my lip whenhe showed me his notebooks, "fag" scrawled in angry black pen, andkissed his cheeks when he told me he didn't know who he was.

"Do youthink it's a sin? Do you think it's wrong?" he asked. I held his hands andcould not answer.

"I will never be happy again," he said, and myfriend was gone forever. He killed himself after a fairly peaceful day at school.Everyone had focused their hatred on Silas Turker for the day. Silas was astrange boy who ate gherkins, those freakishly small pickles, and drank chocolateYoo-hoos alone at lunch among the torrent of taunts from his peers. He wasawkward, nasally, a little chubby, and had bad skin, but the worst was, he hadconfidence. Silas thought it was great just being Silas. For one day at least,the gay guy with the charmed voice could be ignored. Silas was a much easier,much more appealing victim. Silas needed to be broken. It took 15 minutes to gethim in tears, but Will stood and walked away before the massacrebegan.

"I cannot watch them murder his soul," he said to me inhis faraway voice.

"He saved you, you know," Iresponded.

"Thank God. Thank God for Silas. I'm glad that Silas getsto be my Christ for the day," he turned, and his bitter words stungme.

Will was gone when I went to find his car after school. They found hisbody in the front foyer, hanging from the crystal chandelier, at seven thatnight. His father was out of town, his mother had just returned from the churchpotluck. She dropped her porce-lain crockpot and called my mother, swimming in apool of tears and chili.

Will finally got to fly away. He did notleave a note; he did not have to. He did what he could to make everyone happy. Hewas a martyr, his father no longer had a queer for a son, and he was free. Willspread his wings, and, simply, flew away. 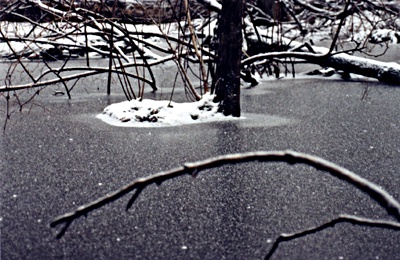 Favorite Quote:
"How could an Alice girl like me,
Love a Hatter as mad as you?"

ppl are just plane idiots and jerks you know, you did a beautiful job and it does kind of remind me of my life in middle school... ii was gay or lesbian just bullied a lot i would cy myself to sleep at night thinking about wut was to come the next day and i no doubt think that is what will did at night too. he may just be a fictional character but this does happen to ppl every day. good job cant wait to read ur other short stories

inspiredbynature said...
on Dec. 23 2008 at 12:38 am
i read this in a teenink magazine my teacher had laying around and i stareted crying in class. This is so beautifully written that i had to search it online and post a comment. Well done.
Euphrates717 said...
on Sep. 1 2008 at 2:31 pm
This story sent chills up my spine. You have a gift, that's all I can say.