Carried By the wind. | Teen Ink

Carried By the wind.

I pressed my feet down against the hard, stony cobbles on the floor. The wind brushed lightly against my face, forcing away my hair. A small solitary tear slid down my cheek.
I stared at the rubble of brick’s, wood and glass, it was nothing more than that now. But it was once a home, my home.
I didn’t know what had become of the rest of my family, whether they were alive, or dead, I was yet to discover.
I felt my body shake as tear’s bubbled up inside me, They stung like salt water in my eye’s, I held it in until I couldn’t hide it any longer.
I fell to my feet, hitting the ground with a loud, clear thud. Tear’s streamed down my face and onto the floor. As I cried, a raindrop splashed against my shoulder making a muted whisper of a sound as it hit my skin.
Soon it was raining heavier, the drops of water smashed ferociously against the ground, and yet I didn’t move.
The coldness of the winter air was slowly getting to me, I shivered in my soaked clothes. My breathing altered, It became deeper and more Hallow.
I spotted something amongst the ruins, a dark brown piece of fluff sitting on a pile of splintered glass.
I walked slowly closer, my footsteps made no sound as they hit the uneven ground.
I bended over, my body shaking. I grasped my hand around the unknown item; at touch it was soft and comforting.
It was a teddy, which had belonged to my sister. Its brown fur was lightly charred and black in places, its red bow around its neck was fraying, Other than that it remained unscathed.
I stared into the emotionless black eyes of the teddy and almost screamed with anger, the bomb had destroyed my home, the entire street even, and it had killed people, and yet this seemingly worthless teddy had survived the blow?
The rain slowly died out, as if it hat been suspended by my resentment.
People began to walk through the street’s again, They cast pitying glances when they walked past my street, they often stopped and asked the crying if they needed help, though none of them even approached me.
I went unnoticed amongst the rubble, still clutching the teddy.
I was too tired to cry anymore, every part of my body ached with sadness.
Then I saw what I had been waiting to see, my family. All of them.
My mother, Father, Sister and brother, stood in a group surrounding something.
My mother called out my name slowly, it echoed through the wind. I rose to my shaky feet, “I’m here” I managed to yell, the words burned like fire in my throat.
My call was not answered, Confused I yelled again, but the sound of my voice seemed to trail of before it reached the awaiting ears of my mother.
I walked hesitantly through the rubble, dropping the teddy bear as I clambered over, towards my family.
“Mum?” I said, now mere inches away from her. She didn’t even flinch.
I edged closer, and stood in front of my family, Ignoring whatever there tear stained faces were looking at.
“I’m here” I said, feeling the need to cry rise and fall in me once again.
They didn’t look at me, There eye’s focused on the ground.
I turned and saw a body of a girl, With long fair hair, Her skin was pale and dotted with freckles, Her lifeless body was limp and scrawny, Her blue eyes looked directly at with eye’s I knew did not see, Her thin lips slightly parted as if she was about to scream.
I turned again to the faces of my family, and then reality hit me. It was my body, They couldn’t hear me because I made no sound, They couldn’t see me because I cast no Shadow. Not anymore.
I gazed up into the now blue sky, and was overwhelmed by a blinding light.
I felt like I was floating, like I was a feather being carried by the graceful wind.
I kissed in turn the members of there family, and oddly they felt it. I watched them all run there hands across the place on there skin which I had took.
“Goodbye” I called out slowly.
Soon I really was floating, I was soaring upwards towards that irresistible light, the closer I neared, the brighter it became, and then without looking back, I submerged myself into the light, forever. 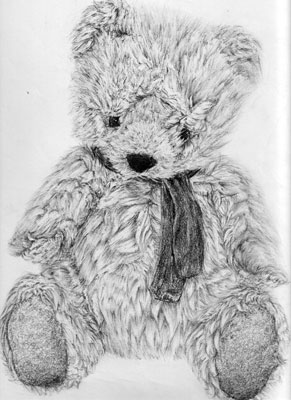 View profile
This was great, although there were a few 's that weren't needed and a couple accident capital letters, but once again, this is a good story. Keep writing!
inksplatters21 SILVER said...
on Sep. 11 2010 at 12:34 pm
inksplatters21 SILVER, Mason, Ohio
6 articles 0 photos 84 comments