30th June 3028
Many years later.
The Kingdom was pasted with monochrome cities - uniformed and regulated. Smog…the smell and heavy smoke of thousands of years of pollution hung over it like a blanket. But, what lay under this sheet was far from warm and comfortable.

All the children called it 'The Fence'. The Fence had always been there, for as long as they could remember. And the odd murmur of a time before this was always quashed before the ideas could blossom any more.

The Fence wasn't a threat to them. The Fence was their friend; it protected them from 'The Other Side' and kept them safe until they came of age.

Initially, they had all wondered what lay beyond this metal wall that stretched as high and far as the imagination itself. And they were curious.

But here, curiosity was not allowed.

So, the children were told the truth. Or what they believed was the truth.

Beyond the wall lay a world that only the most hard working and patriotic children were allowed into when they grew up. Over The Fence lay riches and freedom; the wealth of a world far beyond any of their wildest dreams…

Uniformity was a privilege.

Perfection was a necessity

And rumour, speculation and inquisitiveness were frowned upon.


Lithium Beryllium was their current King and they all bowed before him as he was the one that had created the modern world they know and love so much.


lie
they had ever been told.

Midnight fell hard upon the walls of the castle and black occupied every corner.

Through a wide window, a pair of deep, green eyes watched the dull moon's rays slide slowly across the grass.
He had made up his mind.

"Is this really what you want?" a voice behind him said.

The figure behind him tightened his fists. This wasn't going as planned.

"Argon, adult though you may be in the eyes of the law, you clearly lack the leadership skills needed to…"

"I am fine!" Prince Argon insisted. He knew what his uncle was trying to do. He was not the King that everyone saw; Argon was not going to let him get to him. Argon saw right through him.

And, suddenly, his feet were taking him away, down a corridor and to a tall, long window. Tiny oil lamps glittered through the haze of the sorry city below.

A poorness that had taken fifteen years to build lay before him. He couldn't remember the world in his father's reign all those years ago, and there was certainly no trace of it left in the slums that littered the landscape.

Argon looked out on the depression of the Kingdom below.

The Kingdom that would soon be his.

Rumours were illegal.
Open media frenzy had never happened before, so when it did, it was certainly different.

Firstly, a mass slip in security. Apparently, a group of underage children had broken through the fence to join a 'revolution' on the other side.

And at the centre, perhaps the most shocking story of all.

The Prince had run away.

At first no one believed it. Young Prince Argon, who had grown up in the hush and quiet of the castle, whilst his uncle ran the kingdom? Why would he run?

But then, it started to make some sense.

Hushed rumours spread. Whispers of an uprising…a rebellion even…somewhere in the deep underground flew around like dust.

Apparently, they were standing for the New World and against the harsh laws of King Lithium Beryllium's reign.

And in the middle, Prince Argon himself. Apparently, ready to take the throne that was rightfully his. Ready to fight back against the government and Uncle who had kept him a secret for the past fifteen years. 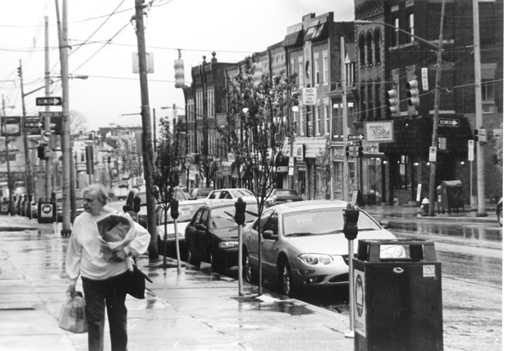