Favorite Quote:
“You dress in shadows, brother, but there is starlight in your eyes”

-Elizabeth Bear, All the Windwracked Stars

Every morning I look out at the streets but I don’t watch the cars. I watch the people – the fat man who sells hot dogs on the corner, the newspaper lady wearing the neon orange vest. Sometimes a kid rides by on a bicycle. Other times, the elderly woman who lives one floor down will put a leash on her German shepherd and then will be dragged two blocks before disappearing out of sight around the corner. They all do that, at some time or another.

I sit still for so long that a bird – a little sparrow with twitchy eyes – lands on the sill. Its feet shuffle back and forth, back and forth, until it is level with me. I am sitting straight, but I am small, so my chin is even with the sparrow’s beak.

“Hello there,” I say. I imagine the vibration of my voice has scared the tiny creature as it flies off. My eyes return to the street where the traffic light has changed in accordance with the rising sun and drifting river of commuters.

A long time ago, a girl was killed on that corner. I remember the day because it was my birthday, the twenty-second. Double twos.

She wore her hair in a braid, and jeans and a red shirt like the kind that can be found in the thrift shop on 53rd Street. Her skin was brown from time spent in the Californian sun, and I remember thinking, This is a long way from California. The worst part is that she didn’t know what people were like here. She’d seen gangs and once even lived in a neighborhood where gunfire was a constant concern. She’d been to funerals; the funeral of her sister, specifically. She was no stranger to death, and yet she didn’t understand!

I am not seeing the street any longer. The glass reflects the glare of the light, blinding me. In that glare I see the yellow taxi swerve to the left. I see the young businesswoman on the sidewalk, talking distractedly as she crosses the street. The light is green! Don’t walk! Please, don’t walk.

I see the green car. The man inside is a drunk because his girlfriend cheats on him and every Friday he goes to the Puss ’n Boots to get back at her. Her mother is dying. Her mother dies of cancer even as he flirts with the redhead in the silk camisole. Even as he pretends to have an excuse.

The taxi screeches to a halt just inches from the businesswoman’s shiny black shoes. She glares at the driver, a sweaty gray man who has been in the business 25 years and has never run anyone down. Just three dogs and a cat.

She is so distracted that the green car is on her before anyone who is not watching can blink. Thump!

Time does not freeze. Times moves just fine, but perception is off because the businesswoman is not lying on the asphalt, sprawled out in pain. She is panting on the sidewalk, cell phone crushed beneath the tires. Her neatly coifed hair is askew, eyes wild and disbelieving as they take in the young girl with brown skin. The girl is so still, her face pale – she is not Indian after all.

I sigh into the window. It is autumn now, and the air has adopted that crisp snap that warns of the coming freeze. From now on, every night will be terribly cold, especially for those who sleep alone, as the businesswoman does. I can only hope that she is changed, but in the end the only thing that I can do is wonder.

The sparrow is back, pecking away at a black bug racing across the window. Both predator and prey are blocking my view, so I can only see the first few letters of the hot dog stand and a blur of orange that is the newspaper lady.

“I’m sorry,” I tell the bird through the window. It pretends not to hear. “But I don’t have any food for you. You’ll have to tough it out on your own. Do you hear?” The beetle is crunched, and with a flurry of wings, the bird disappears.

The glass is a mirror and a window at the same time. I can see the fat man and the elderly lady now, but I can’t see them as I used to. They are not people anymore; I don’t know what they are. Souls, perhaps?

The door creaks open so fast, with only a jingling of keys for warning. I spring out of my chair, and turn sharply to face my new roommates.

They are a young couple toting a bulky baby carrier. Haggard faces, black ovals beneath weary eyes. They look Dutch. I’ve never met anyone from … where are the Dutch from, anyway?

They set down the carrier, and the baby, who has been making an abominable fuss, quiets instantly. Surprised, the couple look dubiously down and then exchange long glances.

“I guess Susan likes it here,” the mother says.

But I know differently. The baby is staring at me. I stand over her and touch my pale fingers to her forehead. She laughs and reaches up, trying to catch my hand, but her chubby little fingers pass through mine. Again and again, she tries, until her worried parents pick her from the carrier like a ripe apple. The mother retrieves the ingredients for the formula while the father rocks her, singing the same lullaby my father sang me once, a long time ago.

I am too busy for the street. My roommates are always moving, doing something. If it’s not the parents, it’s the child, who has taken a liking to passing her hands through my stomach and face as if I am some sort of will-o-wisp. The couple is somewhat bewildered but pleased with the sudden contentedness that radiates from the baby.

“My name was Francis,” I tell her at night. She watches me with huge brown eyes as I recite the story of my life, as I try to make her understand what I see when I look out the window. I wonder, as I do with the businesswoman, if she will remember me when she is older. But for now, all I can do is rub my fingers across her forehead and whisper stories of sparrows and heroes. 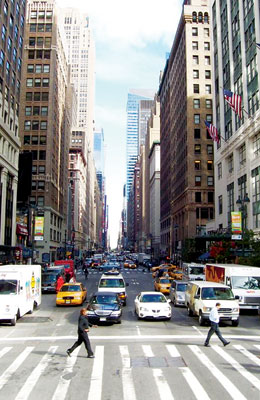 This article has 164 comments.

View profile
That was simply amazing. I read it through twice to understand everything you ingeniously placed in this little enchanted piece of writing. You have a gift with your words, thank you for sharing it with us, I hope you continue to do so :)
kate said...
on Sep. 4 2012 at 10:13 pm
this is such a beautiful and nostalgic story.  i can feel the sorrow.
claire22798 BRONZE said...
on Mar. 22 2012 at 7:11 pm
claire22798 BRONZE, Fargo, North Dakota
1 article 0 photos 8 comments
View profile
my english teacher found this and read it to us. beautiful. we had a fun time trying to figure out what it meant. (:
hobo12321 PLATINUM said...
on Mar. 12 2012 at 11:41 am
hobo12321 PLATINUM, Pittsburgh, Pennsylvania
20 articles 11 photos 62 comments

Favorite Quote:
none, there's too many, although the one about the grapefruit is good. Any by Douglas Adams

Favorite Quote:
"A smile is a curve that sets everything straight." -Phyllis Diller

View profile
That is just... Amazing! I really liked this piece! I totally did not expect her to be that girl at the end. Woooow!
reimer1a SILVER said...
on Jan. 12 2012 at 11:13 pm
reimer1a SILVER, Lockport, Illinois
6 articles 0 photos 3 comments
View profile
This is remarkable. I love it. Keep writing. :)
Vacilator BRONZE said...
on Dec. 15 2011 at 6:24 pm
Vacilator BRONZE, Merritt Island, Florida
4 articles 2 photos 96 comments

Favorite Quote:
No cup of tea is large enough, or book long enough, to suit me.
-C.S. Lewis

View profile
I was a little confused until I read KatieMarie's comment, and now everything makes perfect sense. When you think about it, this story is kind of creepy, but it so well worded and over all well written. I love it!
Tiggerlily14 said...
on Dec. 5 2011 at 8:00 pm
I couldn't stick with it the first couple lines, then i read the last comment from KaitieMarie, and I had to find out what the ghost was all about!  That was really good  :)
happyinnocence GOLD said...
on Nov. 23 2011 at 2:51 pm
happyinnocence GOLD, Indianapolis, Indiana
13 articles 0 photos 2 comments

View profile
Whoa. That was great. I finally realized that she was a ghost and that she must've been the girl that died. That was amazing :D
imaginer BRONZE said...
on Nov. 23 2011 at 1:47 pm
imaginer BRONZE, Carlisle, Massachusetts
3 articles 0 photos 6 comments

Favorite Quote:
all it takes is all youve got

Favorite Quote:
“The expert at anything was once a beginner.All writers are crazy. So never mind what the editors, your family and your critique group tells you. Submit your manuscripts and keep submitting until you get an offer. Then you can be crazy, with a payc

wow. that is amazing.  The details are superp the flow is wonderful.

one Q: is she dead and was the girl who died her?

Fia-fia BRONZE said...
on Nov. 1 2011 at 6:34 pm
Fia-fia BRONZE, Bethesda, Maryland
4 articles 1 photo 157 comments
View profile
This is beautiful! I will not take the privilege of talking for others, but this kept me guessing from the start, and I loved it. It is different from the other stories in that you keep discovering with every single word. Thank you sooo much! :)
Gingersnap777 said...
on Nov. 1 2011 at 8:49 am
Exquisite writing!  Very artistically done, I must say.  I do have one suggestion, however.  I felt like you rushed to the conclusion, and the last few paragraphs and the information they cover seemed less developed than the rest.  Something to think about during future editing!
ALM007 ELITE said...
on Oct. 21 2011 at 6:59 pm
ALM007 ELITE, São Paulo, Colorado
119 articles 54 photos 117 comments
View profile

MacyJo said...
on Oct. 10 2011 at 10:32 pm
As everyone else is saying, your imagery is truely spectacular. At ceratin points in the story I wasn't quite sure what i was reading about but at the end it all fit together like a puzzle. I find it interesting that thhe baby can see her but the parents cannot. Very beautiful.