I didn’t want to meet Luke’s eyes, or anyone on the Council.
“Why did you leave?” Master Trewh asked. He was from Ziost, the dark forest planet. His dark midnight-black eyes bore into me. I could tell plainly he wasn’t happy.
“It is for a reason I wish to not tell the entire Council,” I replied.
“Siri, we will not tell anyone else in the Order,” Master Querti announced. “All that is said in the Council in confidential.”
It is, until you blab it to the other Jedi, I thought icily.
“I sense great resentment and distrust in you, Master Siri.” This comes from Hett, who could sense emotions because he was Iktotchi, and they were known for their psychic abilities.
No one said anything for a moment or two. I finally met Luke’s eyes, and they seem to say I must talk to you after this.
Master Leia suddenly sighed. “I don’t see anything useful about your wanderings, Siri. Did you uncover anything useful?”
“Nothing much, but I did hear that the Kamino cloners are creating another army.”
“Were you able to get more information?”
“I was able to travel to Kamino, and found out that the order was five thousand soldiers for a man named Commander Vagasehd, and he wanted the batch to be of Yuuzhan Vong origin.”
Master Querti gasped. “It could be the Yuuzhan Vong War all over again.”
Luke glanced at her. “We’ll send a few Jedi to investigate.” He then looked around at all the Council members. “I think this is enough. Council adjourned.”
Everyone started to stand up and walk out the door. I waited until everyone was gone except for Luke.
“It’s good to see you again,” he said.
“It’s been a long time.”
Luke motioned to the door. “Come. Let’s talk about this on the balcony.” I followed him out of the Council room. Around us, many Jedi of many different races walked around, going to and fro. When I walked passed, many stopped and stared. The older ones recognized me while the young ones had no clue who I was.
Luke and I walked up two flights of stairs in silence. When we arrived on the balcony that looked over Courscant, I could finally break that silence.
“I’m sorry I left,” I started. “It’s just that—well, you know my dilemma.”
Luke, who was staring out at the view, nodded. “I understand.”
I wiped my face with one of my metal hands. “I don’t know what I’m going to say to my fellow Jedi.”
Luke looked at me with a clear blue gaze. It reminded me of the beautiful lakes on my home planet. “Maybe you should tell them the truth, Siri.”
I blinked. “Huh?”
“Tell them who your great-grandfather was, I mean.”
From the second it left his mouth, I despised it. “No,” I replied. My voice suddenly became more metallic than usual. It usually did that when I got angry.
“Siri, I had to go through the same thing too.” At times like these, I could tell that Luke was troubled by his bloodline as well. “It’s not something that can be hidden for long. It’ll come out sooner or later.”
“But look at me!” I spread my arms out wide. “I look exactly like him! Even when I was younger, people kept saying, ‘oh, you like a certain general from the Clone Wars.’ How do you think that makes me feel? Really bad, if you want to know.”
“I’m sorry it makes you feel that way.”
Suddenly, a young Padawan ran onto the balcony. “Master Luke, there is a transmission from Senator Taggor waiting for you.”
Luke nodded. “Very well then.” He then glanced back at me. “I hope we can talk about this later, Master Siri.”
He left, and I felt hopelessly alone. 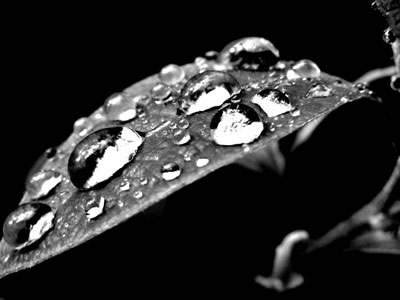 The author's comments:
One of my favorite movies is "Star Wars" and I really wanted to create a character or two of my own. Hope you enjoy!
Post a comment
Submit your own

“Why fit in when you were born to stand out?”
― Dr. Seuss

View profile
Also, could someone look at my story? It's called the Story of the Demons, please rate and comment :)
GeeGi BRONZE said...
on Mar. 14 2012 at 7:54 pm
GeeGi BRONZE, Park City, Utah
3 articles 0 photos 51 comments

“Why fit in when you were born to stand out?”
― Dr. Seuss

View profile
Oh my gosh, this is so cool! My name is Siri so that makes it even cooler!!! It's kind of funny that I get to be a cyborg jedi. Your story is great! LOVE IT!!