On the Run | Teen Ink

‘It's over,’ she thought, ‘Everything is fine now. We’re safe,’ Elena tried to convince herself. But she knew that she was telling herself a lie, for everything was going to get only harder from here.

Two weeks ago, she was happy. Elena was standing in front of Poul, a brown haired and black-eyed guy, ready to get married. And they did. But all that was in the past now. For what came next destroyed them all.

The next morning, Poul’s parents had left the country, as it was too dangerous to stay there, with the war going on and all countries being slowly destroyed and Jews killed, until there wasn’t any of the two anymore. They advised all of them to do the same. But her parents wouldn’t listen.

‘I came all the way here from Switzerland only to go back a few years later? Over my dead body! Nothing is going to happen anyway. It never does, believe me,’ she had heard her father, Jorgen, yell at her mother.

So, they didn’t move. But the father’s predictions were far from true. A week later, the Germans came and occupied Austria for good, closing all borders and controlling every house they could. First, Elena and Poul had hoped to get special permission to leave the country. But it was too late. The Germans were in control now.

‘Reason for leaving?’ the embassy worker had said to them in a calm and assuring voice that day. His expression was neutral, giving Elena hope. But something happened. The moment he saw the passports, his whole face changed. Anger took over him, as if they had committed a crime they were unaware of.

‘You see, my husband is a quite well-heard opera singer and wants to extend his career. That’s why we were thinking to go abroad. We have several relatives in other countries, so housing won’t be a problem,’ she had said, trying her best to sound friendly and calm.

‘But please we must get out of here!’ she had said, her voice now completely broken and desperate.

‘You and all Jews alike,’ the worker said, avoiding their desperate eyes. ‘Next!’

Matters turned worse the next days. Her father got terribly sick, and the police came into their house with a fabricated document to house-arrest them, so they wouldn’t get out of their sight. This was the end for them. The police at their house, death waiting for them just around the corner, Elena was ready to give up. But her husband wasn’t. One day, while the police inspector was doing his declaring of valuable items in the house, which he especially loved because he got to pick which items were going to be his, Poul grabbed Elena by the wrist and whispered in her ear, careful that no one was eavesdropping on them:

‘Listen,’ he had told her with an anxious and stressed expression on his face. ‘One of my friends managed to get us the last two tickets to Innsbruck. We must get into that plane. The flight takes off at 8. From there a train will take us to Switzerland and then we will go to the US and meet your sister. She has agreed for us to stay at her house until we get settled. Everything has already been arranged.’ He then kissed her on the forehead. ‘We must get in that plane,’ he had told her, ‘or we won’t be together much longer.’

She knew he was right. They wouldn’t be together for long if they didn’t leave everything behind. Alive, that was. Keeping that in mind, she went into her parents' room and locked the door. Her father instantly woke up. He looked much better than usual, but she knew he wasn’t going to make it.

‘Is it finally time?’ he managed to say in a weak whisper, slowly fading away so only the three of them could hear.

‘Yes,’ she had responded in the same way, tears coming out her eyes and going down her cheeks. ‘It’s time.’

‘Remember,’ Jorgen whispered again, this time words hardly coming out of his mouth. It was clear to anyone watching him that he was trying his best not to look weak, but he had failed. The emotions had gotten the best of him. ‘From now on we speak the language of the future,’ he declared, forming a weak but loving smile on his face.

She didn’t say anything in return. Everything had already been said. She hugged her parents and left the room, never to see them again. At the hall, she could see Poul, eyes frantically glancing at his watch, walking in circles. She came in from behind and took his hand. They were ready. Walking together, both approached the police inspector.

‘Sorry to interrupt your extremely busy day,’ Poul had said to the inspector. ‘But Mr. Jorgen is extremely sick and since we can’t go anywhere without you babysitting us, we must set for the pharmacy and get some medicine for him.’

The inspector, enjoying his usual cup of coffee, was left speechless. He was ready to respond to her husband but was interrupted.

‘Shall we go then?’ Elena added, wanting to make the whole thing end as fast as possible.
The inspector looked at them and gave up on responding for it was obvious that he wasn’t fully awake. He grabbed his coat and yelled, ‘Move! I don’t have all day, you know.’ The three of them moved fast down the building and went into the store. Luckily, the inspector decided to wait outside, as he was eager to light a cigarette and quietly let out the anger for what had just happened.

As the pharmacist went to find the prescription, the couple went on the back of the shop, desperate to find a way out. But all they could see was a narrow, empty space in front of them, overrun by darkness. They started sprinting at once, knowing they had little time before the police would get a hang of this. And they were right. Just when Poul had found the door, screams echoed at the beginning of the dark tunnel.

‘Run you morons! RUN! I can’t let them get out of my sight!’ the inspector barked, giving orders to search the whole building, his cigarette on the ground.

It was too late for them though. For by the time the police officers had seen the backdoor, Poul and her were safely in the back of a black car, heading towards the airport. They didn’t talk at all during the ride. Both needed time to absorb what just had happened. Only when the car reached the airport, did Paul talk.

‘Don’t forget the plan,’ he had told her, unable to look at her eyes, distracted and stressed from what had just happened. They had just barely escaped. What if they didn’t this time?

Taking those thoughts out of her head, Elena followed her husband to the ticket isle. They got the tickets, safely obtained by Poul’s friend, and then directly left to board the plane.

‘But it’s only 7,’ Elena had complained to him, tired of walking and desperate to catch a break, possible even enjoy a cup of coffee in silence. But from the look on his face, she understood. They were after them. They knew.

The couple had gone to the gates shortly after Poul had signaled Elena, waiting uncomfortably for the time to come, not daring to talk louder than a whisper. It was all a blur. The only thing that made her realize that they needed to move was when the speakers had said so. Frightened and whole body shaking, the couple was ready to board the plane, only to notice and obstacle standing on their way. An obstacle separating them from freedom. And that obstacle was a short guy, in his 50s, wearing a pair of dirty glasses and looking at names of a list he had on his hands.

‘I’m sorry for the inconvenience,’ the guard, dressed in the airport’s uniform, expressed, ‘but due to the situation we have found ourselves, extra security was required today. Not for people like you though, of course. Now can you please give me your passports?’

Elena stared at Poul. They were dead. This wasn’t part of their plan. The guard was going to notice straightaway, and they were going to be tortured, or hanged, if they were lucky. But Poul didn’t flinch. He calmly gave the guard the passports and waited. The guard looked at them. He knew. But unlike the others he didn’t yell or hit them. He just gazed at them. Not with anger or threat . . . but with something softer. Sadness. Then a sad smile formed around his cheeks. He looked just as if he had given up of all tries, as if the good and human in him had finally taken over.

‘Have a great trip and I wish you all the best in Innsbruck,’ the guard told them, but they knew what he meant.

From there they were out of danger. They landed in Innsbruck safely and took a train to Switzerland. Even though the train ride was rather uncomfortable, as they had to share a car with the luggage, with bags falling at them continuously, it was much better than what had waited for them in Austria. Now here she was, in a motel in Zurich, thinking of what was to come. 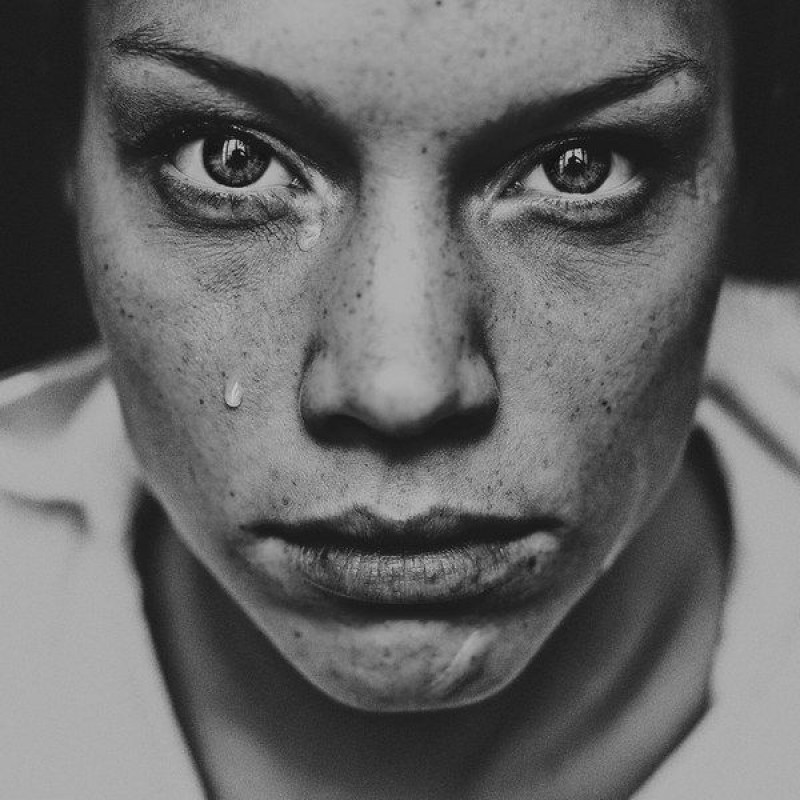 I have tried to focus on how terrible the life of Jews was during World War 2.