I stood in the middle of the rubble, frozen, stiffer than the columns that marched away to the right, their white pillars forming a corridor of stone. Ahead of me the walls rose up, only to be suddenly cut off, a jagged line across the sky. All the windows had shattered. I could have sworn I tasted ashes in the air.

“You know the roof caved in when it burned.” he said. “They died quickly.”

I looked at him. At the sunlight falling from the broken roof, resting on his tousled brown hair and worn jacket. It looked like something out of a painting, so I tried to think about that, and not about burning plaster raining down on people's heads. It was a moment before I realized that he was staring right back at me, with an expression of concern, as if he needed some sort of answer that I was not about to fall into more pieces than the broken house in which we stood.

I thought about this. I thought about running down that stone corridor, now roofless, windowless, running by myself, running so fast that maybe when I came to the end I might turn around and find it all undone, and I would be the same as I was a week before, or two weeks, and if I was the same then so would he be, and he wouldn't be here talking to me like this because gardener's sons did not talk to rich men's daughters and the world would be right again. But then if I said yes and took off running I might turn around and it would still be broken and I would be alone and I would begin to feel as if I were the only person left, the only person in the world.

I blinked and a tear fell out. He was still looking. I must, I decided, get over this new habit of pausing so long before I spoke.

“You may stay.” I told him, and lifted up my skirts, stepping away to remind him that, ruined or not, I was still a gentleman's daughter.

The floor had disappeared, covered in rubble. The bodies were all gone, I knew. I knew this, but even so, as I looked at the stone and charred wood I kept catching glimpses. That broken, burnt, twisted piece of chair was the color of my sister's dark hair, poking out from beneath the pile, the twisted silver spoon nearly the shape of my father's glasses. That blue, winking at me, half buried, was the color of my mother's eyes.

Blue. I bent down, and unearthed it, half a china plate, somehow surviving the fire. My mother's china. Only the best, she had said, for my sister's very first ball.

The couples would have danced in this very room. Lady's skirts swirling, gentleman's shoes clicking against the floor, lit by candlelight, and humming faintly with voices and laughter over the soft melody of violin strings.

Maybe my sister was dancing when the fire started.

I could hear the boy behind me. His footsteps were surprisingly soft.

“It's not right.” she told me. “If you must see the sight, I will go with you. Not some servant. I, at least, know how to let a person grieve.”

I did not like her idea of grief, that meant silence, and dressing in black gowns, and holding her handkerchief close to her eyes, lest any of her cold tears should actually escape and begin to make its way down her cheek.

“I'd rather have him.” I said. He, who was also acquainted with the word 'orphan', whose own father had died not two years ago when the fever came and took so many, whose own home had also burned with mine.

My Aunt gave in. They all gave in to me now.

I looked at the piece of plate. The edge was knife-sharp.

My sister dancing, twirling. And where had I been? In my room at boarding school, still sitting up against the rules, perhaps braiding my schoolmate's hair, perhaps lamenting that I was yet to young to join my sister's first ball.

The shard slipped through my fingers, blue, sharp. There was blood on my hand. Some sound, some soft weeping, becoming louder, and more ragged, was growing out of my lips as my knees gave way and I sank to the ground. 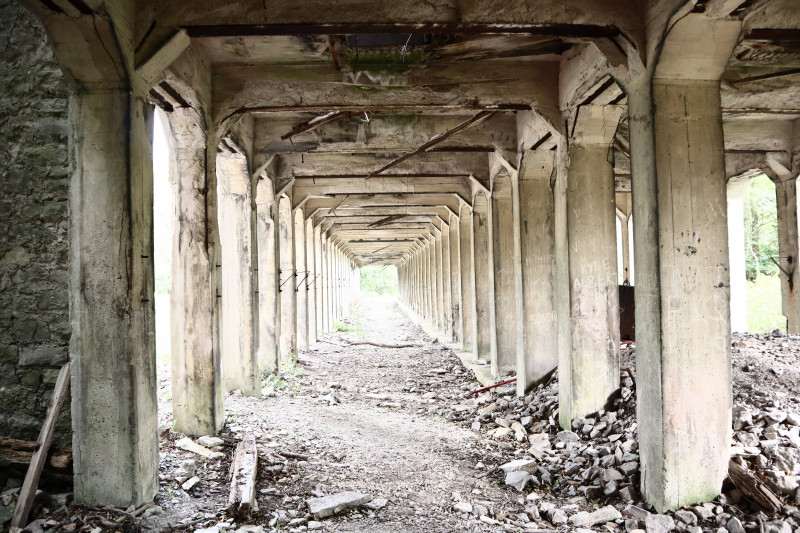 Something random I wrote once as a short writing excersize :)

The picture was my prompt.