Favorite Quote:
"In the end it won't matter how many breaths you took, but how many moments took your breath away" 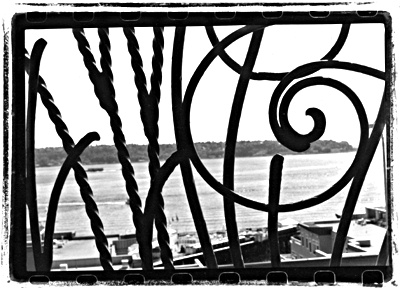 Wow - what a brilliant idea! I really sympathized for William right up until the end. The only issue i can see is of how easily William Sr. came over to the states - especially as the two countries are at was and he's an enemy soldier.

Also, out of curiosity, was Perry a real historical figure and was the Lawrence really an American ship? I love history and was just curious!

What an awesome story - you've got a real gift for writing plot twists too!

Favorite Quote:
"Look after my heart, I've left it with you."- Edward Cullen
"To love another person is to see the face of God . . ."- Les Miserables
"Don't say the old lady screamed. Bring her out and let her scream." - Mark Twain

View profile
:,( oh William!! so sad.  I honestly wasnt expecting that ending.  Very beautiful.  But, again, I have some technical problems.  I don't think William would've been paying attention to someone else's eyes in the midst of a battle and just assume it's his real father; and, also, I think that William's adoptive father and half sister would have to go through a lot of training before they could do anything.  Especially his sister, she'd have to have nursing experience.  I also don't know if William's biological father could just switch sides like that.  But, other than that, I liked.  The body of the story was very interesting.  Just clarify the technical issues and it'll be great!! :)
We-R-3 BRONZE said...
on May. 31 2010 at 9:14 pm
We-R-3 BRONZE, Orlando, Florida
1 article 0 photos 344 comments

Favorite Quote:
A picture is worth a thousand words, however it takes a real artist to turn words into pictures.

Have you heard about the new Lebron Iphone, you have to set it on vibrate because it doesn't have any rings

Wow excellent end this is the end right, I grew very attatched to william, I guess when someone shares your name :D. Wow just a very powerful story

FYI: My name is William

burnt-toast said...
on May. 29 2010 at 6:34 am
this is great.. it really stirred my emotions, I got really attached to the boy, which was impressive considering it was a pretty short story. I did get a little bit confused in the middle, had to read it through twice, but i think that was just me - i'm not entirely with it this morning. Great work, keep writing :)
aaaaaqweqweqwe SILVER said...
on May. 28 2010 at 8:14 pm
aaaaaqweqweqwe SILVER, Somewhere, Illinois
6 articles 0 photos 67 comments
View profile

I like the ideas thaty you brought to the end of this story, but I feel like they moved along at an awkward pace and in a choppy manner. The story elements are excellent, i.e. two fathers, writing the letters, etc. You really just need to smooth it out. That's what editing is for!

Thanks for this excellent and promising story. Be sure to take a look at some of my work :)