I Found My Breath Again...

- The man in the fine linen three piece suit

One day I was passing by a friend's place on a rushed road with traffic coming from all the 4 directions or probably even 6 of them, as I thought of stopping by and having a cup of teawith him. It was a broad, undeveloped road full of gravel. As I was about to start my way across the road I had a thought due to my eyesight that had just spotted a fair toned, well dressed child who was lying on the footpath. He seemed abandoned and I strolled briskly towards him. As i had made my way through the traffic and to the other side the child was not there and I was kinda relieved thinking that I might have missed the scene of the child being taken away by his parents in the haste of reaching him. "Oh good lord!Kids are such a mess." I said to my very self with a sigh. But as i started towards my friends' somebody said "Hey! Help me." and with this signal calling I turned my head around and it was the child again lying on the footpath on the other side and as I glared at him for a moment I had a feeling that I had seen the child back; back at....... leave it just somewhere before. Then i just thought that there is a big lot of people willing to help and I should just get going. I started to move when there was a bunch of sentences being whispered into my mind causing a distortion. Some of them which I was able to get were, "Why loose a good one?" " you've changed" and probably, "you were not born to do this"...

I was bewildered as anyone would have been. This voice was also familiar not one that i usually heard but one that I could recognize. I turned around once again looking at the child,between the slow old scooters, muddy white cars and a blue coloured bus, who was looking me in the eyes by now. I tried to recall who it was and then I had a click telling me something unexpected. "THIS IS YOU" my brain told me loud enough that I am sure the beggar standing nearby had heard it and yes, it was me. It was like looking into a mirror, one that showed you that what you had to be and what you have done to yourself. He stood there, as I sat down on the footpath on the other side of the road.

At this moment I felt like our brains were connected with wires of all variety red,green,blue and orange if they are in that colour. "Why are you killing me?" my own younger shrill voice asked me. This was meant to perplex me but it did not, not at all. I had all the idea of what he was talking of. "You want to be a messiah,you-you want to keep everyone happy. That's not practical and I am not wasting more of my life on your senseless stupid ideas!" I started with a voice of a low amplitude which went on rising and rising. He did not change at all and said, "Things are practical when you want them to be and I choose this life to make it practical...."

It made all the sense to me. After all it was my own self saying all of it. The kid started walking towards me. He crossed the road and the came nearer and nearer then suddenly vanishing. Probably getting again inside my body and make it his, to take my heart and make his one beat and to take my breath to make him breathe. Breathing back to life and recovering from the death he faced, perhaps every single moment. I became his idea thought and mind and he got my body. After all it was always in there perhaps not capable enough to conquer the dying me, the one who had given up hope.

That day was one that gave me a purpose to live, an objective to be fulfilled and a reason to make things practical 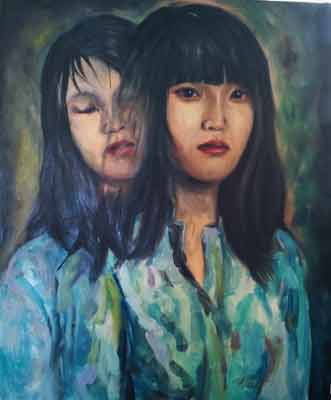