The wind blows gently across the grass, and Nova laughs as he runs across the courtyard. The sun glows in the sky, warmth draping across his shoulders.

“And then,” he tells Sylvia because she is small and doesn’t know these things yet, “the great hero defeated the demon and rescued the princess!” Sylvia giggles loudly, clapping her hands from her place off to the side. Something inside of Nova melts at the tiny sound.

Everything about Sylvia is tiny. Tiny round cheeks outlining a tiny head placed on a tiny body. Tiny chubby fingers on her tiny chubby hands. Nova feels a sudden and inexplicable urge to grip Sylvia’s cheeks and kiss the tiny little baby fuzz slipping out over her forehead, and he gives into it, laughing wildly into the calm summer air.

Sylvia’s skin is soft when it meets his lips. Every giggle that she lets out is larger than the last. Nova can feel each vibration through his arms, wrapped gently around his little sister’s shoulders.

“Va!” Sylvia cries, and it is a sweet, sweet sound. “Vava, look!” Nova smooths back her hair as he pulls back, his curious gaze slipping to her hand.

Sylvia cups a small handful of purple flowers into her palm. They glow brightly in the shadow he casts over her, as bright as the hue of her eyes in the flickering sunlight. Sylvia beams up at him. When she smiles, she is missing a tooth, and when she looks up at him, her eyes gleam with childish happiness.

Nova is six. Sylvia is four.

They are two siblings outlined by the sun in the courtyard, tiny hands covering even tinier ones.

Here is his little sister, laughing in the wind.

I will love you forever, Nova pledges into the soft tuft of Sylvia’s hair, into the laugh that she lets out, unrestrained. Into the wind and the grass and the bright colors of the world.

The moonlight slips in from the window, leaving an illuminated, silver square upon the floor. The nighttime air is cool as it curls over his shoulders. Nova leaves the window open behind him, the breeze cascading the curtains across the midnight.

The railing of the balcony is cold when he puts his hands on it, craning his head to look up at the moon. A pair of footsteps step gently out behind him, and the blue clothes of his best friend come into the corner of his vision. Nova does not turn his head, connecting familiar summer constellations with his eyes.

When he and Sylvia had been very, very young—before they had known the slap of skin on flesh and the silhouette of their father in the doorway—they had used to wander midnight hallways. They were never caught because Sylvia was smart like that, and they would settle in a hidden alcove on the third hallway in the western courtyard and make up constellations, giggling into the shadows.

Still allowed to be.

James stays quiet next to him, sensing his strange mood.

Nova wishes things were easier. He is tired in ways that he can no longer explain.

These are facts that only he holds, and their weight is heavy in his hands. Sometimes, he wishes that he could let them go, until the only version of Sylvia left would be the one who had stood on the rooftop railing, looking unflinchingly at the stars. Until all that is left of her are her limbs, splayed in odd directions in the garden.

Sometimes, he wishes that he didn’t care so much.

“Did you know…” he tells James. His voice sounds strange under the moonlight. “...that Sylvia had a sweet tooth?” He bows his head to the sorrow that crawls under his skin, staring down at his hands. He thinks that he can see flowers linking their way across his palms. “She would sneak to the bakery sometimes. Steal a different pie every single time. She was never caught, of course, but I knew it was her because the day after her smile was just a bit softer.”

When Nova looks up, James’ gaze is terribly tired.

“Her favorite was the lemon meringue pie,” he whispers. The words fall out of his lips into his palms, staring up at him. James does not move. The night is quiet.

“You don’t need to carry all that with you, you know,” James finally says, voice rough. “It’s okay to let it go, Nova. It’s okay to move on.”

Nova flinches. Then, he shrugs.

I can’t, he thinks but doesn’t say. I can’t do something like that.

There is a garden in the park on the way to school.

Nova is ten, and he grips Sylvia’s tiny hand in his, cheek stinging and arms bruised beneath his shirt, and he finds a little bird crying by the roots of a tree. It is small, wings bloody but soft with fuzz, eyes still shut.

Sylvia grips it in her hands, and her eyes glow almost purple in the shadows of the leaves.

“Is it going to die?” she asks, eyes wide, her scalp still sore from where their father had dragged her by her hair. “I don’t want it to die.”

I don’t want to die, Nova hears, staring down at her eyes, far too shadowed for the soft curve of her skin. Don’t let me die.

Nova comes back the next day with the emergency kit from his room. He wraps the bird’s wings like he wraps his little sister’s hands in the nighttime, after the screaming has stopped. He holds the feathers gently like the way he brushes tears from his little sister’s face in the darkness of the bathroom. He looks down at wide black eyes, and he thinks of the purple asters growing on his sister’s hands.

The bird looks up at the sky and sings.

Nova is sixteen, and the police are wiping blood off of the grass.

The bird does not sing anymore.

His father is yelling when the police officers grab at his arms. Nova stands still as stone and tries to keep himself from flinching whenever his father’s fists clank together in their cuffs. His hands shake nevertheless, and his mother shudders like a husk next to him.

He hates how empty his side feels without Sylvia’s shaking hands clutching his stomach.

The court determines his father guilty.

The man who has ruined his life. His mother’s life. His sister’s life. The demon leaving bruises on his skin and who had squashed a purple aster flat beneath his boot. He is taken away, kicking and screaming, and sentenced to a life of hell.

Nova hates how it doesn’t feel like a victory. It tastes bitter and empty, and it feels like a baby bird whose body is broken in his palms.

He wonders if she’d spared him any thought before she’d jumped.

He is eighteen, and he climbs the roof with bare feet.

He doesn’t know exactly what he’d come here for, but when he thinks about his sister climbing these steps just two years ago, looking out at this same summer sky with the swirling nighttime clouds, something about him aches.

He places asters by the edge.

His bones hurt with a kind of endless ache so different from that of curled fists. Sylvia is a caved-in, hollowed-out part of him—a little hole with teeth that bites him when he gets too close. She is the empty bed beside him, the silence haunting the park, the constellations mapped out across the sky. She is the asters growing by the side of the road, the scent of fresh pie, purple bruises and purple eyes.

She’s not coming back.

Nova cries. The emotions well up inside of him like an insurmountable tide, indistinguishable, agonizing, colored red with remorse. He falls to his knees and sobs into the cold air of the rooftop, into the pads of his hands and the rough cloth of his pajama pants. The wind whips through his hair and steals his tears away to drip onto the ground.

The tears are salty. They taste bitter, and they taste like guilt, and they taste like this hollowing feeling inside of him. He is hiccuping, cracked noises leaving his lips and falling into his palms. He cannot make sense of it, this desperate sorrow spilling out of him like the pull of gravity. He wonders if this is all that he amounts to, these tears lying cupped in his palms like stars. He wonders if after this—after all of the sorrow seeps out of his skin—if there will be anything left inside of him.

The rooftop blurs before his eyes. It is unbearably hot now. Suffocating.

I’m sorry, he wants to say like a prayer, over and over until maybe somewhere out there in the starry night sky Sylvia might hear him. There’s too much that he needs to apologize for, and there are not enough words for him to fit it all in. I’m sorry for being unable to protect you, I’m sorry for failing you, I’m sorry that I couldn’t do more for you.

There is no answer.

Eventually, he sits back on his knees, tired. The stars continue to shine.

He is passing the park with his suitcase, wondering what will await him in college. The sun shines a bit brighter, and it feels a bit odd not having to hide the slight aches in his bones. James hums next to him as they walk, wind gently brushing across their cheeks.

Nova thinks that Sylvia would have liked this—this weather with the sun bracketed by a few clouds and a gentle spring breeze wafting down at them. Something in his chest aches at the thought.

There is a bird singing somewhere in the park—bright, clear, and lovely. Nova thinks of soft tufts of baby hair and summer constellations. He thinks of all the things that he cannot bring himself to let go of. Nova thinks of a baby bird with a broken wing, staring up at him with wide eyes.

You don’t need to carry all that with you, James had said.

When he turns away, he smiles. He leaves his father’s shadow by the fence, where little purple asters are blooming on the wood. 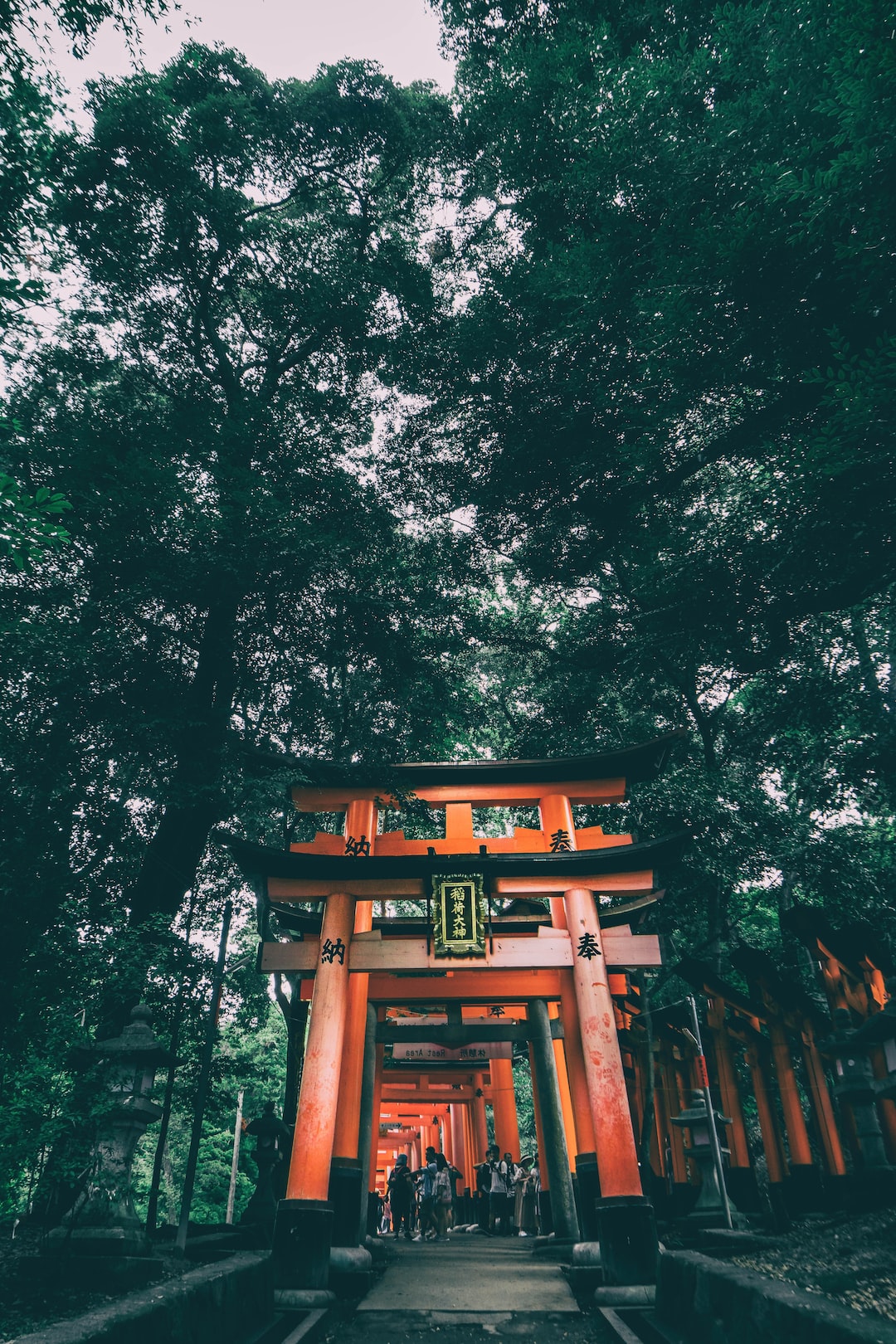 Photo by Richard Tao on Unsplash

Kay L. is an eleventh-grader attending school in Seoul, South Korea. She is currently putting together her writing portfolio and was recently accepted into the Emmerson Summer Pre-Collage Creative Writing program and has previously participated in the Juniper Young Writer's Program.