He is the beauty, I was the Beast | Teen Ink

He is the beauty, I was the Beast

She lay still in the bathtub; her tears fell from her eyes and drowned in the scarlet that bled from her soul, and stained the pearl water. The walls of the bathroom were grey, a colour that never whispered truth. The walls were thick. They let nothing out. They strangled screams into silence and grated the knuckles of the fists that dared to bang upon it. The walls were thick. She gazed at the grey walls; colourless was her prison. Suddenly she stood up; careful not to slip on the slimy surface of the tub. Drops of water crawled down her body like vermin’s as she stepped out. The floor was cold and hard. And the walls still grey. Slowly she lifted up her hands to one of the walls as her naked body shivered. Gently she traced her fingers along the wall; as if searching for an exit, a way out. But it showed her no exit, and just maliciously shoved her away, back into the room.
Her body quaked. Something was inside of her. Something she didn’t want, something unwelcome. It was unholy and unrelenting. It was dark and it’s wrath was terrifying. Her frail bones scratched ferociously at her coffee stained skin; desperately trying to make an opening, anything to get it out. Her lips trembled as she nailed them shut despite their powerful resistance. No, you can’t go out that way. She thought. Someone would hear.
Her breath grew heavy and every part of her ached; though it was her soul that was plagued by the most ruthless pain. It hurt her. It hurt so much, that if she kept it in, it would kill her. And so she thrust her hands over to the cabinet under the sink and nervously flung it open. She fumbled around for her pocket knife. It used to glisten, like it had been soaked in the sun, anointed with light. But now it was dull and dirty. Her eyelids draped over her eyes like curtains, surrounding her in darkness. Sometimes not being able to see anything helped her not to feel anything. Only sometimes. Her heart froze at the touch of the icy blade on her skin. Soon the touch faded away as the blade became part of her; merging with her flesh and bathing in red. She opened her eyes; tears caressed her cheeks as the relief overwhelmed her. It was gone. It was out. It was gone for now; but it never wandered too far. Still undressed she raised her arms above her head, as if to show the walls what she had done. Her arms quivered above her; a fountain of red. And like a child experimenting with finger paints, she slammed her arms against the wall and savagely smeared them with her blood, exterminating the grey. The grey that now took refuge in her eyes.

“Bellator! You’d better be down hear in not more than fifteen minutes or the driver is going to leave.” Bellator heard he mother’s croaky voice yell from her tomb. Her mother’s voice danced around the cold mansion, stomping and wriggling up to Bellator’s bathroom until it reached her ears and brought her out of her trance. Immediately she reached for the tap and twisted it open. Water spilled into the elegant antique sink and onto her delicate cuts. The water trickled down her arms like rivers; rivers which turned red; rivers whose fate was only to be swallowed up by the dark hole of the sink. And one by one, each river was drained away; the blood hidden forvever. Bellator twitched, tortured by agony as she dried her cuts with a towel. The room filled with the crackling of paper as she unwrapped several bandages, and her cuts disappeared instantly under the sheets of beige. And then it opened, the door of the room that was once grey, but now terrorized by luminous ruby.
Outside, the birds snuck out to announce the morning as Bellator finished getting dressed. Her high-heeled shoes clicked rhythmically against the marble stairs as she walked to the door.

“Bellator...” Her mother’s voice made an appearance again, this time introducing itself from behind. Bellator turned around irritatedly, greeting her mother with frown colder than winter.
“Mother?” Bellator asked impatiently as she her arms weaved around her neck, fastening her crimson tie around the collar of her private school uniform.

“Your father told me about your report…” Her breath formed a fog that surrounded Bellator. It reeked of the stench of alcohol. Bellator turned around to walk out the door, her black hair crashed into her cheeks as it was violently thrown around.

“Just be quiet mother. I can’t around you! Please…” All silence fled and Bellator’s monstrous voice filled the room. “Ewan already gave me…he has already dealt with me.” She finished in a whisper, coated with shame.

“Last night?” Bellator’s mother mumbled; her chest grew and shrunk, alarmed; as she bore breaths so deep and loud, they could wake the dead.

“Yes.” Bellator muttered as her eyes met the floor; the tiles were black, like the night; they murdered her reflection, leaving her alone. “All night…last night.”
Bellator’s mother stared at her daughter; but she didn’t see her, she couldn’t face it. Her eyes wandered from her ears to her lips, and then hesitantly they crept down her neck; it was bruised.

“That was very sweet of your father-”

“He knows I’ve been ill lately Bellator.” Her mother continues as if she hadn’t heard a word.
At that Bellator revealed her face. Her eyes, just two brown spots surrounded by emptiness. She had nothing left; he had taken everything from her, even those beautiful chocolate eyes that used to melt in the sun. Her eyes, just two holes, leading to darkness. Those holes stomped out of the door and into the morning. Another icy morning that would soon, give into the night. 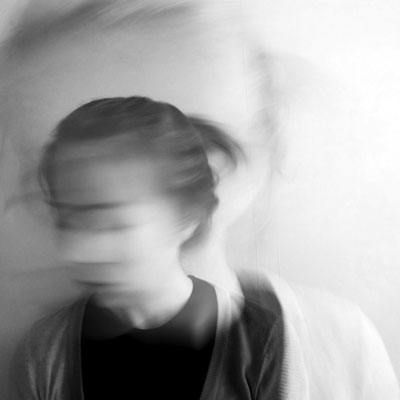 The author's comments:
I just joined Teen Ink and really enjoyed reading all of your work, and decided to submit something myself and see how it goes.

This is the opening of a novella i'm writing, i hope i added enough so it doesnt end abruptly. okey dokey, adios and please, any feedback would be super cool!
Post a comment
Submit your own

View profile
O my gosh this was really heart breaking. Really good though! I would LOVE to read more of it!