Me and Zanna do everything together...shop, read, listen to music...stop the zombie apocalyse... | Teen Ink

Me and Zanna do everything together...shop, read, listen to music...stop the zombie apocalyse...

The moon shined peacefully on the empty drained public pool. The cold fall wind stirred the orange leaves and scattered them around. A man in a torn black suit with a slack open jaw and green goo dripping from his mouth with decaying sallow skin and a slow lurching walk reached for the rim of the pool. As he climbed out two girls peered curiously at him. One was 5'1 and had pretty dirty blonde hair and big hazel eyes. She wore jeans and a tee shirt and crossed her rms as she examined the moaning zombie "This on is UG-LY." she said. The other girl who was 5'5 shrugged, eating chips. She had frizzy long brown hair and darker hazel eyes. She, like her friends, wore jeans and a teeshirt. " Arn't they all?" she muttered, searching for that last cookie. The zombie stumbled and beagn dragging himself over to the girls. "Ugh! Cheapskates! They only put four cookies in this pack!" the second said loudly indignantly. "I told you to get the bigger bag!" the first muttered, rolling her eyes, "No! You where too busy ogling the cookie dough to tell me anything!". "NO!" "YES!" "NO!" "YES!". The zombie moaned loudly, right on top of them, They both turned and shouted "DO YOU MIND?". Startled, the zombie stepped back. Then an ipod fell out of the shorter girl's pocket. Boom Boom Pow by the black eyed peas sudden;y blasted from the ipod. Both girls froze in their fight and starting singing and dancing. The zombie mumbled along in his low groaning voice. Then the song shut off. "Good song, good song...did you know when we went to the mall that one time, and I invited that hobo to lunch, he told me that duct tape can remove warts." the shorter girl laughed. The taller girl grabbed a .44 in her pocket and shot six bullets into the zombie's neck, beheading it. "Stopping the zombie apocalypse, one day at a time.." the taller girl grinned. " Tam?" she said , turning to the shorter girl. Tam had gone pale white and her eyes had widened in shock. "What is it Tam?" she said worriedly. Tam shouted "OH MY GOD." "What? Tamora Lindsey Perch, tell me what is wrong right now!" the tall girl demanded. "Zanna..." "Yeah?" "That guy was a zombie!!!". 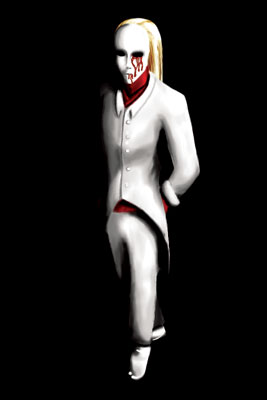 The author's comments:
I love my friends, sorry Ducky, but you know your such a Tam.
Post a comment
Submit your own

View profile
sorry about the spelling im working on that. and i know it changed from chips to cookies during the story. please read and comment!!!