Today, when I was in the middle of that crowded, smoke-filled room, trapped in between two guys, one of them wanting to putting his hand on me, in the middle of all of it, I thought of you. I thought about what you would have done if you had been there, and what my punishment would be when you found that I had snuck out at midnight just to get into a bar that was stupid enough to let teenagers in. I will never get caught or punished though, for Mama is home in a drunkard’s sleep, and even if she did find out she wouldn’t care.

Do you realize, Daddy, what you could have prevented by just staying with us? No, of course, you don’t realize it, because you’re gone, just a ghost from my memories.

He listened to you, Daddy, and I hope it hurt you to see how much you hurt your own son. Because of you he’s dead now! He thought it’d be okay to die because of you! He didn’t get to see my first soccer game, or first day of high school, or first date, and he’ll never see me walk down the aisle. But of course, neither will you.

Why did you leave us, Daddy? Why? We used to have such a good family. We used to be normal! We had Christmas dinner with Grandma and Grandpa, we’d go to the park every weekend, you, me and Brian, and we’d play baseball. Do you remember that time we went camping and had to jump into that freezing cold lake at seven in the morning just to get away from the skunk that had decided to chase us? I used to have fun, Daddy. Do you want to know what my life is like now?

I wake up in the morning, get mom out of bed, sometimes that chore isn’t even mine, but whoever last night’s ‘friend’ was. I make breakfast for us, sometimes even the ‘friend’. I never learn their names, since they never stay for more than one night. I go off to school, annoy the teachers, get kicked out of class, and then let my grades drop, just so that I can go hang out with my so-called friends and smoke behind the gym all day.

I can’t go to college, Daddy. You know that nice little trust-fun we had set up for Brian and mine’s college? After some of it was used for Brian’s funeral, and the half of it that you took when you left, well, Mama used the other half for drinking money. It’s all gone now, and my grades are too bad to get me into a college by themselves. So, after a lot of thinking and growing tired of this stupid place, I’ve decided to just run away and start new somewhere else.

What? You’re thinking about how I’m going to leave Mama all alone? Well, you don’t get to talk, Daddy. You left her, and now she’s a mess. You left me, and now… Well now… Now, I’m the kid people stare at and talk about how her mother’s a drunk and how her dad left when she was only nine.

I was still your innocent little girl up until a few years ago. It all turned bad though, when I was fourteen and Mama brought home one of her ‘friends’. He thought I was cute, and he tried to do things to me. Mama yelled at him though, and he ended up leaving before anything could happen. She didn’t yell at him for trying to touch her daughter though, no, she yelled at him for cheating on her. She never lets me forget about that night either, always reminding and blaming me for ruining that relationship.

After that, I knew I had to learn to stand up for myself, and so I did. I didn’t let any more of Mama’s ‘friends’ push me around, and at school, if a kid was talking about me, I’d do just about anything to get them to shut up.

If your asking yourself if I like my life now, if I’m happy with a drunk mother, a dead brother, and a father that disappeared, than no, no I am not happy. I don’t know exactly why I’m writing this, but one day if you ever come around asking me for forgiveness, I’m going to give this to you and tell you to get the hell off of my property. I turn eighteen in two days and that’s when I’m leaving. Maybe I’m just following in your footsteps, but I don’t care. You had a choice to stay, but I… I don’t have a choice.

I could stay and finish school, get hit on by idiotic guys in all the stupid bars that let me in, get a job as a waitress somewhere, and wait for the day in however many years when I meet the jerk who’s just nice enough to win my heart. I could do all of that. Yes, or I can go someplace new, be someone new, and meet people who won’t judge me because of my past. I could meet a nice boy who will love me no matter what I’ve gone through and will one day blame you for the horrible childhood I had.

To Infinity and Beyond, 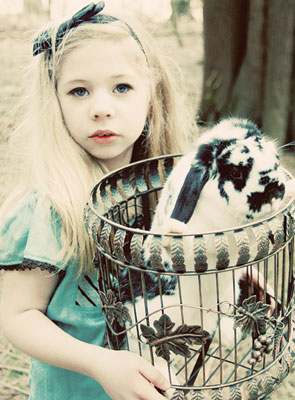 View profile
That was so sad, yet powerful. I wonder what it would be like if you added something at the end to show that the dad has finally come around and is reading this right now...
Hazel-daisy GOLD said...
on Aug. 27 2011 at 4:45 pm
Hazel-daisy GOLD, --, Other
19 articles 0 photos 324 comments

View profile
I like this! it's almost like my article 'Dear Dad' i think its really powerful and a t the end you really feel for the writer of the letter. It's quite sad but i think it's realistic, which i like! :)