Nothing More Than a Metaphor | Teen Ink

Nothing More Than a Metaphor

Favorite Quote:
"Being in the dark means you are one step closer to seeing the light"

As the cold winter winds wrapped themselves around me, I cried for the end.
“No more coldness!” I begged to no one in particular.
It was in that desperate moment I realized how crazy I must have seemed; a lone girl standing in the middle of a blizzard screaming at the wind. A stranger may have thought me to be crazy or lost – or crazy and lost – and perhaps this stranger may have even offered me a ride home. But there was no stranger on this lonely street and as I begged for the coldness to stop I realized that it wasn’t the coldness of the winds or snow that I was calling to.
It was my heart. The coldness in my heart that had been taking over my life for the past year, rendering me incapable of love or compassion towards anyone, even myself. The doctors would have called it ‘depression’, my grandmother would have called it ‘being a teenager’, and my mother would have called it ‘being a drama queen’. But what none of them understood was that labels such as these were the exact reason that I was standing on this lonely street during a blizzard.
And that is when I noticed a second irony – my life was this lonely road. I looked back, the road seeming to go on for miles - sort of the way I felt about life. Why couldn’t the pain just end already? I didn’t need these stupid reminders about how pathetic my life was. Yet, I stood there, staring at the pavement and thinking about how lonely I had felt since as long ago as I could remember. No one else would have seen this connection as clearly as I did; cars rarely drove on this road for any length of time and people rarely stayed a part of my life for any significant length of time.
I laughed to myself, “God, if you can hear me, you have a great sense of humor.”
But then I shook with sobs, feeling sorry for the cracked pavement before me – the neglected pavement – my life. Had the suffering really come to this? Had the taunting and name calling and physical abuse I put up with every day really cause this? Or was it my inability to cope with it all? Maybe God just didn’t make me strong enough…I was always meant to die on this street…to let my blood freeze in my veins. And when the cops found me in the morning, they would say ‘look at this poor girl, such a shame she died alone out here’. And they would never realize that that would be the most attention I was ever given and that I died the same way that I lived; alone. And that was why I chose this street…no one would be around to disturb my final moments.
I sat on the cold pavement, closing my eyes to the white snow, and let dry sobs shake my body. Within an hour I could hardly breathe and I was slipping in and out of consciousness. I was burning up; hypothermia had finally set it. I know that right now you are thinking why didn’t I just hang myself or blow my brains out? And the answer is simple; I wanted to actually FEEL something as I died – to maybe gain a little bit of regret or to feel a bit of happiness in those final moments before my heart stopped.
But as I began to slip away, I noticed an odd light coming down the lonely street, then two. A car, perhaps? But that couldn’t be right…no one ever came down this street just as no one came into my life.
But, within an instant, I saw a man getting out of the car, speaking to me. I couldn’t understand what he was saying, but just as I was trying to tell him to go away, I realized that it was too late. I was almost dead – there was nothing he could do. And as I closed my eyes, I was finally happy that my suffering would come to an end.

I woke up in a hospital bed; the smell of sickness everywhere around me. I was dazed and confused. Confused and alone. Alone and unhappy. Unhappy and…and…and what was this feeling coming over me?
In my mind I saw the car, the man rushing towards me, and the snow on the pavement. Had I imagined all that? No one ever went down that road…but someone did. I took in a shaky breath and thought, ‘if someone actually went down that lonely street, then who is to say that someone won’t enter my life? Who is to say that no one will ever care for me?’
A smile spread across my face and I silently thanked the man for saving me. Now, I was proud that the lonely street was a metaphor for my life. Because, although it rarely gets travelled on, the few that eventually do travel it, are always worth the wait. 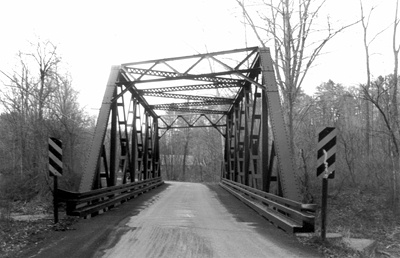 The author's comments:
This piece was something that I felt I had to tell. I wanted to show some of the things that go on in the minds of suicidal people and I felt that te ending was inspiring.
Post a comment
Submit your own

Favorite Quote:
"the only thing we have to fear is fear itself"

View profile
Wow! you could really hear the voice of the author speak through this piece. It was very insightful and well written, as a very true metaphor for life! Keep writing, because this was awesome! Check out some of my work? Thanks =)
heaven_sent_666 BRONZE said...
on Jan. 11 2011 at 10:24 am
heaven_sent_666 BRONZE, Youngstown, Ohio
1 article 0 photos 6 comments

Favorite Quote:
"Being in the dark means you are one step closer to seeing the light"

View profile
Thank you!! I love dot-dot-dots and i realize that I have to stop using those. Thanks for the advice!
Elizabeth_Day SILVER said...
on Jan. 11 2011 at 12:15 am
Elizabeth_Day SILVER, Battle Ground, Washington
9 articles 0 photos 34 comments
View profile
I really liked it!  It was very poetic and really kept me in the character's head.  The only thing I'd caution you about is your use of dot-dot-dots.  They're great ways to add emphasize to the voice of a character, but too much can be distracting.  I recomend hyphens.  Overall, great work!!