The Art of Remembering | Teen Ink

The Art of Remembering

One day I decided I wanted to be remembered.

But it wasn’t enough. So I made several copies and gave them to my family and friends.

My mum cried. And then she took a quick photo of the moment.

She never lets that camera leave her hand, in case she ‘misses a memory.’

I always wonder if it will help.

But it still wasn’t enough. So I decided to apply to a teen Arts programme.

And they accepted me, claiming that my writing was ‘new’ and my paintings were ‘fresh.’

And for a while that was enough. I figured out ways to share my feelings in short haikus and long sonnets.

But I knew that if I died no one would remember the teenager who wrote haikus and sonnets in her Arts class, because that could be anyone.

I asked my mum what she thought remembering was.

And she said, “A picture is worth a thousand words and I have more than a thousand pictures to look at and remember.”

I pondered on this and came to the conclusion that it was a good way to remember the little memories that come and go and are forgotten.

I didn’t think, though, that people would care about the girl who went to the beach with her family in the summer and took some pictures, because that could be anyone.

So I then asked my dad what he thought remembering was.

And he replied, “It’s the stories we tell each other, the voices of those sharing what has already past. People are memories in themselves, if you think about it.”

I dissected the words because he seemed to be speaking in tongue twisters. I presumed he meant that sharing memories by word of mouth is the best way to remember things.

Yet why would people remember the story about that girl that they’d heard about from their friend’s friend? They would quickly forget that girl.

Still not satisfied, I asked my brother what he thought about remembering.

He gave me a look that read both ‘you are crazy’ and ‘does it look like I care?’ So I moved on. Although I can pretty much guess what he’d say.

Something along the lines of, “Who cares about remembering? Just enjoy the moment you’re living right now.”

And maybe he’s right, but I just don’t want to leave without making sure a few people know whom I was.

I don’t understand why we can’t all be Shakespeare or Einstein. I guess they wouldn’t be as special anymore if everyone was a genius.

So then I turned to my granddad and asked him what he thought remembering was.

He smiled, years of memories hidden in his eyes, “I like to leave a memory imprinted in the furniture I make, so others can muse over it. That way people will be a little bit curious about me and my life.”

After he said that, I lifted up the coffee table he’d carved in his workshop and read what he’d written. It was short but true.

‘The dust settled in her hair and in that moment I knew I was in love.’

My granddad possibly has the best way of remembering and being remembered. But I can’t carve wood and I don’t have an abundance of memories.

I’ve never fallen in love. Nor have I fallen out of love.

My last resort was my cousin John, so I asked him what he thought remembering was. I didn’t expect a good answer.

He thought for a second and then answered, “I don’t think you need to remember everything and I don’t think everyone needs to be remembered by everyone.”

His answer was very similar to what I expected my brother would say. Boys, I thought with a sigh, but then he continued.

“It’s like when I was driving with my buddies on the track the other day. We were driving around the racetrack at top speed and for a few seconds I swear we were flying. Time was infinite. We were no longer measuring life in memories. It didn’t matter what we needed to remember or the memories we needed to create, because in that moment we were forever and nothing could stop us from chasing our paths.”

His words, I realized, were the most true. I knew in that moment that it didn’t matter if the whole world remembered who I was unless the memories I’d lived were ones worth remembering.

So when Death was fast approaching, I wasn’t afraid of being forgotten because it didn’t matter. Even if I didn’t live forever, for moments of my life I was infinite.


My mum saved her pictures and I wonder if they will help her recover after I’m gone. I think they will.

And my dad continued telling his stories by word of mouth and it will probably surprise you how fast words travel. Maybe he’ll tell my story.

My brother threw his cares to the wind and did everything with reckless abandon. Maybe one day he’ll regret not saving memories, but for now his life is immeasurable.

My granddad outlived his granddaughter and carved some of her life into wood. Perhaps someone is reading it now and pondering over the girl whose life is written in wood.

And my cousin never stopped chasing his path and the seconds where he knew that he was flying above us all. Sometimes I fly with him.

I think that’s what they meant when they created the word forever. It was invented not to express never-ending life, but to help one describe those brief times when no one can stop them.

Because they are flying.

Because they truly are infinite. 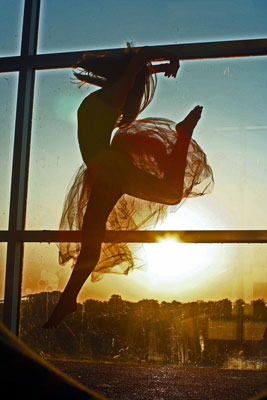 The author's comments:
This piece was inspired by a feeling I know many of us feel; the feeling of being forgotten.
Post a comment
Submit your own

View profile
Thank you very much! I really appreciate it!
Oli Tate said...
on Aug. 3 2013 at 2:23 pm
I simply adore this. There is something unique yet relatable to this story. Awesome job!