Tyquan suddenly realized that he was not breathing. He forced a breath of air into his lungs and gingerly took a step forward. He walked to the front desk of the brightly-lit library and waited for the librarian to notice him. When she did, she glanced over him as if he were as important as a fleck of dust on the windows. He again waited patiently for her to notice him and speak to him. She waited on other patrons and finally seeing that he was not going to disappear. She finally turned her attention to him.


"Yes, young man, how may I help you?" she asked condescendingly.


"I would like to get a library card," he answered.


"Really, and what would you do with it?" she responded cynically.


“What do you usually use a library card for?" he retorted.


"Well, then", she harrumphed, "fill out this form and then I will issue you a card."


He beamed a smile at her and took the form before she changed her mind. Then he turned to look around for a seat so he could fill out the sheet. He found a seat by an open window and began to fill out the form. As he filled it out he began to daydream about the books he would check out, about what he would read and learn, where he would go and what he would see. When he finished filling out the sheet he proudly walked back to the desk and placed the paper in front of the librarian.


"Here, you are ma'am," he said.
"Ok, you can look around and select a few books, while I process this information into our computer and get your card. I should be finished in about ten minutes."
'Ten minutes to save my life’, he thought. Then he dove in.

Ten minutes later, he had fifteen books, each one different from the next, all thick chapter books. He positioned them upon the desk so that they would not teeter and topple over. The librarian looked at the books, at him, and then back at the books over her spectacles.

"Are you sure that you want all those?" she asked


"No, but are you sure you can read all of those in three weeks?” she asked.


"Yes, ma'am, I can handle it," he answered, nodding knowingly to himself.


"Well, then, here is your card and just let me scan these really quick and then you

can be on your way."

"Thank you, ma'am."
"Have a nice day", she responded in an obviously false cheerful voice.
"You too, ma'am. I know I will."

He put his books into his book bag and then went back into his world of violence and pain. This time he did not skulk out, he walked out with his head up because he finally had his escape.

Tyquan stepped through the doors of the library back into the real world. Instantly, he surrounded by the rapid movement of the city. The pulse and beat of moving feet and bustling traffic moved through him. He walked down the steps with trepidation in his heart, knowing that it was a long way until he would safely reach his home. He started walking down the street, towards the subway. On the way, he passed a homeless man.

“Son, do you have any spare change, so I can get something to eat, please,” pleaded the man.

Tyquan kept walking as if he had not heard the man; he knew the common fact that if you give homeless person money they will keep following you until you give them more. Tyquan kept walking until he reached the subway station and then descended into the life beneath the city. He waited for his train and then quickly got on a near empty car. He sat down, swinging his bag around so that it sat beside him. He made sure his back was to the wall so he could make sure he was not snuck up on and ambushed while he rode. He put on his headphones and listened to music, nodding his head along to the beat. Finally, the train reached his stop and he slowly climbed to his feet and grabbed his bag.

When he stepped off the train he scoped out his surroundings to make sure no one was lurking around and then ascended into the upper world. Tyquan walked kept walking until he was a block away from his apartment. He went into the Chinese food restaurant that sat on the corner. He sat a table by himself while he waited for his order, discreetly checking out the décor and Oriental feeling. When his order was ready he gingerly got back up and started out the door, the little bell on the door tinkled as he walked out. It reminded him of when his life used to be easy and innocent.

He continued on his way, guiding himself with the streetlamps because by now it was dark outside and a light drizzle was falling. He put up his hood when he felt the rain begin to trickle down the back of his neck. When he passed an apartment with a few dark silhouettes in front of it, he quickened his pace. He glanced back over his shoulder and realized they were following him. He covertly quickened his pace again. Finally, he reached his apartment and dashed up the stairs until he got to his room on the second floor. He hastily shoved the key into the lock when he heard footsteps ringing on the stairs behind him. He forced the door open when it stuck and dashed into the interior of his home. Then he frantically slammed the door behind him and dashed into the kitchen. He heard a gunshot, hysterical laughter, footsteps, and then calm. He slumped against the counter and exhaled a sigh of relief and disgust. 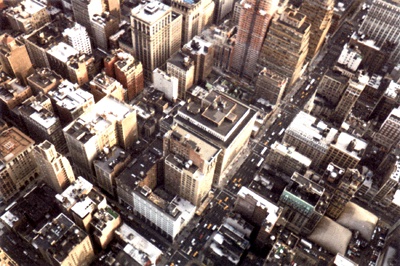 View profile
This piece is very good :) I like how it changes from being lighthearted to quite dark as it progresses, and I felt really sympathetic to the main character. I also like the fact that you kept a bit of mystery, for example you didn't talk about how his life got this way, or what exactly is wrong. Some people would probably want more detail with this, but personally I like to leave some of it down to imagination, which is what you did! Well done :)