Her Everything | Teen Ink

This is way too much to even think about, Aaliyah thought. She was sitting in her boyfriend’s, Jarell’s, black-on-black Mercedes-Benz with her legs crossed at the ankles and her curly black hair lying perfectly on her head. Aaliyah cracked her knuckles, a habit she had recently started when she was nervous, and avoided looking at Jarell. So much was going through her head right now. Lately Aaliyah found it hard to talk to anyone and now Jarell was saying I love you. This was all too much for Aaliyah to handle.

“Leah, are you alright? Say something,” Jarell pleaded in a husky voice. There was so much that Aaliyah wished she could say but when she tried to form the words, the words couldn’t seem to escape her lips. A single tear ran down her cheek but she made no effort to try and hide it.

Right now all she wanted was to go back to bed and stay there. She just wanted to curl up and forget everything that was going on right now. The past few months were awful and terrifying but something was holding her back. She couldn’t talk to Jarell, or her best friend Alyssa. Aaliyah felt so ashamed about what had happened that she couldn’t speak.

“Ugh… Jarell, I have to go. My step dad wants me home by 5,” Aaliyah said opening to the door to that car, never once looking at Jarell. She ran away back to a place were there was no guarantee about anything. She ran from the arms that she knew could save and love her. Why did she run? She ran because she loved Jarell and hated herself.

Some things in life are hard, others are easy but one thing is for sure – loving someone is hard and letting them go was even harder. All Aaliyah could think about was Jarell.

For the next few weeks Aaliyah went straight to school and then home. She talked to no one. When Alyssa asked her what was wrong she smiled and said she had a cold. When Jarell tried to talk to her she said the same thing. Her home life was getting worse. The more people called to ask what was wrong the more her step dad beat her. There was no mercy. There was no stopping him.

Every day she wished there was a way out. Every day she hoped that Jarell would understand why she wasn’t talking to him. Every day she tried to think of a way to escape. And then one day it hit her.

She wrote the note. She hid it in Jarell’s gym locker. Now all she could do was sit back and hope that Jarell loved her enough to save her.

Basketball for Jarell was like therapy. He was able to forget about his problems and play the game. For the first time that week he went a minute without thinking about Leah. But that all changed when he got to his gym locker. A folded up note fell out on to his feet. Confusion washed over him. He picked it up and read it.


And that was that. It was Leah. And she loved him. And she needed him to come and save her. His love for her took over and it drove him. He slammed his locker and ran to his car. The boys on the basketball team all watched him run off like a crazy person. He was crazy – crazy in love.

Jarell drove way above the speed limit the entire way to Aaliyah’s house. All the lights were off. He ran to the door only to find it slightly ajar. He slowly opened the door. Everything, the puppy Jarell had gotten for Aaliyah was sitting on the leather sofa. She had named the puppy Everything, a.k.a. Lil Jay, because Jarell’s love was her everything. The black pit bull puppy looked up and slowly laid its head back down. Jarell walked to Aaliyah’s room. He heard nothing and that scared him.

He opened the door ever so quietly and peered in. Aaliyah was curl in a ball on her bed. Her perfect hair was far from perfect. Her beautiful brown skin was black and blue from bruises. Tears were running down her cheeks. She didn’t seem to hear him. Jarell open the door more and covered the distance between them in two strides. He slowly wrapped his arms around her. She tried to push him away until she looked in to his face.

“Of course I came. Leah what happened? Talk to me,” Jarell pleaded. Aaliyah was shacking. Everything came in to the room watching what was going on. Jarell closed his eyes hoping that the bruises would disappear, but when he opened his eyes they were still there. He slowly touched one and Aaliyah flinched.

“I’m sorry,” he said pulling his hand away.

“Stay with me. Don’t let him in. Please… Jarell, I love you,” Aaliyah said.

“He did. He told me not to tell. He beats me. And she watched. She lets him hurt me. Why doesn’t she stop him,” Aaliyah asked Jarell. But he didn’t have an answer.

Jarell didn’t know what to do. He pulled out his cell phone right as it started ringing. It was Dominic, one of the boys on the basketball team. Jarell explained what had happened when he reached Aaliyah’s house. Dominic was more then eager to come and help. He had always protected Leah like his own blood.

“Baby… Dom is going to take you to the hospital. I need you to tell me who did this to you,” Jarell said in his best kindergarten teacher voice.

“Brett. And she watched.”

“Your step dad?! Who watched? Your mom,” Jarell asked. Leah started crying again and she grabbed her puppy and held on to her tightly. He was ashamed in himself for not noticing what was right in front of his eyes.

He waited for Dom to get to the house and when he did Leah cried out that she didn’t want him to leave her. But he had to. He kissed her one last time and helped Dominic get her into the car. Jarell stood there and watched the car go toward the hospital. He didn’t know exactly what he was going to do but he knew that someone was going to be held responsible for the black and blue marks on her flawless skin.

A lot happened that night. People were hugged and some were locked away. Others ran from all that they knew and some ran to arms that they knew would hold them. Her step dad was being charged with 1st degree rape and would stay behind bars for a long time. Aaliyah’s mother took off before the police could charge her with accomplish of rape.

All that Jarell cared about was that Leah was safe and in his arms, along with Everything in his lap. Leah’s bruises were fading and her sanity was coming back thanks to her therapist.

“Thank you,” Leah said again, for the millionth time.

“Leah… It was no big deal. I just wish you would have told me before and we could have stopped that creep before he hurt you so bad. I just wish that you never had to go through that,” Jarell said. He stroked Aaliyah’s hair and kissed her forehead.

“Jay, I’m sorry I never told you or Alyssa. I was scared you weren’t going to love me anymore. I was ashamed in myself that I let him do that to me. I’ve always been independent and I didn’t want to have to make you do everything for me. And then you said that you loved me and I knew I had to tell you.”

“I’m just happy you told me. Leah, I will always love you. I would do anything for you. Never doubt that. You shouldn’t have felt like you couldn’t have come to me. Remember love never leaves – people do. But thankfully I’m not leaving anytime soon,” Jarell said. He sat there with Leah in his arms for in moment. “If you live to be a hundred, I want to live to be a hundred minus a day so I don't have to live a day without you,” Jarell said and kissed her forehead once again.

“Was that Winnie the Pooh,” Aaliyah asked as a giggle slipped through her lips.

“Yes. But never the less it says what I feel,” Jarell said and they both laughed. And the past became the past and the future held more mysteries that were unsolved. 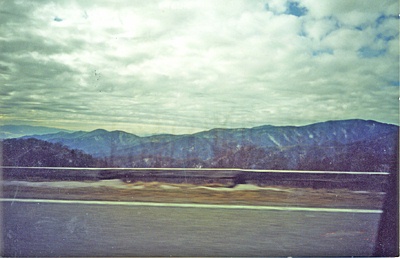 The author's comments:
I write a lot of stories but this is one of my favorites. You see Aaliyah going through something that happens to a lot of people in this world. I feel like in this piece it is the pure and raw truth that a lot of people don't see. I hope you like it as much as I liked writing it!
Post a comment
Submit your own