Sitting on this bridge, I realize how beautiful the world is. The sky is stretched over the horizon like a canvas. Colors are currently spilling over, flowing with reds and oranges, and dark blues. Yes, I am watching the sunrise. Even bums like me watch the sunrise. My clothing choice for the day is the same as yesterday, and all the day before it. All my belongings are in my black garbage bag. I wear my black and white stocking cap, my faded red jacket, and my old, thin blue jeans with a plaid red patch in the knee. My hair blows in the gentle breeze, flowing over my back. My body is cold on the outside, but my heart is warm. I feel free.

Today started like any other day in San Francisco. I woke up in the shelter I sleep in every night. My eyes almost frozen shut, from the bitter cold. It takes a few seconds for me to realize were I am. In the cot on my left, a mother clenches her son, in her arms, smiling that she woke up in a safe place. On my right, the man sleeping next to me, wasn't there. He didn't make it through last night. This has been my life for the last two years, ever since I lost my house.

After breakfast, I pack my things, so I can go and beg another day. My daily route usually takes me six hours to walk. On average, I collect thirty dollars a day. I started a savings account. So far, in two months, I've saved $21.37 total. Everything else goes to food and helping Laila in the children's shelter. I'm tired after this long journey. I hope it pays off. Every time I see Laila,(which is everyday),it makes me work harder.

Laila is my daughter, she was two-years old last Tuesday. I went to the children's shelter, and we celebrated with donated yellow cake. The frosting was thin, but it was better than nothing. I thought about taking Laila with me, to the shelter, and having her with me. Laila didn't deserve that, being dragged around in a kanga, (women use them to tie babies to their backs, protect their clothing while cooking, as a picnic blanket in Africa). I had Laila when I was sixteen and I am now almost eighteen. Two years ago, I met a man from Iran, escaping religious persecution. His name was Ahmed Ali, he was seventeen, and came from a wealthy Iranian family. We fell in love, and I ended up pregnant with Laila. My parents signed the proper legal papers for us to be married. Ahmed and I were deeply involved with each other's lives.

Ahmed unfortunately, had parents who believed in Islam, and he had cut all ties, after his father threatened him with a machete to convert back to Islam. Ahmed's father was also involved very deeply with al Queda. He had personally talked to Osama Bin Laden himself. He cried when he saw the September 11 attacks, Ahmed told me. I was sorry for Ahmed, and we didn't talk about them. My parents were his parents, he told me.

Ahmed's father authorized a hit man to kill Ahmed. I was out walking the dog, and thinking about what I was going to pig out on for dinner. "Maybe lasagna", was the current topic of debate.That's when I had money to make lasagna. The hit man hid in Ahmed's car, and the car spun out of control in the struggle on the way home. On "coincidence", as you would call it, the car crashed into the garage, and hit a propane tank. At least he died without pain. Well that was then and this is now.

I unfortunately didn't have hit man-causing-your-husband-to-run-into-a-propane-tank-in-your-garage insurance at the moment, and I was left homeless, and without a husband. I was emotionally unstable, and insurance wouldn't pay, since it was "preventable". I guess Ahmed should have told the world about his parents, and have hired a body guard. Completely "preventable". I was already six months along, so I decided to keep the baby. After that, everything was a blur. Now I'm here.

Today I was walking, and a nun was handing out food to us. I looked at her, and almost cried. She reached over to me across the crowd, and handed me a can of canned peaches. I have always loved peaches all of my life. When I was growing up, my parents had a peach tree. My father seemed to exert all of his extra energy to that tree.

I tearfully said thank you, and started to cry. Most of the time, all I get is money. This lady had to buy the cans of food, and hand them out. I was at one time Catholic, and thought nuns were put on this earth only to beat the day lights out of school kids. This lady deserved nun of the year.

The economy is so bad. Its hard for us, "worthless" bums, to save back money. My daughter and I will someday be able to rent an apartment. I met a guy on the subway last month. His name is Keiji, and he has been encouraging me to get out of poverty. I don't know how. Maybe there's a future with Keiji. I wish my parents left money behind to help me.

Keiji would probably be a good opportunity, although I don't want to view him as an asset, but as a husband. May Ahmed rest in peace. I'll get by alright, I have our daughter to help me. Maybe one day I could forgive Ahmed's father. That would be the day. My this sunset is beautiful. 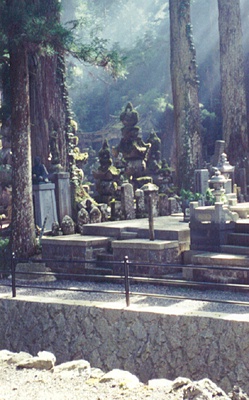