"Come on girls." Matt called over to his sister Ashley and I. "Oh, we are coming. Just hang on a minute." Ashley said. "I've got band practice. Hurry up!" Matt yelled. I smiled at him and he smiled back. "Okay. I'm done we can go now. Happy?" Ashley asked sarcastically. "Yeah." Matt answered still smiling at me.
Ashley and I crawled in the back of Matt's Mustang as we rode to where Matt was practicing Ashley chattered on and on.
We spent and hour listening to "Burn" play. They sounded great. From time to time Matt would smile at me and I would smile back.
I spent the night with Ashley that night. I went to get a bottle of water and Matt was there, leaning against the refridgerator. "Oh, Leah do you need something?" He asked me. "Just a bottle of water." I said kinda shy. He reached in and pulled out a bottle of water and handed it to me. "Thanks." I said then took a sip and turned away. "Oh, Leah?" "Yeah Matt?" I turned to face him. "I was wondering if...mabey you'd like to go..out ..on a..date with me?" He finally asked. I smiled "Sure"

The bridal march began to play and I walked down the aisle on my fathers arm. Matt was waiting on me. We said the traditional vowels and our "I do's." Then we were pronouced husband and wife.
Matt continued with his band and I wrote songs and even sang lead on a few of them. Three months after Matt and I were married. "Burn" got a record deal. Matt and the lead guitarist,Carter had to take a trip to Nashville, Tennesse. Four days after they left I was over at Ashley's house. My phone rang and I answered it. "Hello?" I asked still laughing from what Ashley had said. I listened intently after that moment. I hung up and tears rolled down my face. "What's wrong?" Ashley asked. "That was Carter. Matt had an acident. An eighteen-wheeler hit him head on." I chocked out before tears took me. Ashley cried with me.
The funeral was two days after. two weeks after his death, I was going through some of his things and found a letter addressed to me. I opened it up.

Dear Leah,
If your reding this then I must be gone. I'm sorry I couldn't stay longer. I want you to know that I will always love you; you'll always be my princess. Next, I want you to try to keep Burn together. Please. I love you!

After the tears were gone I called Carte for a band meeting.
"What do you want Leah? We already gave up the record deal." Carter said. "I don't care if you take the deal or not Carter but I found a letter from Matt addressed to me and he said he wanted me to keep the band together. I'm having an "in memomory of..." service for Matt in a week and I wanted you guys to play this song I wrote and I'll sing to it." I waited while they thought. "I think we should, guys at least one last time. Thats what Matt would have wanted." Jay said. They all agreed. "Well how does the song go?" Carter asked. I smiled. "I met you when I was young. You were the air around me, the breathe in me. Man, I miss you. Boy why'd you have to go? I don't understand. I still need you, here with me. Oooo.
"Yet I know that you will always love me and I will always be Matt's Princess! I'm gona try to move on. I'm gonna try to love again but, baby I'm not sure if I can do it. Baby why'd you leave me? Yet I know that you will always love me and I will always be Matt's Princess.
"Oooo Matt's Princess!! Yeah!!"
I sang this at the service as a slideshow of Matt and I played behind me. The slideshow ended with a picture of me in Matt's arms and laughing.
I don't know if I'll ever love again but,for now I'll always be Mayy' Princess. 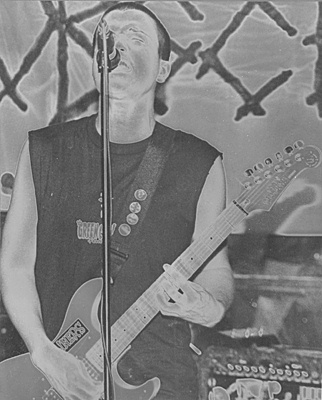 Favorite Quote:
-you have many to learn but nothing to lose.
-the hardest thing to do is watch the one you love, love someone else...
-good girls are bad girls that dont get caught.

View profile
this is a really good piece.

A few spelling mistakes, but otherwise it is amazing!

View profile
thank you very much. and yeah i hope so too it is sad but something similar happened to my friend and i ended up writing the story about it.
daddysgurl said...
on Feb. 26 2010 at 9:40 pm
omg this is sooo sad and beautiful... i would never be able to handel anything like that..and i hope no1 ever has to
AnnaNana PLATINUM said...
on Jan. 12 2010 at 1:12 pm
AnnaNana PLATINUM, Corinth, Mississippi
20 articles 0 photos 52 comments

View profile
please comment on this article!!! i would love to hear it!