The storie of Maya | Teen Ink

The storie of Maya

Maya and her mother lived together no father there for support. In Seattle, Washington with the thick, gray rainy clouds over head. The view of the space needle form our back yard was amazing. Maya had almond brown skin and big brown eyes just like her mother. When Maya was only ten she found her mother on the kitchen floor. It was like a dagger thought Maya’s heart finding her mother like that. When she called 9-1-1 they told her mom died of natural causes (she was only 35). After she was told the news she started bleeding from parts of her body. Getting massive cuts on her arms and legs showed up like magic. She tried using bandages, but it bleed though that.

A Week later….
Her Aunt pulled her out of school early so she can go to her mother’s funeral. She wore white while everyone wore black. In her hand she had one red and one white rose tied by a black satin ribbon. She laid it on her mother’s coffin and walked away crying having to see her mother leave her.

Years later…….
When school was over after living with her Aunt she went to summer camp in Richmond, VA. She was a girl with many talents and many friends. There was not one person she did not know.¬¬ that where she bumped in to Jacob. He had copper brown skin, (sorry twilight) and long black hair he likes to paint just like her, but she could do much more. Jacob help she learned that her mother made a deal. Her mother has made a deal was to be immortal. Her mother had to die so she can be born again and live forever.

Years later… (Stop it with the time travel)
Ten years later Maya grow and marred Jacob. For getting all about her mother death now. Her new born baby girl Diane reminded her of her dead mother.
How her soft brown hair laid flat on her head, the identical birth mark that she had on the palm of her hand that tiny brown spot, and those big, brown amazing eyes just like she had.
She realized that same baby she was holding in her arms at one point in time once held her in her arms.
She was crying even more with her tears streaming down her face. Knowing her mother was back in her life at last. Even if she came back as her own child. 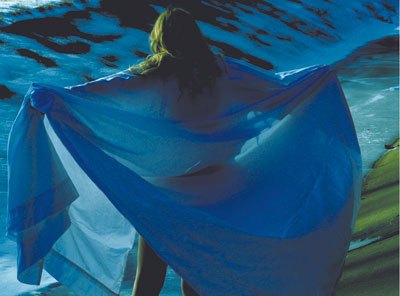 The author's comments:
I came up with plot when I was freshmen yr. so it sucks.
Post a comment
Submit your own

it's ok i warned you guys that it sucked. i did it for kicks back then. i would sit and eat lunch alone.

+ i dont think im the writer type you know. it sound good in my head and it weakens when it get to my fingertips.

View profile
No problem, I know it sucks to have someone say negative things about your work, and I don't mean to discourage you.  I think that this plot has potential, but I think that the story just needs some more substance.  Keep up the hard work, and it'll pay off.  :)  I don't doubt that you will become a beautiful writer.
trblue GOLD said...
on May. 19 2010 at 10:27 am
trblue GOLD, Richmond, Virginia
14 articles 7 photos 141 comments

thank you for being up front with me on what you said. im still learnig on how to become a good writer. note i did not say great, but is that what editors are for.

p.s i really cant spell i know it's a shame and im working on that.

View profile
I have to disagree with you.  i think that this was a very interesting idea for a plot, however I have to say in constructive criticism thst I don't think you put the pieces together very well.  The grammar was poor, and the story lacked detail.  Great start, though.
wordweaver96 PLATINUM said...
on Feb. 15 2010 at 4:37 pm
wordweaver96 PLATINUM, Winchester, Kentucky
37 articles 2 photos 254 comments

Favorite Quote:
" It is not our abilities but our choices that show who we truly are. "
Albus Dumbledore


See, we really DON'T have anything to fear but fear itself!