Mistakes to the Truth | Teen Ink

Mistakes to the Truth

“It's not important."
Because cheating on her with some sl** wasn't important. Because getting hitched in Vegas while she was away wasn't important. On the contraire, it was more important than anything in her relationship with Todd. It proved to her that Ezra's words were true: "Jane, he's a lying, drunken b******." But Jane had pushed Ezra away, saying Todd was better than that. Ezra was right, of course. And as Jane was driving away from the teary breakup of her and Todd, that's what she was thinking. Without knowing exactly what she was doing, Jane pulled out her Blackberry and pressed 3, the speed dial for Ezra that she forgot to change once they stopped speaking.
"Hey, Ezra, it's me Jane. Um...I just really need someone to talk to and I'm in your neighborhood, so...call me back. Bye."
Hanging up, Jane pulled into the parking lot of Fish Hooks, a local diner that she and Ezra used to hang out at. Sitting down at the counter, her heart skipped a beat as none other than Ezra himself walked through the door. In an instant they saw each other, eyes locking. Everything that happened in the past four months was eradicated as Jane fell into his arms.
“Oh, Ez, you were right all along. I’m so sorry I didn’t believe you. Todd got married behind my back to another woman, and I just didn’t know who else to turn to,” Jane said through tears. Ezra smiled sympathetically.
“Jane, I forgave you a long time ago. You needed to figure this out on your own. Sometimes, we need to make mistakes before we can see the truth,” Ezra replied, releasing her from his hold. Jane sniffled and nodded. “C’mon, let’s get you some coffee.”
******
Later, as Jane followed Ezra home, she marveled at the forgiveness and wisdom she received from him. She had missed him more than she realized. His easy smile that crinkled his eyes warmed her heart, as did his chestnut hair that hid his forehead, his ivory skin, and the dark brown spheres that were his eyes. He showed love and compassion always, she decided. Jane felt a heat rush to her pale cheeks. She ran a hand through her blond pixy hair to calm the sudden rush of emotion that penetrated her core. Ezra was her friend. No, he was more than that. He was her safe harbor, her listener, her hero. She truly cared about him and his feelings. There was something else there, though. Something new and exotic. A schoolgirl crush? No, not that. Lust? No too passive. Could it be…love? Of course she loved him; he was like a brother to her. But more than that? Romantic love? Preposterous, Jane dismissed it. Still, it nagged the back of her mind. As she pulled into his driveway, the smile he gave her was proof that it was love.

She greeted him with what she hoped was an equally dazzling smile. They walked inside silently. As she put her bags down, Jane turned to face Ezra.

“Listen, I want to thank you for all of this. You didn’t have to do it, but I really appreciate it.”

“Anytime, Jane. I’ll always be here.” And as she fell into his arms, she knew Ezra’s words were true. 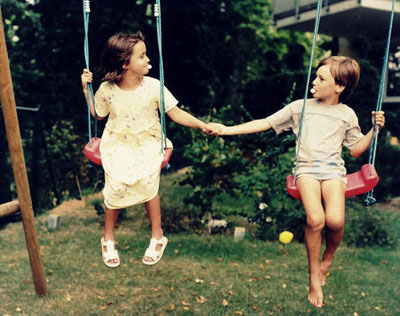 The author's comments:
I wrote this in about two days. Enjoy.
Post a comment
Submit your own

Favorite Quote:
Worry is simply a misuse of the imagination.

Favorite Quote:
Do not pity the dead, Harry. Pity the living, and above all, pity those who live without love -Albus Dumbledore

View profile
the writing sounds a little elevated, and I wish I could feel the character more. What does she see, hear, smell, touch, etc? Let us know the character on a personal level. Otherwise, it was really good. Keep going with it!
KonyaB!!! GOLD said...
on Sep. 7 2010 at 4:03 pm
KonyaB!!! GOLD, Edison, New Jersey
14 articles 0 photos 99 comments
View profile
I really liked it...it was very cute and had a lot voice and good flow...keep on writing!!!! :D