I shut off the ignition and drank in a gulp of frosty air. I honestly, didn’t know what I was doing here. I ducked and looked through my windshield, glittering with droplets of rain. My eyes drifted upward and landed on the third floor, room number twenty three, the tiny apartment I’ve been in so many times. A florescent light lit through the night like a saint, igniting my hope like a wildfire in a drought. What am I doing?! I pondered. I’m twenty eight years old not sixteen for god’s sake. He’s over me, I reasoned. He’s most likely got a girlfriend, I’m done with him. But… then why am I here? I out of the car and slammed the door behind me, then tightened my coat around my abdomen. For early May, It was freezing out. Usually the wind breathed humid breeze, the flowers blossoming in wake of hope for a early summer; But lately, rain tapped a endless rhythm against the window pane, keeping me awake for hours on end. Kept me repeating, playing over and over all the mistakes I made ; the phone calls I didn’t answer, the Innumerable amount of tears, melting into the pillow reminding me of every wonderful, beautiful thing that I was letting slip through my fingers. I pressed the button that dialed up to his room, and I imaged the call, zipping though the line and then him twisting is body listening for a moment then answering. “Hi.” He said.
I closed my eyes for a moment, letting his angelic voice race through my veins. “Hello,” I whispered, not quite on board with what I was doing just yet. “Is this James Cooper? “
“Yes it is, who this is?”
“It’s an old friend.” Gripping the phone tighter, I prayed that he would let me up. Let me see him and all that I let go of.
“Ok. Come on up.”
As the door buzzed, I sighed a breath I didn’t know I was concealing. In a matter of minutes, (which seemed like hours) I was at his door. I never noticed until now, but I realized that in all times I’ve been here, not once have I knocked on the wooden door. I had always depended on that he would be outside waiting for me, hoping that I’d stay for the night this time. I attentively knocked on his door and waited for what seemed like days, until unbolted his door and revealed himself. Oh glory, he was stunning. His hair was the color of a wheat field in an Indian summer; his eyes were deeper, more intense than they used to be. His face read the emotion of shock. There was a profound silence until I shattered it. “Hey.” I said, extending my hand. “I’m an old friend of yours.” I apparently broke the ice, because he started to laugh.
“Ah, good old Adrienne.” He shook his golden brown hair and said,” Come on inside.”

“This is good, Coop.” I chewed his famous salads that I taught him how to make when I first came to his accommodations.
“ I learned from the best.”
I blushed from this praise. He always made me feel like I was special, something different, a one in a million in a crowd of a billion faces. Maybe he was just saying this to say something, I thought, my heart sinking faster than the Titanic. Maybe he still hates me. I cleared my throat and said,” So how’s your job going?”
“Well I published a couple books this month.” He took another bite of salad.
“That’s good.” Immediately, I felt like a small child who didn’t know what to say to a number of huge words that I could not comprehend.
“So, um, how’s work for you?”
I nodded. “It’s good. Life’s good.”
We ate in a pregnant silence until my head had filtered enough of my thoughts and words. I suddenly was ornery about everything that he hadn’t done. My anger bubbled up inside of me, until I popped. “Why didn’t you try harder?” I asked so quietly he had to lean in to hear them. “Why didn’t you come after me?” I asked, louder this time. “I spent every waking moment wishing you were by my side. I couldn’t go back, you know that I can’t.” My voice escalated on every word. “You gave up! You gave up on us!”
“Me?” he finally shouted. “I gave up on us? No, Adrienne, you gave up on me!”
“You know where I live! Couldn’t you have driven over there and find that I missed you more than I could miss anything, Coop?! I loved you!”
He didn’t say a thing, just stared at me with those doe eyes. So I rambled on.” I waited for you for a year Coop. I looked out my window every day, hoping, praying, that your stupid rusty old truck would be outside.” I sighed a shaky breath then whispered,” Do you even know what I’ve been through these last two years, Coop? Can you even fathom the pain I’ve felt when we weren’t together?” I darted my eyes across his face, trying to find the path that led to the fountain of emotion but then I realized…he wasn’t feeling anything at all. “I’m sorry.” I said getting up from my chair almost upsetting the table in my haste to get out of there. “I shouldn’t have come.” I reached for my purse and coat then looked at him one more time, not meeting his eyes, “I’m sorry.” I murmured, then twisted the knob and opened the door. Before I could make it half way out the door, I was startled by a heated touch (more like a grab) on my wrist. I looked back, feeling me put on my armor, ready for the hurtful words that he would dagger directly into my heart. “I know,” he started slowly, as if not sure what to say next.” That when you make a peanut butter and jelly sandwich, you always have to put jelly on the bottom and peanut butter on the top. I know that your favorite color is blue even though you tell everyone its red. I know that every morning at exactly 4:15, you get up to make a pot of hazelnut coffee, just so you can smell it in the morning, even though you’ve never drank a single cup. I know that every time it rains, you sit in your bed and look at pictures of your childhood with a troubled expression, because you are unhappy that you never had a real youth to look back on. I know …” Coop paused for a moment then looked right into my eyes and whispered softly,” I know that you’re always the first to leave when someone starts to care because you won’t be the one left behind.” He lifted his thumb and carefully cleared the tears that I didn’t even know that had fallen. “I may not know what you’ve been through these last two years, but I know that I can’t believe that I ever let you go.” He wanted to kiss me I could tell but maybe he knew that I wanted to take this slow. “Forgive me?” he whispered, those words almost a lost in the breeze. I smiled and let him carry me back inside the apartment. Maybe tonight I’d stay for the night, mayb, just maybe, I’d stay even longer.
Everyone believes in a prince charming. Even at a young age, you’re dreaming of a sweet charming guy with a smile and a white horse that can take you riding off into the sunset. Everyone says that you should go for nothing less than a castle in the clouds. That’s what everyone wants. But me? Oh, no. I’m different than everyone else. ‘Cause I put peanut butter on the top and jelly on the bottom when I make a PB &amp; J, and I make coffee just to smell it, and my favorite color is blue even though I tell everyone it’s red. So maybe I can carry on my streak of being different and not have a prince charming this time. Maybe I kind of like having an on omniscient. 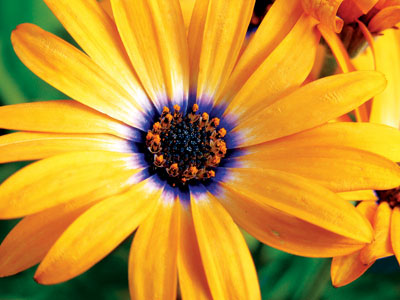 Favorite Quote:
If life were easy, where is the adventure?
If you never leap, you will never know what it is like to fly.

View profile
Your dialouge is nothing to sneeze at, it was such a realistic and passionate conversation. However, the flow at the begginning of your story seemed...akward. I don't know, just some metaphors and personifications went awry in my opinion, but it didn't make me lose interest, good job, your stories are really sweet. (also work on your grammar and spelling)
kelliejo19 GOLD said...
on Dec. 8 2010 at 8:57 am
kelliejo19 GOLD, Cannon Falls, Minnesota
19 articles 7 photos 48 comments
View profile
Thanks so much!! I really appreciate you looking at my stuff!! and the word ominiscient means " all knowing" right? so when I say omniscent coop is like her all knowing cuz he knew all that stuff about her that didn't even matter. :)
Ellawind PLATINUM said...
on Dec. 7 2010 at 6:37 pm
Ellawind PLATINUM, Seattle, Washington
40 articles 0 photos 77 comments

This is beautiful! Your way of wording the descriptions is breathtaking- very poetic and somewhat lyrical. The only one I didn't understand was the last line and your use of 'omniscient,' but I might not know the word as well as I thought.

Although the plot is a rather common one, you put a spin on it that made it more interesting to read.

My favorite, favorite, FAVORITE part is Coop telling Adrienne all of her little quicks. It's so sweet and amazing! :) Keep writing!