I Watched You Walk Away. | Teen Ink

I Watched You Walk Away.

Favorite Quote:
"We will fight, or we will fall, until the angels save us all"
Hollywood Undead

I Watched You Today, Sean.
I watched you. Maybe you didn’t see me, but I was. The entire bus ride home, I watched you, to see if you would look at me. And when you got off the bus and walked away, I watched you. The entire way to the corner, I watched you, I wanted to say your name. No, correction, I did say your name, but nobody could hear me. I wanted to scream it though, say it over and over and over again, like a chant. But, I didn’t. I wanted to see if you would turn around. Nope. I wanted to see if you would stop and wait for me. Nope. I watched you cross the street, and never once look back. As I was walking home, I turned around and watched you until you were out of sightr. Then, I still looked on, hoping that maybe you would come for me. That maybe you were trying to catch up to me. You never were. What happened to the guy who said he wouldn’t give up? the guy who said he wasn;t walking away? That’s right, that is exactly what you did. And the one time I wanted someone to hug me, to say it would be ok, you didn’t. Thanks for always being there. I thought you said I could trust you? So how come when I finally told you about the voices I hear, the memories that aren’t real, the posters that talk and move, how come when I told you, I finally trusted someone with my secret, you walked away? Why did you lie? I told you from the beginning that I was a struggle. I told you that I wasn’t good enough. And all you said was, “You are worth it.” Am I really? I’m clinically insane, Sean. I spent most of my childhood in shrink’s offices. I spent most of my 2nd grade year in a straight jacket. I attemoted suicide at 6 years old. I jumped of my roof, but I told everyone I wanted to see if I could fly. I really wanted to see how hard I could fall, I wanted to know how much it would hurt me. I wanted to die. At 6 years old, I knew *** was real. At 12, I downed an entire bottle of Tylenol. I didn’t want to go to middle school. I didn’t want to walk any further into H***. And over the summer, while you were having fun at church camp, and taking care of your grandpa, yeah, i attempted suicide again. I slit my wrists. But guess what? I climbed out of the tub, and stopped the bleeding. Want to know why? Because I knew it would hurt you. I knew I shouldn’t, I knew I couldn’t hurt you. Not like that. So thank you, for letting me look into the mirror, and think I saw beauty. Thank you for letting me read my poems and think I have talent. You really had me going for a while, but I understand now. I wanted to see how long it would take before you walked away. You just wanted to see how insane I truly am. And the saddest thing is, I loved you. I still love you. But at the same time, I hate you. Don’t bother talking to me tomorrow, or ever again. I don’t want to be lied to again. I don’t want to beleive you again. I don’t want to have another person think that I’ll be waiting when you decide to walk back. I watched you walk away today, but I won’t be watching you come back. Goodbye. 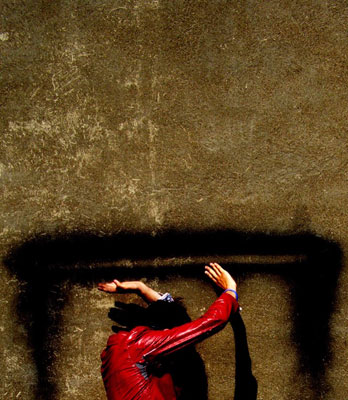 The author's comments:
My best friend said he would always be there, that he would never walk away....
Post a comment
Submit your own