The soft spring breeze blew strands of auburn hair in my face; children laughed and crunched gravel under their feet as they ran on the playground. I sat on the swing set that sat a little ways from the playground and watched. I watched the lives that went on around me; the children that ran, the parents that were keeping up with them just counting down the time until they could leave, the few adults on the mile long walking track, even the birds and squirrels were busy. I saw all this around me but my only focus was him. He was sitting on a white bench six feet to the right of me, starring at his cell phone. His sandy blond hair fell over his ocean blue eyes when he looked down. His arm muscles were slightly defined eve under his black mid-sleeve, his jeans had grass stains on them from all the flag football games, and he looked beautiful.
I twirled the pencil in my hand around as I thought how to start off, my mind kept wondering back to him. I glanced back at him ad now he was typing on his touch screen.
Why can’t he look at me? I think. Well, that’s obvious; I’m smart, I’m pretty but not LeShay Grey, the head cheerleader, pretty and, I’m not rich either, I’ve worked for everything I have ever had. I’m so not his type: He is failing every class except chemistry (He’s my lab partner) and football. He only goes out with girls like LeShay Grey and his rich CEO parents have given him everything. We are to different to be in love.
I glance at him again, he’s still texting. I sigh and begin writing:

Dear Dylan,
I used to write letters to this guy I liked in third grade. He never liked me and he was and still is a jerk. I liked him anyway, up until the day he got his first girlfriend, my heart broke. I still have the letters under my bed. Then six years later you transferred in. I thought you were just another spoiled rich kid but I was wrong. Under the bratty front you gave off you are the Dylan I’ve come to love; kind, compassionate and thoughtful.
I don’t really think I’ll ever give you this letter but, maybe one day I’ll tell you I loved you. I’ve loved you since the start of freshmen year and now it’s May; three days from graduation. I’ve cried over you and had my heart broken time and time again because of you.
In tenth grade, I was sitting on the swings at the empty playground, then I saw two figures; A man and little girl. They were laughing and playing. All of a sudden the man looked up to me and smiled. He was my husband. I realized then my eyes were closed and when I opened them I saw an empty playground. The man I saw was only a grown version of you. We will never have that life.
Being in love with you has been hurtful and has also taught me a lot. I will never forget you or how you make me feel. Maybe one day you’ll think of me too. But regardless I’ll always have the memories; Memories of seeing you all through high school. I’ll always have the feeling I get when we touch in chemistry or when you get to close.
And if I ever begin to forget, I’ll come back to where it all began, just to get a taste of everything we never were and everything we’ll never be.
I wish you well and a good life but, I have to move on.

I brushed my fingers over the page and closed my eyes. I had to move on but that didn’t make it easier. Dylan and I would go to separate colleges and never see each other again. I glanced at him one last time, he saw me and waved. I smiled and tears filled my eyes as I waved back. I turned and walked toward my car wishing to never look back again but knowing I would just to see a glimpse of him fading from my future. 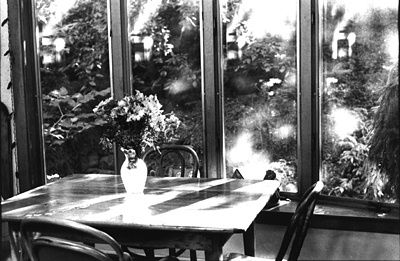