Hell is not what I imagined it would be. As I stand at these deadly gates waiting for my fate I can see beyond them that it is beautiful like a night rose garden. On the gates were the words “Do You Regret?” My body has become ghost like and wispy as if I could be blown away. Legends have told of hell being either a paradise or a fiery pit that leads to nothing. Apparently it’s based on what a person does in the time fate has allotted. I once read Homer’s epic the one that speaks of these very gates. I pondered the meaning of the phase on death’s door. What irony death is!
I was once a powerful queen of a prosperous country. My riches were envied by those across the world and for that bought many enemies. Our people were fierce some warriors never giving up on the fight. Yet I, a terror on the battlefield and the leader, gave up before war’s heart started beating. I wonder what will become of me? I was not an innocent maiden like my legend for told. I was as cunning, witty, and malicious as a woman needed to be as a queen in a world full of kings. The assets of the fairer sex proved useful against many. I feasted on the hearts of men as I did a game of chess, taking everything they held dear and ripping their heart out at the end. Emperors would fall as low as dogs for my attention succumbing to my every whim. Yes, being a woman was to my advantage, but it would be my utter downfall in the end.
My father had raised me as a weak and timid daughter that would become a trophy wife and nothing more. Mother had different plans that created the warrior in me. I would have became vain and without a heart. She told me to reach for the sky and to love life for every second. I know that she probably wished for true love to come my way, as it never did her, but unlike many of my mother’s wishes it came true.
I made my legacy, as a queen the world would challenge. War was a constant thrill and rush. My people were not bloodthirsty but as strong as any. I was arrogant and too proud to see the fall when there were so many signs. For I was exultant, but so blind for love had come my way to bring me to death. I had frozen my heart; love had burned it, and I gave my life to it.
I looked up from my thoughts, seeing the dead around me for someone had come out. A black stallion, more frightening and majestic than anything I had ever seen, called to me in a deep thunder of a voice, “Daughter of King Leo, Queen of the Amazons, please come forth and hear your judgment!”
I walked slowly towards the towering beast that guarded Hades’ throne seeing once again the phase of death “Do You Regret?” No, I wouldn’t regret anything I did in my life. For everyday I lived my short life, there was something to rejoice and remember. I was not perfect and if the past came to me, maybe I will drink of the river Lethe and born anew. Who knows of the future? I quickened my step and looked upon the one who command my fate. It was my love. 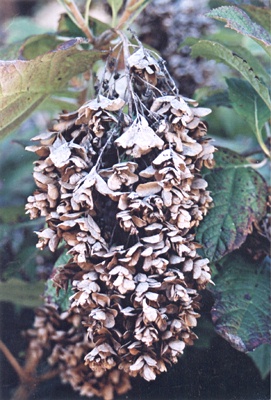