"Guess what." He leaned against the locker next to mine as I dug through my bag for my cell phone and geometry homework. Mike's dark green eyes were smiling mysteriously and my stomache flipped nervously.

"Me and Markell smoked last night and I'm still pretty high." His grin did seem a little lopsided. I felt my fist clench around my stuff and the deathly coldness that lived inside of me started to creep out.

"Awesome." I mumbled sarcastically and I shut my locker a little to hard. I loved Mike, but somethings about him just made me angry.

"C'mon, Haylie, don't act like that." He called after me as I marched away.

"Don't tell me what to do!" I called back. I heard him swear and smiled to myself.


The next hour passed slowly, turning in homework and receiving more. I held my phone in my lap the whole hour, debating with myself if I should text Mike, really give it to him for smoking, which he knows I absolutely hate. We had been together since the 7th grade and now we were sophomores. We had been through a lot together. I helped him when his mother passed away, or at least I thought I did. I did all the right things, but he turned to drugs. It made me feel like I wasn't good enough, you know? Like drugs was the answer and I was just... there. I hated it.

We had been through the whole, "I promise I'll quit" crap. The next weekend or so he would be at it again. He rarely tried to hide it from me. He enjoyed upsetting me.


I opened a new message and typed "Hey" expertly fast and clicked send without glancing down more than twice. The teacher, Mr. Straford, was at his desk grading papers. Everyone else was working on the worksheet that had been passed out. I sighed and decided to at least write my name on the top of my paper. My phone buzzed in my lap and I clicked open with my left hand while my right hand finished my last name.

"Haylie. You know I love you. I didn't mean to." I rolled my eyes. Ridiculous. If he loved me, he would quit, right?

"Ok. I mean it. Quit!" I clicked sent and started on the first problem.


The rest of the day passed as an uneventful Thursday. After school, I waited out in the front of the builing, trying to decide how I would get home.

"Hey, babe." Mike's voice made me jump. Normally he skipped his last hour and went to eat somewhere with his friends.

"Your still here." I stated dumbly.

"Yeah. I wanted to give you a ride." He wrapped his arm around my waist and led me through the parking lot to his old pick up. I climbed in the passenger side and he yelled to one of friends before he climbed in. The console was the only thing seperating us. He held his hand out to me and I wrapped my smaller fingers around his hand and he smiled. He looked at me with eyes full of love and I felt my heart swell. How could I ever live without him? He pulled out onto the rode and turned towards the street that would take us towards my neighborhood. I glanced down at the console, wishing it wasn't there so I could scoot over to him and wrap my arms around him. I let go of him and ran my fingers along the edge of it, looking for a latch.

"Uhh, Haylie." He suddenly looked nervous as my fingers found the latch. "Don't..." but I cut him off by swinging it open. A plastic bag sat there alone and after the 1.8 seconds it took me to idenify what it was, kind of blurred together.

I grabbed the bag and screamed at him.

"What is this?!" I felt anger boiling in me, and I have a temper like no one else.

"Haylie! Stop. Please. Just put it down." He swerved to stay in the right lane, one hand reaching out towards me, to calm me and grab the bag I don't know. I scooted as far from him as possible, cranking the window down as fast as I could.

"Haylie! Don't!" He yelled at me now and I winced, frozen for a moment. Out of all the the fights I had picked with him, he had never yelled at me. He was going to start yelling at me for this?

"Stop the car." I said quietly. He sighed and slowed to a stop on the side of the road. No cars were passing us and the small road was empty. I handed the bag to him.

"Here." I whispered, afraid my voice would crack. My throat was full of tears and my eyes were watering.

"Haylie..." I opened the door and climbed out, clutching my stuff to me. I heard him clumb out, too. I started walking away. I didn't want to be near him at the moment. All I really wanted to do was cry. His hand grabbed my shoulder and pulled me back to him and he wrapped himself around me in a huge hug and I started crying. He patted my back and smoothed my hair. He was acting as if someone else had inflicted this pain on me. It was his fault.

"Why can't you just quit?" I asked through my tears.

"Haylie." He just said my name and cried harder. "I'm sorry. I really am. I'm trying." He leaned down and kissed me forehead and then titled my face up to him. "Haylie." He sounded so sad. I wiped away my tears and stepped back from him.

"You yelled at me." I said flatly.

"Why did you do it." I crossed my arms, my coldness seeping through again.

"I don't know." He stared at me intensly and I sighed.

"Why can't you just quit? Could you at least do it for me?" I let a single tear slip through and before I could wipe it away, he reached forward and beat me to it.

"I'll do anything for you." 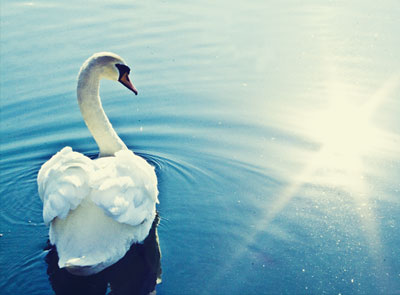 View profile
Again, great work!  There were only a few mistakes (Your instead of you're in one place, a few typos), but they didn't take away from the story.  Excellent work! :)
Inspirus GOLD said...
on Nov. 26 2011 at 5:51 am
Inspirus GOLD, Mombasa, Other
14 articles 0 photos 8 comments
View profile
Hi Odessa. Like your story. I read a lot of fantasy written in third person so I  have vno experience in realistic fiction. Though I must say that you captured me in your story,I could almost see Mike. Guess thats what a author does. I really wish you'd write something continuos like a story. I'm sure it would be nice. I have a mind on writting a realistic fiction series with a bit of supernatural incidences to spice it up, and of course high school romance.  Please read my stuff and comment too,critically. I write poetry.