Favorite Quote:
"When it rains and shines, it's just a state of mind." John Lennon

Eve awoke, her dream still in her memory but slowly blurring. The sight of tumbling rocks and the feeling of terrifying flight rapidly flashed in her mind before fading softly. She lifted her head, letting her long, pale, blonde hair fall from her shoulders and come to rest on the back of her nightgown. She rubbed her green eyes, still heavy from sleep, before leaving her cot and approaching a metal rod from which a speaker was attached. As she reached it, a voice imitating a woman’s greeted her.

“Good morning number five-two-five. I hope you had a nice sleep. What would you like to eat today?”

“Yes, I’m sure you do hope that I slept well,” Eve retorted gruffly. “I’m not hungry.”

There was a moment of hesitation. “Surprise me.”

Eve went back to her cot and plopped down. She waited for a moment, hands folded, until melodic, serene notes sounded from the speaker and filled her small, cold room.  As the music continued, she recognized the piece as a movement from Handel’s Water Music. Her mother had always played classical music throughout their home. From a young age, Eve had been an avid listener, training her ear to be able to recognize and know each piece by name. Even now, when there was nobody to share her vast knowledge of the genre with, it gave her joy knowing that she had good taste. Eve found the music fascinating, almost funny. After hundreds of years, these pieces were still played, studied, and remembered. As Eve got lost in the music, a piercing chime interrupted her daydreaming. She let out an exasperated sigh and returned her focus to the speaker. The same artificial voice spoke.

“Your schedule is ready. Today’s task will be a special challenge. After you get ready, step outside the sleeping quarters. Your assigned garments are waiting outside the door. That will be all. Good luck.”

Eve sighed and, with a stretch, began to walk on the icy, metal flooring towards the door. She turned the doorknob and was greeted with a warm breeze and the smell of rain. Outside she could see a tropical forest-like environment filled with trees, flowers, and the distant calls of birds. Eve could distinguish certain plants such as bromeliads, strangler figs, and the bright, vibrant colors of orchids. These surroundings would seem completely natural if not for the silver dome walls that surrounded her enclosure. At her feet was a small, copper-colored box the size of a shoebox. Eve lifted the box, which was surprisingly light despite its metallic features. She took it back to her room and dropped it onto her cot. Inside was her assigned clothing: a greenish-gray long sleeve, gray sneakers, short billowy pants, and a watch that read nine o’clock. She quickly changed, folded her nightgown, and opened the door only to be greeted by the same scenery as before. With a deep breath, Eve stepped outside.

As she walked, the crunching sound of fallen leaves soothed her. The day seemed almost normal. Everything was quiet apart from the birds and the rustling of artificial wind, but to Eve this was as quiet as quiet could be. Nothing was ever this quiet. Eve continued walking, confused by the peace. She passed through bushes, over fallen branches, and around patches of flowers. Everything was peaceful, but Eve was far from calm. Her mind raced, and she knew this tranquility wouldn’t last.

“Something always happens,” Eve said to herself. “Something is wrong, something has to be wrong.”

Eve looked at her watch. It was now ten o'clock. A full hour of nothing. As her watch hit ten-twenty, the birds went silent before a screeching sound reverberated throughout the forest. It was an ear-piercing, loud and shrill alarm. Eve put her hands to her ears, but that did not block out the cries. It was as though they were sounding a warning, signaling incoming danger with a chorus of death. The sharp scent of burning wood stopped Eve’s wondering. As she turned, scarlet and orange lapped at the trees and spread faster than her heart was racing. Eve could feel the fire’s heat on her face as it approached. Without thinking, she ran. She did not know where she was going, but she ran anyway. She ran as fast as she could, ignoring the bushes, the flowers, and the trees, but the flames proved to be faster. The back of her legs began to feel hot as the fire continued to follow. As Eve pushed herself through hanging leaves, she could see in the distance a narrow stream. The sight of the water pushed her forward and, with one final stride, Eve plunged into the stream. It was shallow and rocky, and though her legs were cut up, she was safe from the flames.

After a while, Eve composed herself and took heed of her surroundings. In front of her the fire continued to spread, but its attempt to pass the stream had failed. Behind her was untouched forest. It appeared safe, as though something comforting was beyond the trees, but Eve had never gone into that side of the terrain. It could be dangerous. The only thing to do was wait. Eve faced forward and stared at the crackling fire, the heat strong on her face. She looked up and saw faint wisps of clouds barely covering the high metal ceiling. Rain would not come for quite some time, the fire still blazed with no signs of stopping, while Eve sat helplessly in her stream. She looked at her hands beginning to prune from the water and just waited. On her wrist the watch read ten-thirty, then eleven, then eleven-thirty. Eve decided the only way out was through the untrodden forest behind her. She would be able to escape the fire. She would be able to find safety.

Eve’s clothing from her chest down was soaked. Her shirt stuck to her, making her feel an uncomfortable wetness against her skin. Her pants clung to the sides of her legs, and her shoes made a “squish!” sound as she walked. She was freezing, and it felt as though she was being grabbed by cold, dead hands. But these feelings could not allow her to stop. She continued to trek through the new territory. It was not much different from the rest of the forest at all. In fact, it looked the same. The same vines hung from the same trees, and the same dew clung to the same leaves, and the same insects hovered over the same flowers. However, something felt different to Eve, as though something lay in wait up ahead. This made Eve hesitate for a moment, but a force of curiosity overpowered her caution. She continued her exploration of this new area. The watch read twelve-fifteen, and Eve’s stomach began to growl. She would have looked around for fruit to quench her, but she was much too focused. Something seemed to draw her deeper into the new, strange place.

A small cottage with wooden sideboards came into view. Eve approached as the place felt familiar, even contrived. Eve peered through the window. A candle flickered by the windowsill. Inside, an adult willowy figure with pale blonde hair much like Eve’s sat at a piano. The woman’s eyes were fixed on the keys, playing, never once looking up. Beside her sat on the floor a smaller female figure with similar features, a child whose eyes were glued on the woman. The notes she played trickled through the window, and Eve heard them as a quiet, melodious tune. The melody, much like the house and the woman and the child, were so familiar, yet they did not seem real.

Suddenly, the music stopped. Eve stared into the room as two new figures came into focus near the woman and child. Their cold, hard, shiny bodies approached, their silver limbs grabbing. The smell of burning wood filled the air, and Eve stood motionless by the window.

Eve woke up, her dream still in memory but slowly blurring. The smell of burning wood and the sight of icy, silver limbs rapidly flashed in her mind before fading softly. She was shaking, but she could not remember why. Confused, she rubbed her green eyes, which were watery and stung as if from weeping, before leaving her cot and approaching a metal rod from which a speaker was attached. As she reached it, the voice that imitates a woman’s greeted her as it did every morning.

“Good morning number five-two-five. I hope you had a nice sleep. What would you like to eat today?” 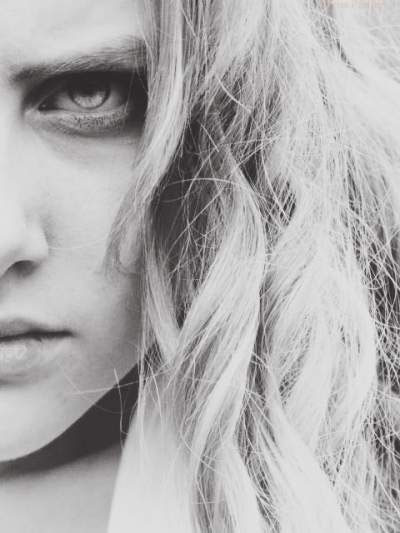 This is a sci-fi work of fiction I wrote that was inspired by the style and work of Shirley Jackson and of Suzanne Collins. I don't want to give away any spoilers. Enjoy!