Alex barreled through the underbrush; the tracker was almost on top of him; he had underestimated his pursuer’s skill. Behind him a warhorse crashed after him with the rattle of mail and the snapping of branches. If only Alex could reach terrain impassable by horse he might stand a chance of escaping.

“Come back here you filthy little poacher!” thundered the tracker, in his mind’s eye Alex could almost see the look of cold fury under the man’s graying beard, the one that said that he wanted to see Alex at the gallows.

There, up ahead, was a steep rocky ledge. Propelled by desperation and the primal instincts that come with hunger Alex launched himself upwards towards safety and freedom. He scrabbled for handholds, sending a shower of loose shale to the ground. At last he pulled himself over the edge and caught his breath in big heaving gasps. He ran a hand around his throat where a noose would go if he didn’t escape. Alex could almost feel it tighten its deadly grip.
The sound of hooves and cursing drew closer. Alex dragged himself to his feet and rewarded himself with a smug look at the tracker’s rugged features as he came into view twenty feet down, then he was gone again.

Alex didn’t bother covering his tracks; the tracker was too good. Through swishing chest high ferns and saplings he ran, over rotten logs and rocks, across streams and a swamp that reeked of decay. With any luck the tracker would think he died in the quagmire, but then again Alex was not the luckiest man.

Were those hoof beats he heard? No it couldn’t be; the tracker still had to find away around the ledge and the undergrowth would slow his progress…wouldn’t it?
His young bones and muscles served him well; he was in his prime, and no mere forest could defeat him, especially not with a tracker hounding him. His wits were about him as well; he was not so foolish as to actually lead the tracker back to his lair; he had a plan incase he was caught poaching.

The soothing rush of water over rock reached his ears from nearby. Alex could scent cool fresh air ahead. He quickened his pace to a sprint. Out of the forest’s fringe and across a rocky bank a dozen yards wide he ran. The tracker would probably find traces of his passing even amongst the stones in the form of their upturned brethren. Into the river he went. The current was swift yet he struggled upstream anyways to leave foot prints in the thick silt before letting his feet come free and for him to be carried down river with the current.

It was later when he had reached the opposite bank a mile south that he began the shift. He groaned in pain as feathers exploded from his skin and his bones altered their structure, a hooked beak grew from his angular face, turning his groan into the shriek of an eagle. He trembled with the shock that he experienced every time he changed and then it was over.
He scrutinized the opposite bank with his sharp predatory eyes and saw the tracker dismount his great steed, dark and worn leather coat trailing at his ankles and a crossbow resting at his hip. The man studied the ground with an intense scowl that turned to wrath when he saw the tracks end. The tracker’s gaze snapped upwards to where Alex perched as if he could sense his presence even at this distance.
Beep!
Alex allowed himself an internal chuckle as he spread his wings and freed himself from the restraining manacles of gravity. What could the tracker do, now that he was an eagle? He climbed over the forest and all the creatures that cowered at his presence. Alex was on his own turf now and no one, man or beast, could catch him.
Beep! He heard it again, loud and obnoxious.
The sun didn’t have much longer before it was swallowed up by the horizon.
Beep!
There it was; his cave in the mountainside; his home; his shelter.
Beep! Beep! Beep!

“Alex, get up,” gentle hands shook his shoulder and he snapped upright in bed. He cracked his bleary eyes and took a moment to realize that he was no longer Alex the outlaw, but his consciousness had switched to controlling the body of Alex the college kid. Band posters splattered the walls of his dorm room and his clothes were strewn across the floor as if they were the aftermath of some cataclysmic explosion. He took a fistful of his shaggy brown hair in each hand. Great, just great. 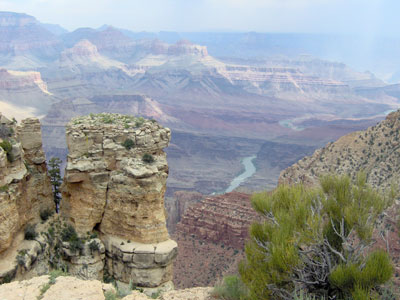 Favorite Quote:
"Hope sees the invisible, feels the intangible, and achieves the impossible."

View profile
That was a very detailed and enjoyable story. I loved every bit of it!